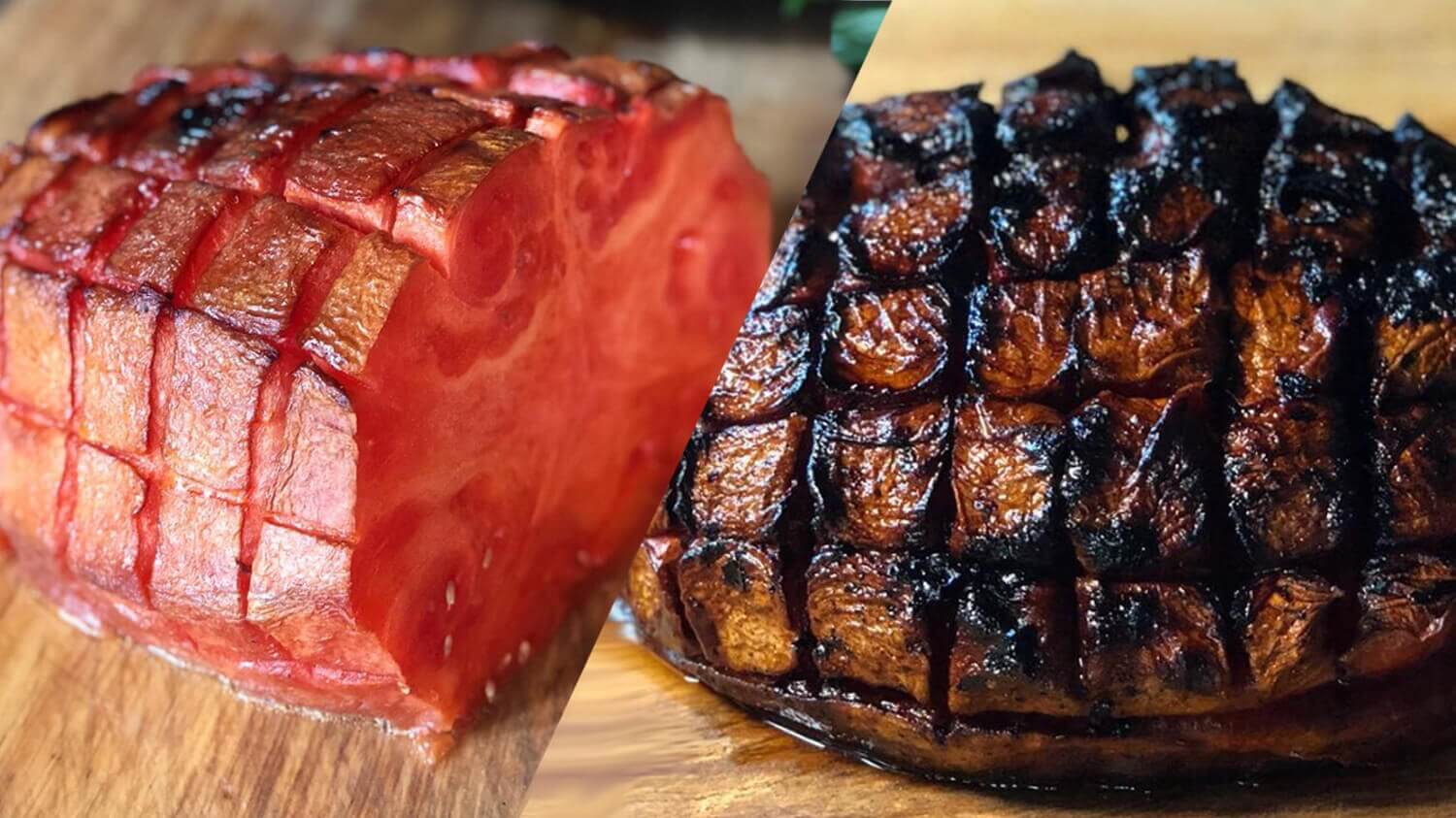 Earlier this year, Ducks Eatery, a meat-centric, BBQ restaurant in New York City, launched a new menu item – a vegan smoky ham made from Watermelon. The $75 dish was a social media sensation and continues to be in high demand; in fact, the growing waitlist to try the innovative vegan meat has now reached 30 days.

Described as savory, salty, hot, and juicy, the Whole Smoked Watermelon “Ham” takes around four to six days to prepare. It is brined in coriander, oregano, and salt and then dried and smoked for half a day. Before serving, it is basted in rosemary and olive oil, as well as its own juices. Chef and owner of Ducks Eatery, William Horowitz, recently told the New York Insider, “We simply do the same thing we’ve been doing for thousands of years to meats – but we do it to a melon.”

Horowitz is no stranger to creating fruity meats which mimic the taste and texture of the real thing. Earlier this year, he launched the Smoked Cantaloupe Burger; a dish so convincing that some diners have struggled to identify it as anything other than a conventional hamburger.

A smoked cantaloupe burger a day, keeps the doctor away☝️

If we can serve meat or fish in a variety of different ways, why not do the same with fruit? Asks the restaurant-owner. “It’s ok to have all of these things,” he told Gothamist. “[Watermelon ham] is never going to replace raw watermelon, because it’s f*cking delicious.”

Plant-based meats are soaring in popularity around the globe, with many restaurants and brands now offering a variety of soy, tempeh, or pea-protein based products which look, cook, and taste like the real thing. However, like Horowitz, some chefs are also turning to fruits to create new innovative vegan dishes. Jackfruit, in particular, is a popular ingredient on many menus. With its pulled pork-like texture and appearance, the Asian fruit is the ideal base ingredient for a variety of plant-based dishes, including curries, Mexican dishes, and pasta.

There are no limits to fruit-based meats, with some chefs producing entreés that are even more out of the box than a vegan watermelon ham. For example, In Noma, a Copenhagen-based restaurant, chefs use quince and plum to mimic chorizo and salami, as well as strawberries and fava beans to make ceviche, a traditionally seafood-based recipe.

For more information on Ducks Eatery’s menu or to preorder the watermelon ham, see here.