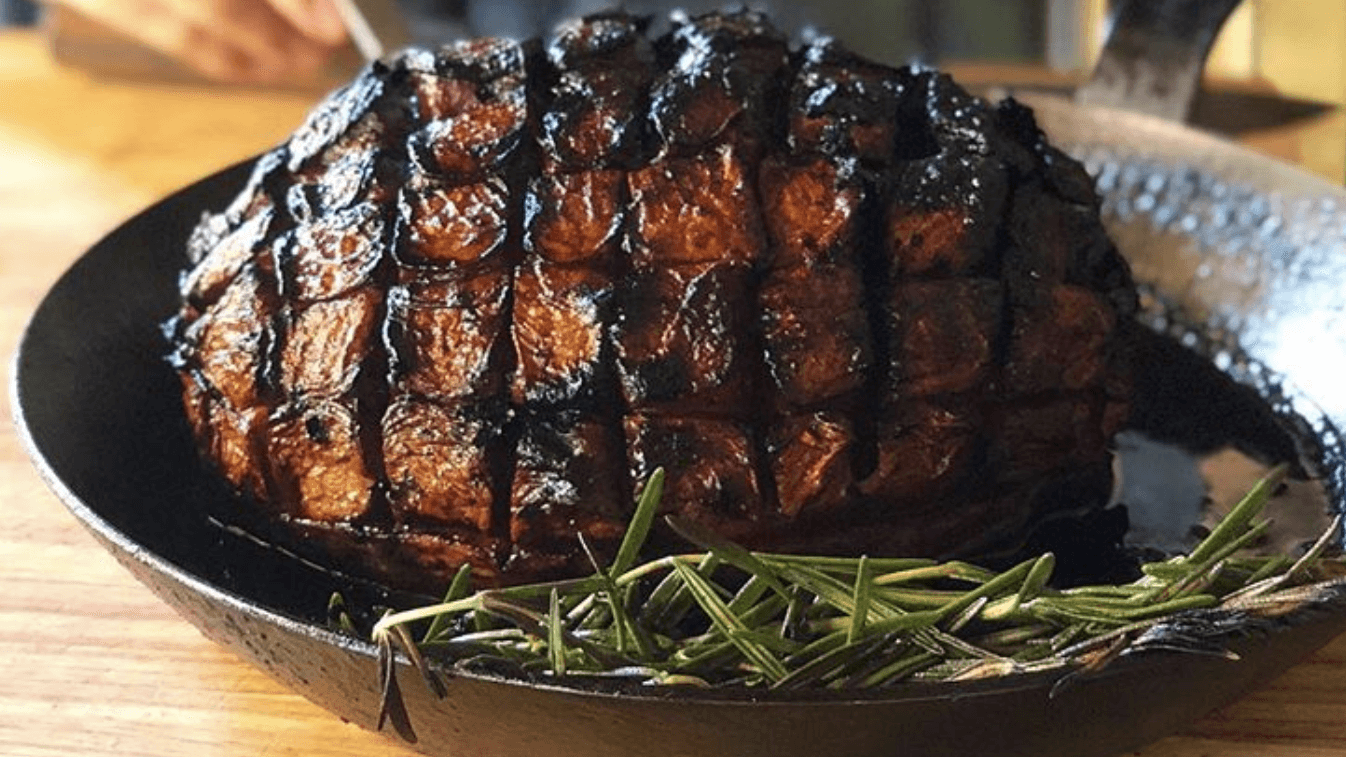 Vegan ham is now being served at popular New York City restaurant, Ducks Eatery. The ham though isn’t made from gluten or tofu. It’s made from watermelon. A whole entire watermelon.

The watermelon resembles meat visually, “like a ham” according to New York Insider, and is said to taste “smoky, savory, salty, hot, and juicy.”

Ducks Eatery made headlines last year with its cantaloupe burger. The meat-heavy restaurant wanted a veggie (fruity!) option for its customers but wanted to take a departure from the Beyond Burgers or housemade bean and grain burgers.

William Horowitz, the chef and owner at Ducks Eatery, explained, “We simply do the same thing we’ve been doing for thousands of years to meats – but we do it to a melon.”

The smoked watermelon takes four to six days to prepare. After being brined in coriander, oregano, and salt, it is dried and smoked for half a day. Finally, the watermelon is basted in rosemary, olive oil, and its own juices before being served.

The “ham” even has a skin-like texture, created by Duck Eatery’s special ingredient, oakwood ash.

Horowitz acknowledges that this seems strange to many diners, but says it ought to be considered “pretty normal” because it is “delicious.”

Let the melon madness continue!!! ? . (…and a happy #briskettuesday to the rest of you!)

Watermelon may seem like a strange choice for replicating ham. The fruit, which is packed with vitamins A, B6, and C, lycopene, antioxidants, amino acids, and even a small amount of potassium, is roughly 92 percent water.

However, the fruit is making more and more appearances as a vegan “meat” product. Earlier this year, Sakara released watermelon jerky. Michelle Lee, Editor in Chief of Allure and former Editor in Chief of NYLON, is a fan of the jerky.

She showed off the product on Instagram, writing, “Starting the new year trying to eat a bit healthier. Got this @sakaralife Watermelon Jerky this morning which tastes like a firmer, less sweet Fruit Rollup. In other words, yuuuummmmm.”

To try the smoked watermelon “ham” at Ducks Eatery, you’ll need to preorder the dish a week ahead. And it’s going to set you back a good bit more than the 0.99 cents per pound melons at the market. The watermelon ham is priced at $75 and can feed three to five people.