What’s a blood-lusting vegan werewolf supposed to eat? That’s one of the dilemmas the main character faces in the new horror movie, “Bloodthirsty.” It debuted this week at the Cannes Film Festival’s virtual film market.

The Canadian indie film follows Grey, played by actor Lauren Beatty. The young, plant-based singer, despite taking anti-psychotic drugs, has intense visions of becoming a werewolf. Grey struggles with emotional turmoil and her growing cravings for meat while she tries to record a new album. Amelia Moses directed the female-centric film.

“We have a hybrid–a mix of a human and a wolf,” Moses said in a release. “It’s a bit more gruesome, a bit weirder,” she added. “And we still get the emotion of the main character, even when she’s a werewolf.”

This is the first time Cannes’ has held a virtual film market. Cannes canceled this year’s festival due to the coronavirus pandemic. It was originally scheduled to take place last month.

“As nobody can leave their house, a virtual market is the next best thing. It’s a valid and worthwhile effort … people need something to initiate interactions. If this virtual market can help in some way to stimulate business that’s a great thing,” Dylan Leiner, Sony Pictures Classics’ executive vice president, told Variety. 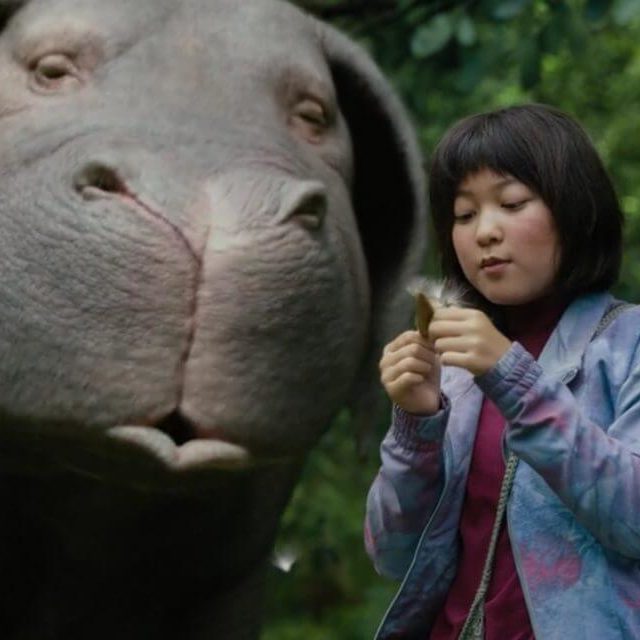 This isn’t the first vegan-centric movie to debut at the film festival.

The film follows a young girl, named Mija, as she tries to rescue her best friend, Okja, a genetically modified super pig.

It shines a light on the major corporations and lobbyists that support the meat industry. And also exposes the uninformed consumers who purchase the products.

For Moses says she also uses the medium of “Bloodthirsty” to connect with her audience.  “I’m looking for something more visceral, that slowly gets under your skin and for me, as a horror fan and an audience member, those are the films that I enjoy more,” Moses told the Hollywood Reporter.

“Hollywood likes a strong female lead. Yes, I’m all for that. But I always want to see women who are vulnerable or a bit [expletive] up, who are struggling too, because that’s humanity.”