The hummus and pomegranate wrap, which is the train line’s first finger food option, was inspired by the Vegan Society’s “Vegan on the Go” campaign that encourages vendors to provide animal-free options for today’s fast-paced society.

“We’ve been campaigning for decent vegan options on trains through our Vegan on the Go campaign and it’s great to see Virgin respond with products that anyone can enjoy,” Elena Orde, Communications and Campaigns Officer at the Vegan Society, said in a statement.

“Market trends are showing rapid growth in plant-based eating, particularly around this time of year when people are following on from their New Year’s resolutions to try a vegan diet as part of Veganuary,” Orde continued, referring to the campaign that inspires people to ditch animal products for the month of January. The initiative just saw its most successful run yet, with around a quarter of a million people signing up to try it in 2019. 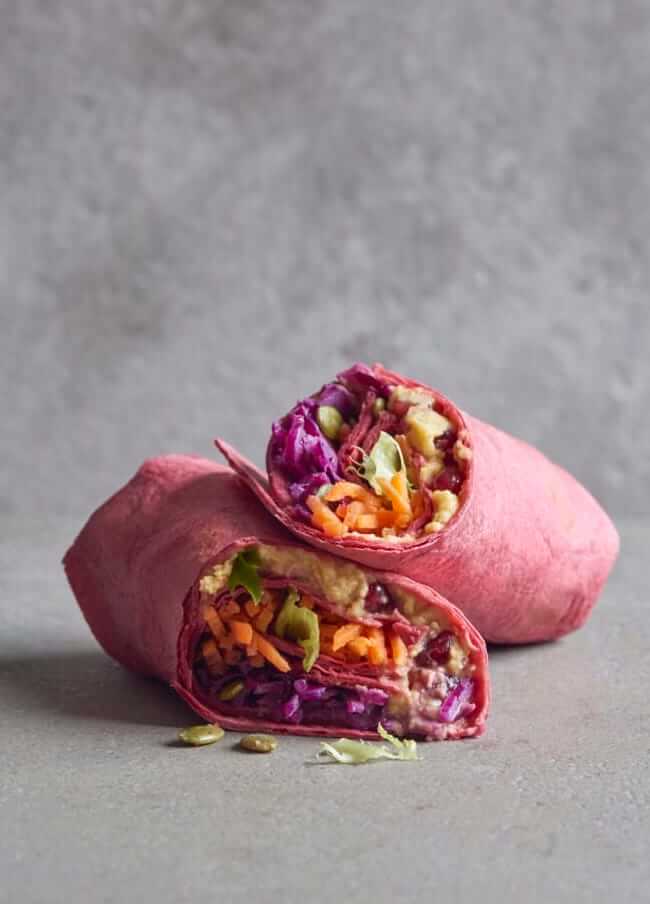 “We hope that other train companies will follow Virgin’s lead and take notice of the power of the vegan pound,” Orde said.

Julie Harper, Virgin Trains’ Food & Beverage Proposition Manager, said she has been overwhelmed by the response to the vegan items added last year, reporting that many Virgin customers are eager to try them.

“The response from our customers has been really positive. Vegans who want reassurance that they’ll be looked after onboard have welcomed this but we’ve also had great feedback from non-vegans,” Harper noted. “We’re delighted to be working with the Vegan Society and hope to be launching more products officially registered by them through the year.”

The hummus and pomegranate wrap costs £3.90 from the onboard shop.