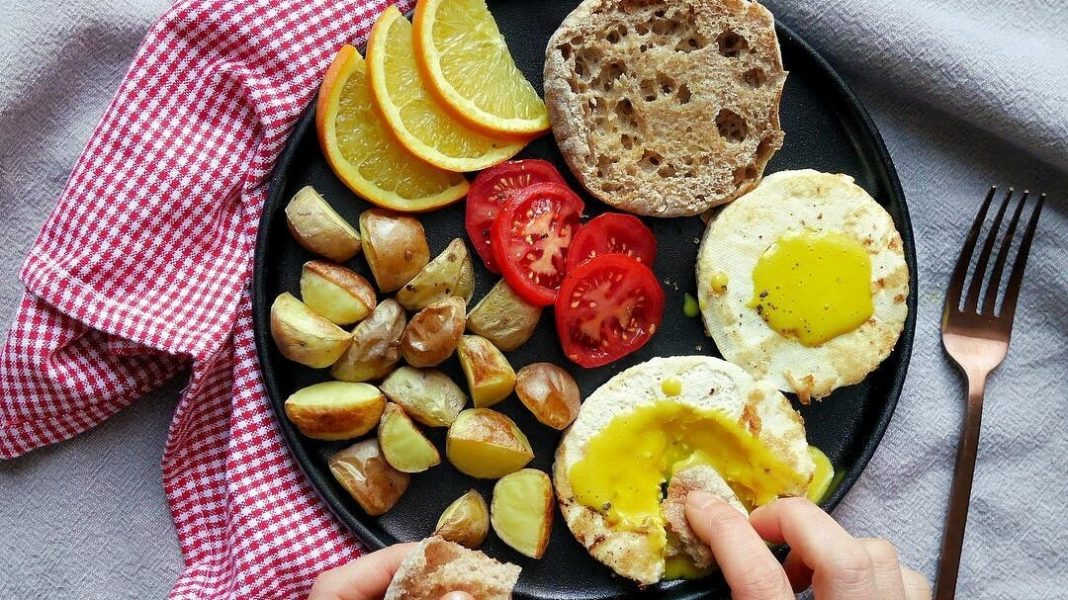 The Vegan Ronin – aka Jhenn, a top European chef who specializes in Japanese cuisine – has created a vegan version of yolky fried eggs.

Made from different starches, Jhenn’s fried vegan egg sizzles and cooks just like a chicken egg; the yolk even runs when broken.

The chef posted videos on her Instagram account of the egg being fried. She wrote in the caption, “you went crazy when I put this on stories, so here’s a real post! Yes it’s vegan. I decided to do some fast & loose eggs-periments. They’re made mostly of different starches.”

Whilst the egg looks realistic, the chef noted there is still work to be done on the recipe. ‘[I] would like a thicker skin on the ‘joke yolk’ and also a silkier white. Getting there!” she said.

You went crazy when I put this on stories, so here's a real post! ?YES IT'S VEGAN? I decided to do some fast & loose eggs-periments ? They're made mostly of different starches.? ✏️There's still more tweaking to be done- would like a thicker skin on the "joke yolk" and also a silkier white. Getting there! ?Would love to have it for a donburi (rice bowl) party or the bibimbap & board game supper club.? ??? I'd like to attempt how-to videos for Japanese food: what would you like to learn how to make? ?️ ✨Love, Jhenn✨ #veganchef #veganegg #friedegg #veganfood #cheflife #recipedevelopment #vegan #plantbased #friendsnotfood #vegetarian #supperclub #donburi #vegg #londonfoodie #londonvegan

Jhenn works as a private chef in London, catering for dinners and parties. She also hosts her own events including supper clubs and board game parties. According to the chef, once the recipe is perfected, she’d love to debut the vegan fried egg at a “donburi (rice bowl) party” or her “bibimbap & board game supper club.”

Vegan Eggs Cracking Into the Mainstream

Whilst plant-based meat and dairy-free milk choices are cropping up all over the world, egg-like products can be more difficult to find. However, various companies, bloggers, and chefs are working to create realistic vegan alternatives.

French Canadian Instagrammer and recipe developer Loouine Cuisine created a vegan egg using potatoes. Caroline said she created the dish because she missed the taste and texture of chicken eggs. She described the vegan egg online, “[It’s] delicious on lightly pan-fried tofu, and probably exquisite on pasta or in a sandwich.”

Recipe blog The Feed Feed also showcases a number of different egg recipes from a variety of foodies and bloggers. Recipes include everything from tofu McDonald’s-style egg muffins, scrambled vegan eggs, and vegan Shakshuka – a dish that normally revolves around poached eggs.