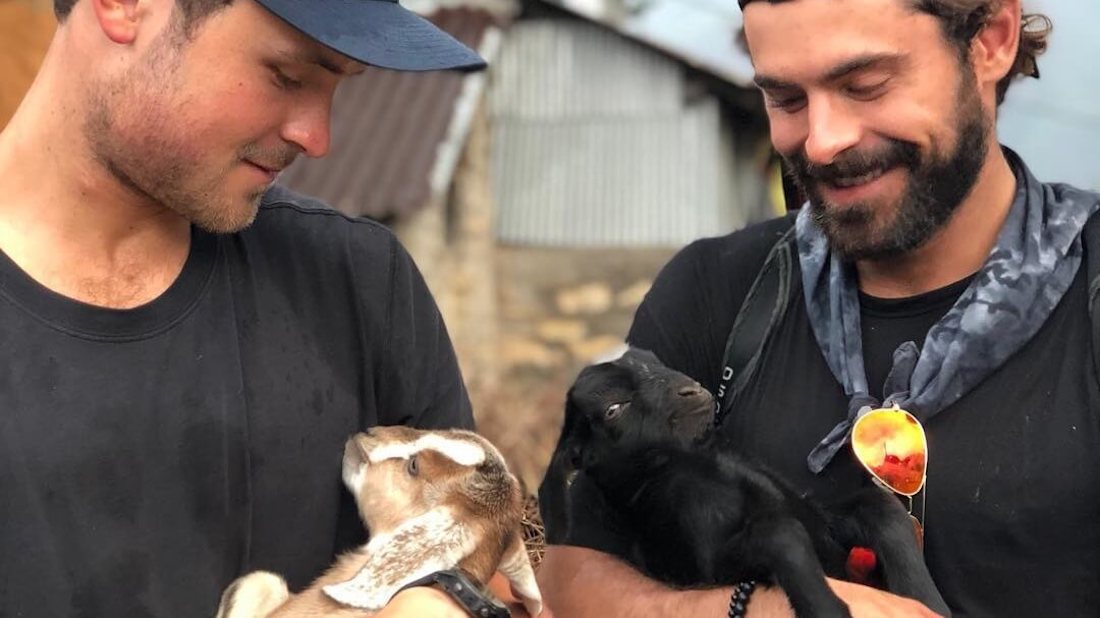 Actor Zac Efron has been cradling baby goats with his younger brother Dylan Efron at an unnamed location, as the pair are “off the grid.”

In a recent Instagram post, Efron said, “Going off the grid w/ @dylanefron for a few days to ?. ✌️ LA.” The picture posted alongside the caption showed the brothers looking down and smiling at the small goats in their arms.

Going off the grid w/ @dylanefron for a few days to ?. ✌️LA

Recently the star has shown his compassionate side — in April, he adopted a pit bull, saving it from euthanasia. “Tilly now MACA was being led to the kill room when we stepped in and said we would take her. She was turned around and brought to us! This guy named Zac Efron (we hear he is an actor, but we think he actually waits tables) came in and fell in love,” said Barks n’ Bitches, a humane LA pet shop.

“He went through our application process and fostered MACA and just could not give her back,” it continued. “So MACA now lives with Zac! This is her happily ever after! Happy life MACA! Happy life.”

Soon after rescuing MACA, Efron posted a picture on Instagram of the two together with the hashtag #adoptdontshop.

Hey planet ?, this is MACA. #adoptdontshop

The star of “Neighbors” also recently made the decision to go vegan. In March, the actor told Teen Vogue he was feeling “brilliant” thanks to the new lifestyle. “[Its] completely changed the way that my body works,” he explained. “And the way that I metabolize food, the way it turns into energy, the way that I sleep. It’s been brilliant. It’s been great for my exercise, and great for my routine.”

Efron is not the only celebrity who has chosen to follow a more compassionate lifestyle in recent months. “American Pie” star Mena Suvari also chose to go vegan; the actor wrote on Alicia Silverstone’s blog “The Kind Life,” “I soon realized that in order for me to feel my absolute best I also needed to veganize my closet and replace animal items with cruelty-free materials!” She recently spoke out about the use of down feathers in the bedding industry, writing to Bed Bath & Beyond and urging them to move “beyond cruelty.”