On the evening of Thursday 22nd February, Christopher-Sebastian McJetters, a lecturer of Columbia University, gave a talk on intersectional discrimination between race, class and species. During the talk, organised by the Cornell Students for Animal Rights group, McJetters discussed how veganism can be used to address racism.

McJetters acknowledged how, of course, the mainstream vegan movement focuses on issues of animal rights and the ethics that surround consuming animal’s bodies for food. However, he raised the point that perhaps the movement has far greater potential outside of this core issue. As reported in The Cornell Daily Sun, McJetters stated, “What we do to other animals informs how we treat one another on this planet, and it is always – always – someone who doesn’t have institutional power, and they’re usually brown.”

The lecturer explained that violent racist attacks often occur because the victim has been dehumanized by their attacker. To back up this comment, McJetters used the example of a real-life situation where a Black man had been murdered by police officers. The police officers had justified their actions by saying that the man was an “animal”. 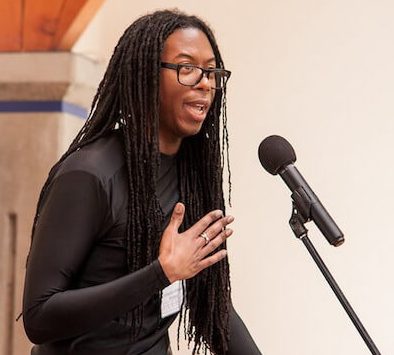 If we treat animals as equals, as sentient beings deserving of respect, this eliminates this justification. It is no longer viable. Veganism can teach us how to treat our fellow man, not just our fellow animal.

“[Veganism is] what we can do, and is something that is so much more powerful than all the other things that we can do combined. And we don’t have to wait to do it, you can do it right now, because your liberation is wrapped up with every other being on this planet we have to love and defend,” McJetters said.

McJetters is not only a lecturer, but also a part time writer at Vegan Publishers and a keen social justice advocate. At the end of 2016 he spoke of why animal rights can also be a queer issue.