South Africa’s vegan community is growing, with more people turning to plant-based food in cities like Johannesburg. Looking at where plant-based, cruelty-free living is most popular, the country has ranked in the top 30 in the world.

Veganism is at an “all-time high” in South Africa, according to food website Chef’s Pencil. The site gathered Google Trends data to analyze the vegan movement in Africa, the second largest continent on the planet.

The website looked at searches under the veganism category including “what is vegan,” “vegan restaurants,” and “vegan recipes.” According to Chef’s Pencil, Google hands out scores to various locations based on the level of interest shown in a topic by assessing the searches being made. Google compares the searches made about a particular topic to all searches made in that location.

The Google Trends data placed South Africa as the 23rd country in the world in terms of interest in veganism. It’s the only country in Africa with a “sizeable vegan following,” Chef’s Pencil said, with countries like the United Kingdom, Australia, New Zealand, and Sweden taking the top spots. Stellenbosch, Johannesburg, and Cape Town all ranked in the top ten South African cities for veganism.

Chef’s Pencil pointed out that whilst some keywords are likely searched out of curiosity, others – like “vegan recipes” and “vegan restaurants” – reflect a “strong intent for following a vegan diet.”

The Google data suggests that South Africa’s attraction to veganism is only growing. In 2008, the country had an “interest in veganism” score of 12. This has steadily increased in the last decade, with South Africa hitting 100 – the peak popularity level – in January this year. 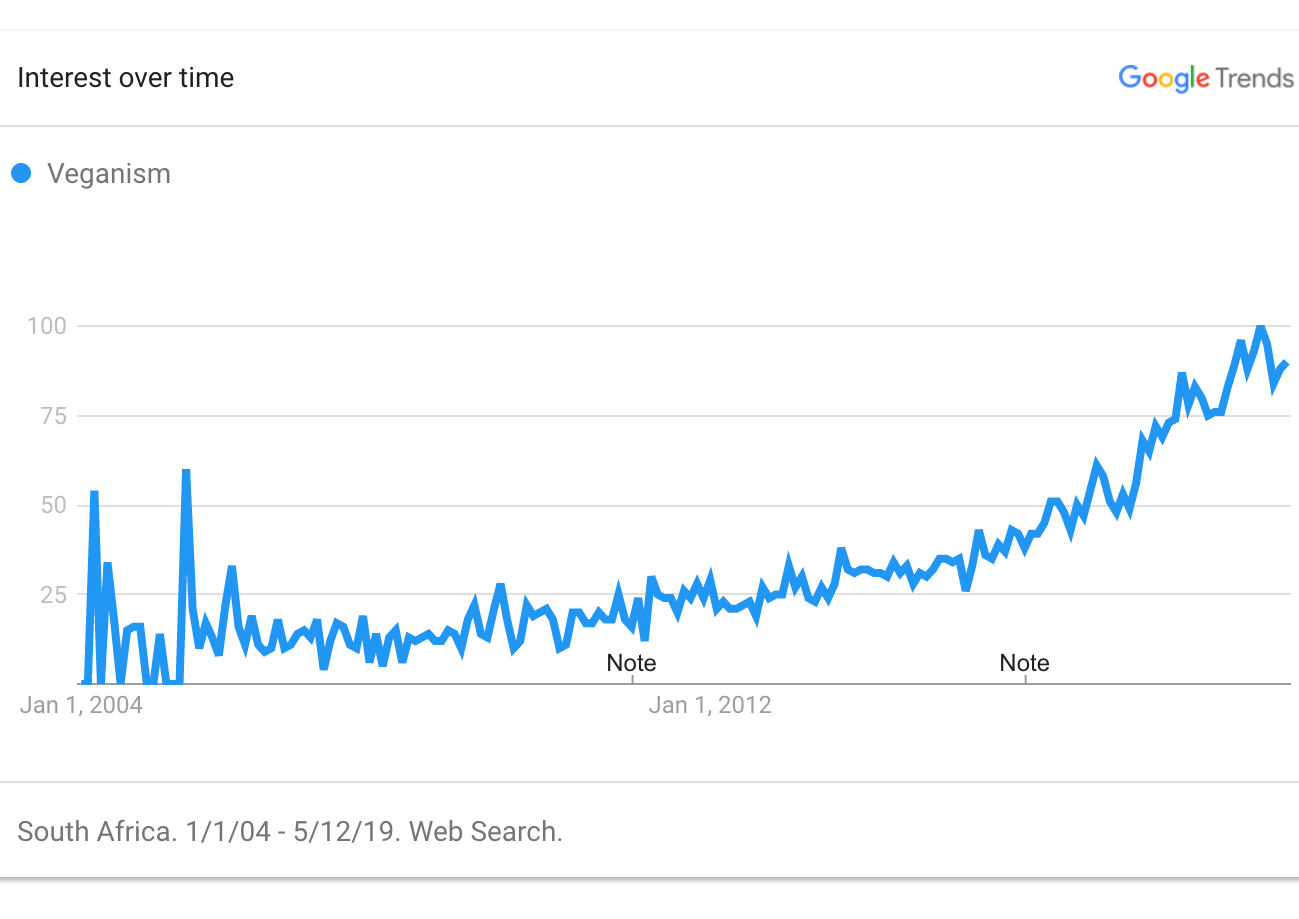 Org de Rac promised to remove animal products – like fish oil, bone marrow, gelatin, and isinglass (gelatin from fish bladders), which are all used in the fining process of wine – from its products. Cellar master of Org de Rac, Frank Meaker, said, “Having kept a keen eye on the local and international wine market, there can be no doubting the enormous rise in veganism as a way of life, especially among the so-called millennial crowd.”