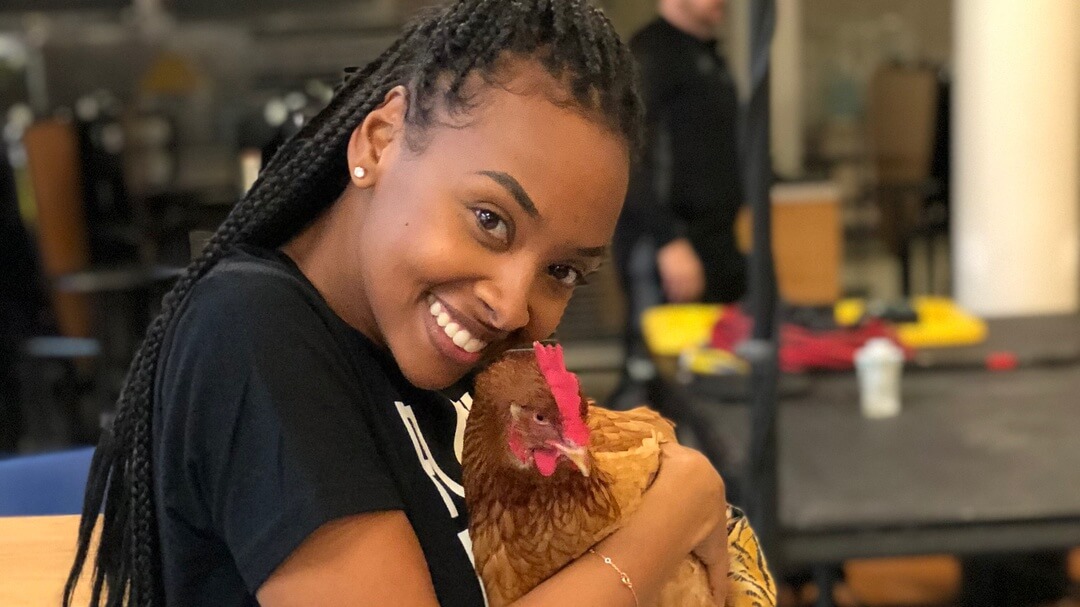 In a video for PETA (People for the Ethical Treatment of Animals), Ford spoke about her belief that people of all ethnicities and backgrounds can, and do, care about veganism and animal rights. “To think only white people care about health, animals, and the planet is absolutely false,” she claimed.

When she first attended protests, Ford recalls being the only person of color in attendance. However, after doing some research, she soon discovered a Black vegan movement taking place online, with “really insightful” Black activist run websites and blogs. “I realized there are different forms of activism,” she said. “Just because everyone isn’t able to show up and protest in person doesn’t mean they aren’t committed.”

The Black vegan movement is growing; website Black Vegans Rock, founded by Aph Ko, aims to spotlight people of color in the vegan movement every day. And earlier this year, the first-ever Black-owned vegan recipe app launched, designed to empower people in the Black community who are looking for support with their plant-based lifestyle. Further, back in August, the world’s first Black VegFest took place in New York City.

However, Ford understands that for some members of the Black community, getting behind veganism isn’t easy. “I understand it can be difficult for communities like mine who live in oppressive environments to see past our own suffering enough to recognize the suffering of other animals,” she explained.However, the activist believes that veganism has something for everyone, and caring for animals doesn’t mean not caring about people. “It doesn’t have to be one or the other,” she maintained. “To me, going vegan is the best of both worlds…I want to get my people to see that we’re being exploited by these food companies [that] do not have our best interests at heart. And our lack of knowledge about going vegan is literally killing us.” She continued, “with the right approach, I believe everyone can be inspired to be compassionate, no matter their background or the color of their skin.”