A new study suggests that adopting a vegan diet could help people live longer and with fewer disease complications.

The study, published in the Journal of Nutrition, analyzed how different diets influence health and disease.

More than 840 people participated in the research conducted by Loma Linda University.

The study compared vegan, vegetarian, and pescatarian diets, as well as “semi-vegetarian” diets, where meat consumption is less than once a week but more than once a month. Subjects who eat meat weekly were also studied.

Subjects who ate a plant-based diet ranked as the “healthiest” compared with the other groups.

“As predicted, vegans scored highest in terms of bioactive markers that prevent disease. Phytochemicals (compounds in plants) including carotenoids, isoflavones, and enterolactone were all higher among vegetarians, and highest among vegans,” Loma Linda noted on its website. “Vegans also had the highest levels of total omega-3, attributable to higher amounts of alpha linolenic acid, and lowest levels of saturated fatty acids.” 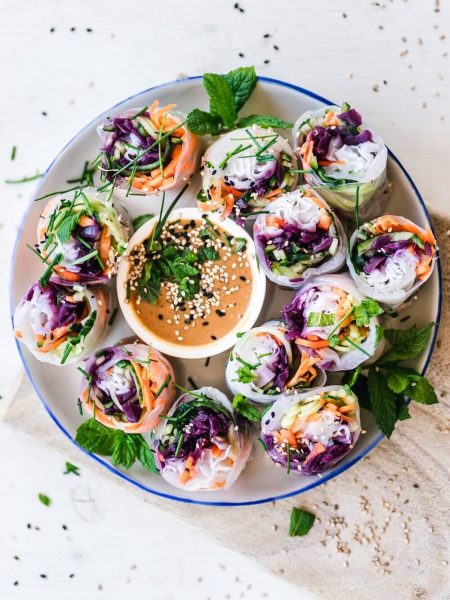 Vegans had more biomarkers that can help prevent disease like cancer, hypertension, and heart disease. “Like clues at a crime scene, biomarkers in blood, urine, fat tissue and other biospecimens can serve as indicators or predictors of health and disease. Biomarkers may have favorable or unfavorable health effects, promoting or preventing cancer, cardiovascular and age-related diseases, and other chronic conditions,” the University explained.

“An awareness that a healthier biomarker profile is obtained with a plant-based diet should motivate people to be proactive about dietary habits that promote good health and prevent disease,” Fayth Miles, assistant professor at the university’s School of Public Health and the lead author of the study, said in a statement.

The study backs up other research linking animal products to disease and plant-based foods to longevity. A study from December found that eating red meat can increase one’s risk of developing heart disease 1,000 percent more than a vegan diet. A separate study found that a plant-based diet is most effective at preventing the disease.

Last May, it was reported that a vegan diet could increase one’s lifespan.