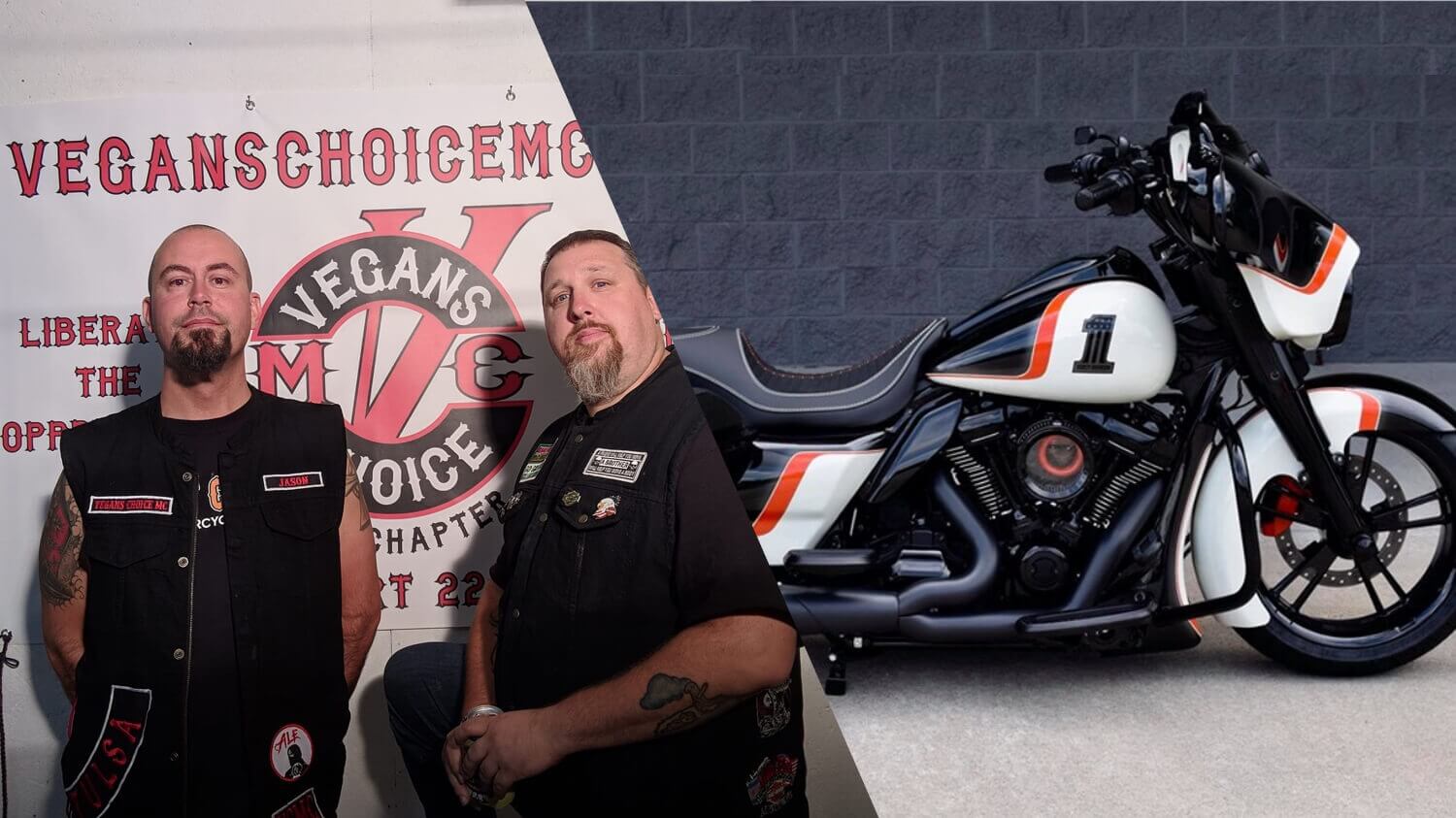 To some, the values of veganism may seem out of place in a motorcycle club, an organization normally consisting of three core elements: men, motorcycles, and leathers. The international Vegans Choice Motorcycle Club (VCMC), however, is slamming stereotypes and proving that men can love both motorcycles and the animals.

According to founder Phil Nicols, “The purpose of VCMC is to spread awareness of veganism, [and] educate and support people who are interested in making a change to their personal lives while making a contribution to the greater good.” He writes on the groups’ blog, “What kewler way to do that than with a motorcycle club.”

Whilst some women are members of motorcycle clubs, VCMC included, according to the website Motorcycle Philosophy, men are often more drawn to these groups as they are frequently founded upon the concept of “brotherhood.” Veganism, however, often attracts more women than men. According to a recent UK study, many men struggle with switching to veganism for fear of not being “masculine enough.” This doesn’t mean, however, that many men do not want to reduce their intake of animal products.

“We found that many men are interested in eating less meat, they just need social permission to do so,” said Emma Roe, a researcher at Southampton University. “Men in the year-long research experienced social isolation among groups of male friends and acquaintances after reducing animal protein intake.” There is hope, however. She added, “As more men make vegetarian and vegan choices, that permission is becoming more readily available.”

With members all over the globe, VCMC is one group readily offering not just permission, but celebration of the movement. It encourages its members to wear its patch with pride, don cruelty-free clothing, and spread the word about veganism. “Believe me,” notes Nicols. “You get a few bikes riding down the street with our patch, people take notice and people ask questions. There is no better way than making people aware than [with] a one on one conversation with someone that is interested. They, then become your best spokesperson.”

To learn more about VCMC or to become a member, click here.