One of the pioneering vegan burger brands, Boca Burger, appears to have launched a vegan turkey burger into a number of retail locations without much of an announcement.

More than two decades have passed since the Kraft Foods subsidiary became the first to launch a meaty-like vegan burger that sizzles and tastes much like a beef burger. The classic Boca Burger was the first of its kind to challenge the lentil and brown rice burgers and overarching macrobiotic-Moosewood Kitchen style vegan foods much the norm at health food stores across the country back then.

“Boca hasn’t made much of a ruckus about its new Original Turk’y Veggie Burger,” writes animal rights organization, PETA. “But as far as we know, this is the first vegan burger of its kind.”

The vegan Turk’y burger has been spotted in numerous retail locations. Instagram account Voodoo Vegans shared a picture of the burgers yesterday. “We just saw these new Boca Turk’y Burgers at our local grocery store last week and decided we had to try them!” the post said. The post went on to applaud Boca for making the burger vegan. The brand has a number of products that contain eggs or dairy.

We just saw these new Boca Turk’y Burgers at our local grocery store last week and decided we had to try them! Normally, we get Boca burgers or chick’n patties as a quick meal because they’re fast and cheap, but these were actually pretty damned good cooked on a grill! @boca.burger are one of those companies I wish would realize that making ALL their products vegan would only expand their customer base and increase sales. Good job on making these vegan AND pretty amazing! #boca #bocaburger #veganburger #veggieburger #veggiegrill #veggieworld #veggie #veg #vegan #veganism #veganlife #vegansofig #veganmetalhead #vegangoth #voodoovegan #voodoovegans #vegansofinstagram #veganfortheanimals #VeganAF #veganpunk #veganism

Another Instagram account, Los Vegangeles, also shared a picture to its Story of the burgers spotted at a Los Angeles retail location. The soy- and wheat-based burgers appear to be available at a number of other supermarket locations, including Publix stores in the Southeast, as well as Instacart.

“The best part is that these burgers will help prevent sensitive turkeys from being forced to live on filthy, crowded farms and being sent to slaughterhouses where their throats would be slit, often while they’re still conscious,” PETA notes. “Just like humans, turkeys are highly social animals with lives just as real and important to them as ours are to us. In general, these animals are super-affectionate, and like our canine friends, they create lasting social bonds. Mother turkeys protect their young and will even keep them warm throughout their first year, until they’re able to roost on their own.” 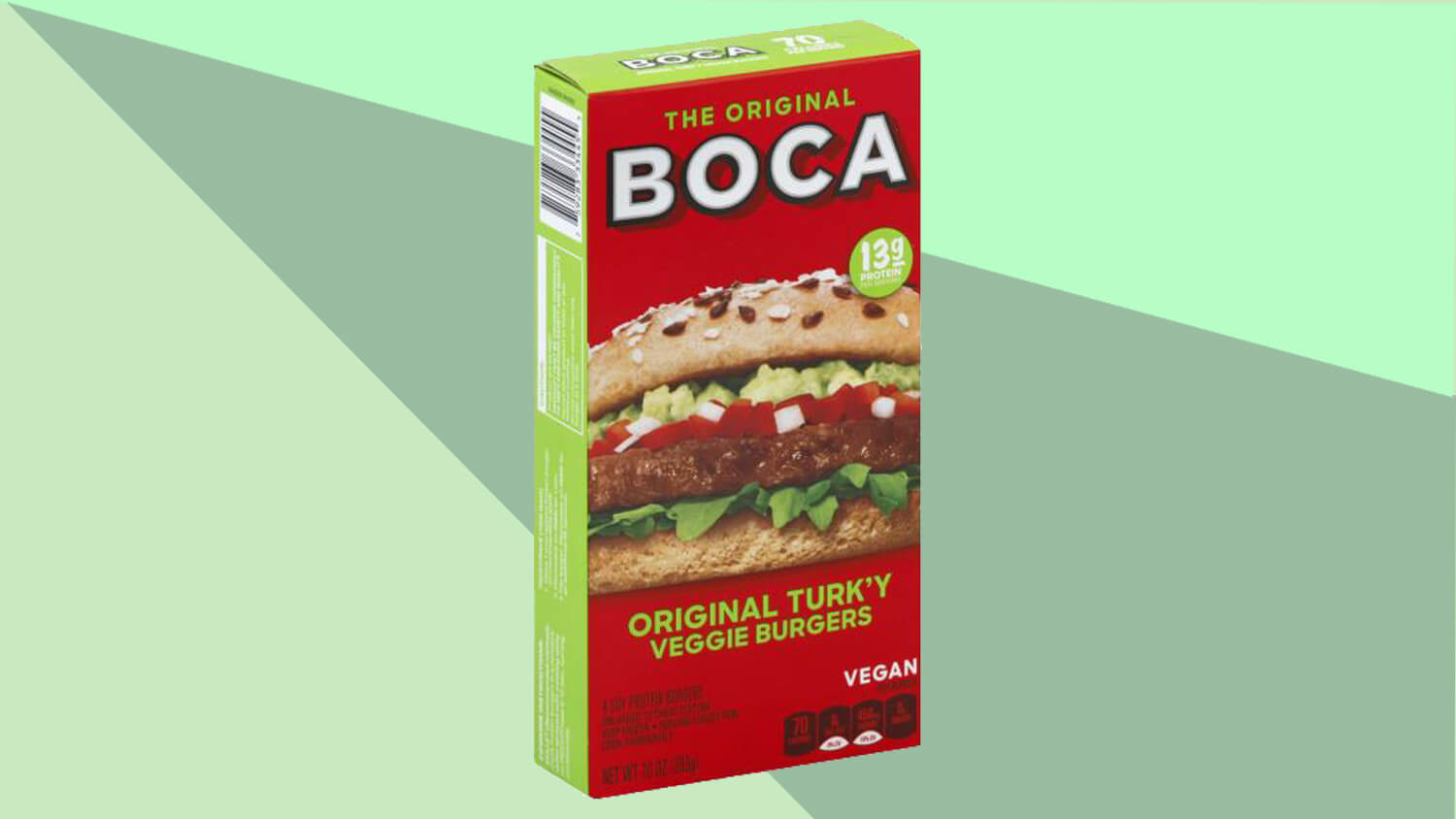