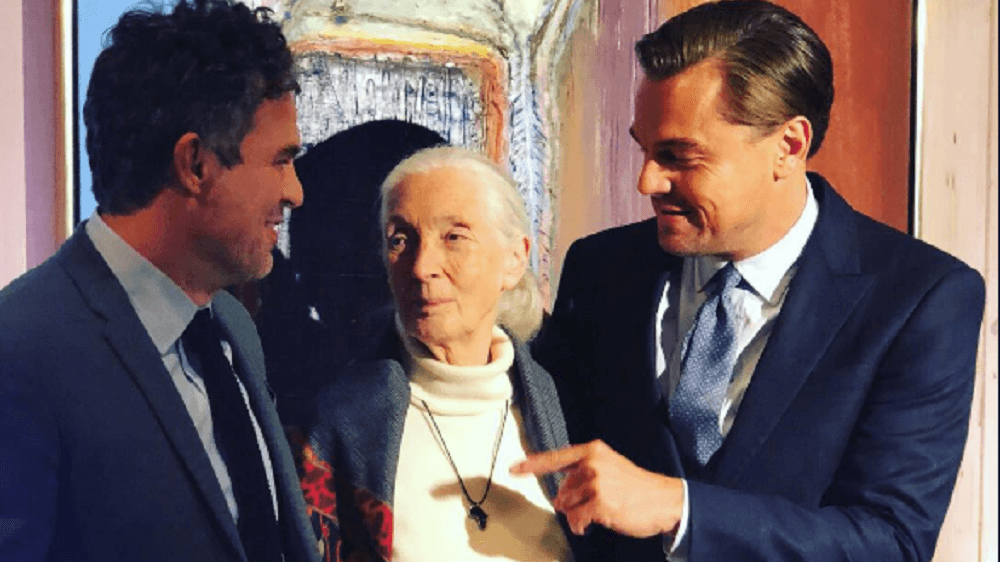 “Thank you to my friends @janegoodallinst and @markruffalo for coming to @leonardodicapriofdn’s 20th anniversary gala,” DiCaprio wrote on Instagram. “It is leaders like the both of you that help push for positive change for the planet.”

According to the nonprofit’s official website, the Leonardo DiCaprio Foundation was founded in 1998 with the mission of helping to conserve the planet’s last remaining wild ecosystems.

The organization regularly takes steps to protect some of the world’s most vulnerable animals and natural habitats. Some of the foundation’s major milestones include donating $1 million to help restore endangered tiger populations and securing protection for threatened shark species, as well as other marine conservation initiatives. The foundation has also launched a grants program to support nonprofits that take on some of the planet’s most pressing issues.

Thank you to my friends @janegoodallinst and @markruffalo for coming to @leonardodicapriofdn’s 20th anniversary gala. It is leaders like the both of you that help push for positive change for the planet. Photo Credit: Getty

Dr. Goodall is best-known for her conservation work with Tanzanian chimpanzees, but she is also an environmental and animal activist. The 84-year-old advocate regularly travels the globe in order to raise awareness of climate change and how it damages natural ecosystems. She and DiCaprio both share a passion for protecting the planet and all the creatures who inhabit it, which is likely what sparked a friendship between the pair as well as the vegan musician, Moby. In August, Moby tweeted that Dr. Goodall, a fellow vegan, is the “most perfect woman on the planet.” She is the founder of the global environmental and wildlife conservation organization, the Jane Goodall Institute.

Ruffalo, who gained international recognition for playing the role of Bruce Banner/the Hulk in the Marvel movies, is a fellow environmental activist. The actor, who has been taking a break from social media since March, previously used the platform to promote awareness of the link between factory farming and climate change and to encourage his fans to participate in Meat-Free Mondays. He is a co-founder of the Solutions Project, an organization that aims to make renewable energy accessible to all.

Outside of his foundation, DiCaprio is also known for his support of plant-based food and other sustainable solutions to climate change. The actor is an investor in the chickpea-based snack brand Hippeas, vegan meat brand Beyond Meat, plant-based milk brand Califia Farms, and a green energy hotel in Israel.