Even the stars were starstruck at the site of Dr. Jane Goodall, who spent a good 40 minutes on the red carpet last night at the sold-out Hollywood Bowl premiere of JANE, the Brett Morgen directed National Geographic documentary on the legendary researcher, vegetarian, and environmentalist, now aged 83.

Dr. Goodall took to the press line much like her furry friends took to her more than 50 years ago in the Tanzanian forest – cautiously and curiously, but with an undeniable purpose. She worked slowly, greeting all in her path, even stopping for a photo opp with a young lookalike fan.

A young fan gets to meet her idol.

Goodall hopes the film will help people to “understand the importance of protecting the environment,” she said, “because the film shows it in such a wonderful, and beautiful, and almost mystical way, and I hope that that inspires people to understand what we’re doing to harm the planet and what we need to do for our generations into the future.”

This message has become Goodall’s life-calling – not just speaking out to protect the dwindling forests of chimpanzees and other wildlife, but the very real threat our industrial habits have on humanity as well. 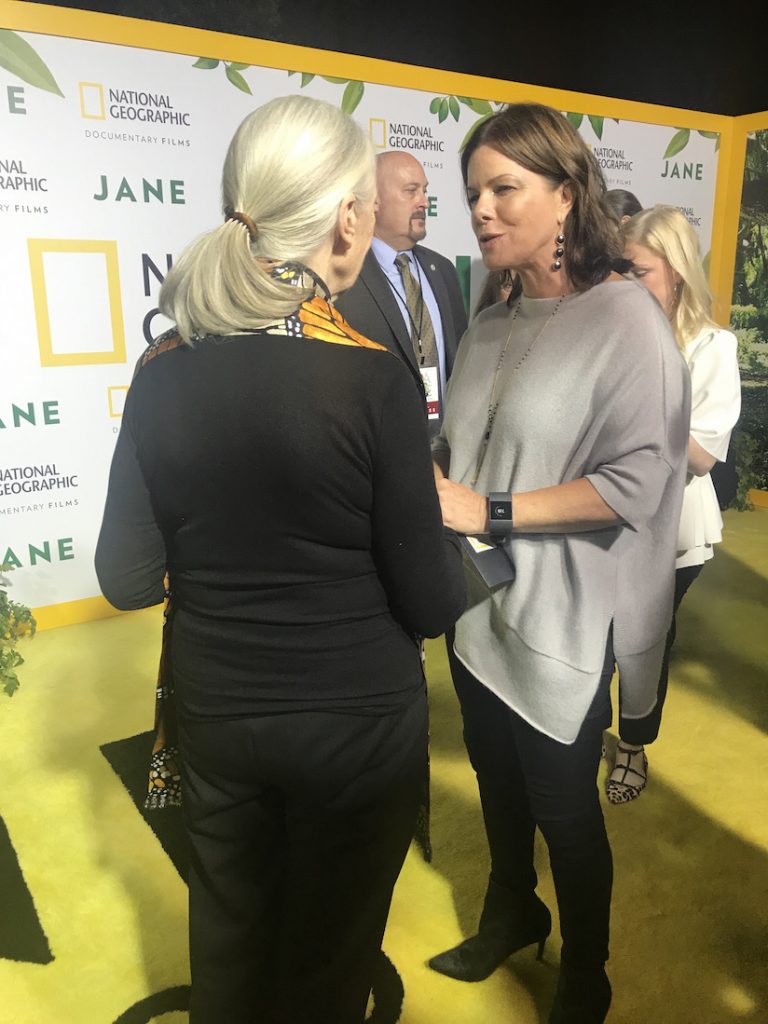 Academy award-winning actress Marcia Gay Harden introduced herself to Dr. Goodall as “just as actress” as she appeared to fight back tears in telling Goodall how much her work had influenced her own life.

Jamie Lee Curtis offered significant praises for Goodall as well. “She changed the way we think,” said the award-winning actress, “and for me as a woman because she is brave in every way that I am not,” speaking specifically to the bravery it took to be a young woman alone in the jungle more than half a century ago.

Others turned the conversation toward echoing Goodall’s messages about saving the planet. House and Girlfriend’s Guide to Divorce star and longtime vegetarian Lisa Edelstein told NewYou.com the best (and easiest) way to make a shift that benefits the planet is by switching to a vegan diet. Edelstein recommends easing into it a few meals week. Considering the 51-year-old looks nearly half her age, there seem to be more than just environmental benefits to going plant-based. 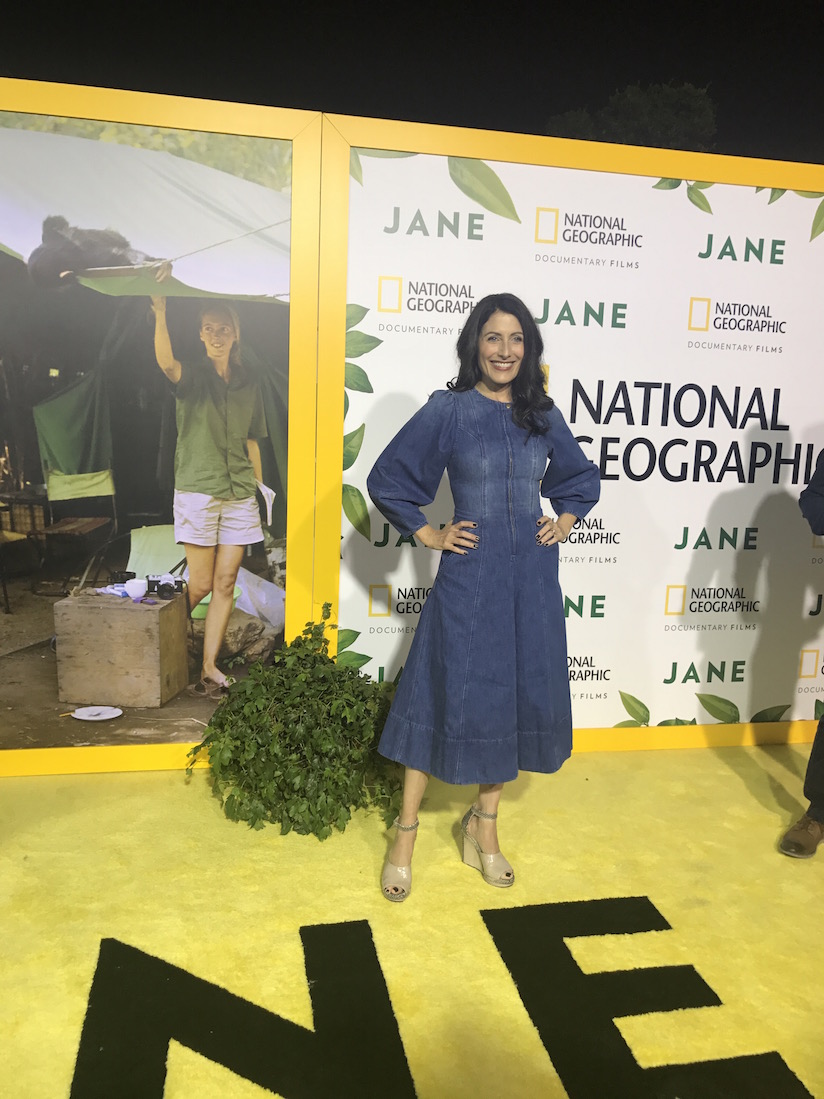 Actor and musician Corey Feldman and his wife Courtney took a more hardline approach pointing to the destruction the meat industry is causing to the planet.

“It’s insanity. People need to think about it,” Feldman said, “why are there meat commercials in between every single TV show? When you watch a commercial break I guarantee you every other commercial will have meat in it.” He also took aim at President Trump, calling him a “dictator who is trying to silence all of the voices that are so important to be heard at this time.”

Inside the amphitheater, the mood was relaxed, buoyed by the sound of chimpanzees coming over the loudspeakers as the crowd waited anxiously for the film to start. Director Brett Morgen gave a heartfelt introduction to Dr. Goodall who walked onto the stage to a roaring standing ovation that lasted a good minute. With humor and poise, she talked about her work, the process of making yet “another” documentary, and then proceeded to groom Morgen just like the chimpanzees had taught her to do five decades ago.

The Philip Glass film score was performed live and offered a breathtaking backdrop to a film already astounding in its own right. JANE hits select theaters later this month and is scheduled to run on the NatGeo channel in 2018.