Taco Bell’s new veggie menu features new meat-free items such as the Black Bean Crunchwrap Supreme and Black Bean Quesarito. It will also feature long-term favorites including the 7-Layer Burrito and the Bean Burrito. The classic bean burrito is a menu staple of over 50 years, and is Taco Bell’s second best-selling item.

“Everything on the menu board is American Vegetarian Association-certified,” says Taco Bell. “The nationwide rollout follows a successful test in Dallas earlier this year, and we’re excited to make it even easier for more fans around the country to opt for meatless – without sacrificing craveability.”

“There are 13 AVA-certified menu items and 36 certified vegetarian ingredients,” says Taco Bell. Twenty-six of those ingredients are vegan. Taco Bell also says that the menu can be “customized more than 8 million ways – that’s enough to customize a new meal every day for nearly 20,000 years.”

Taco Bell became the first AVA-certified quick service restaurant (QSR) in 2015. The chain sells 350 million veggie items per year and says that about 7 percent of all orders are vegetarian.

Last January, Taco Bell made a series of New Year’s commitments, including plans to make the menu more vegan, vegetarian, and flexitarian-friendly. Taco Bell added Make it Meatless info to its apps and website to help customers make ingredient substitutions. It also has a How to Eat Vegan guide. 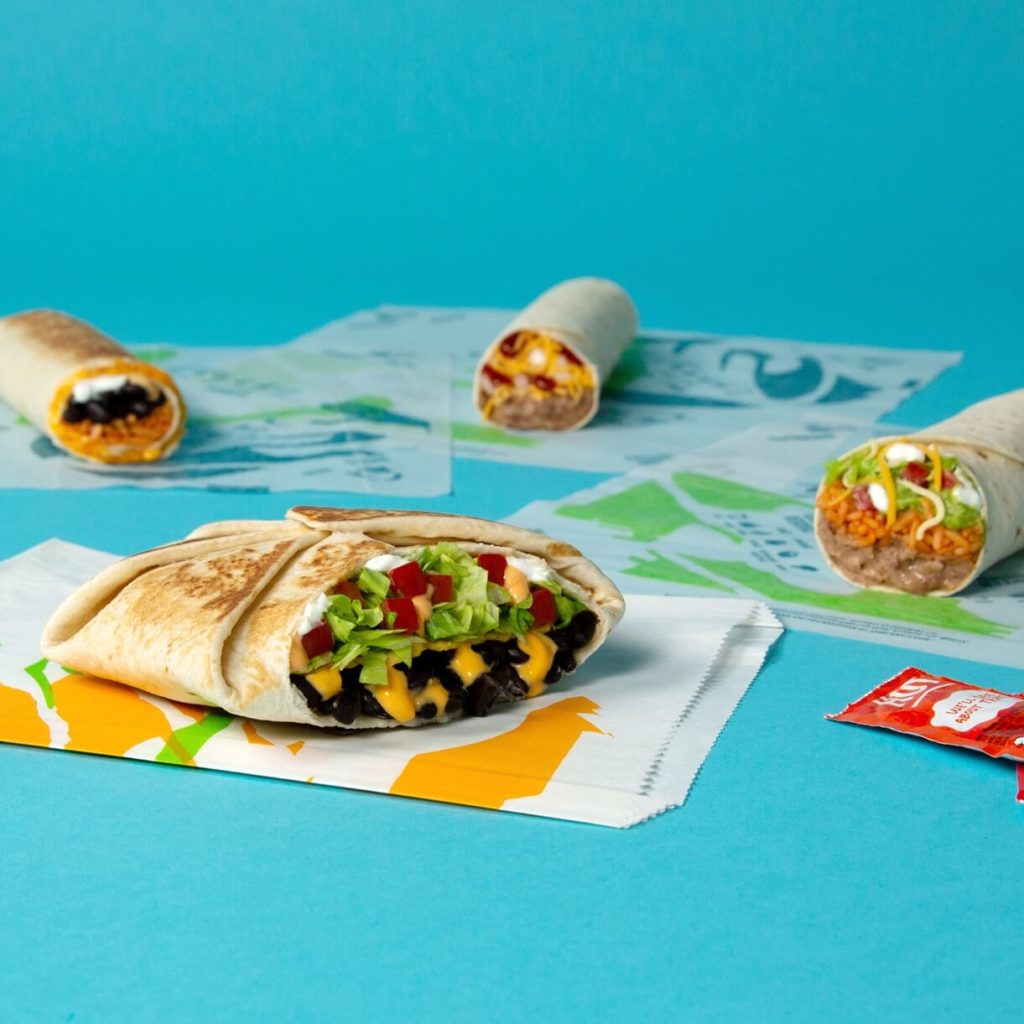 Taco Bell made a series of New Year’s commitments in January, including plans to emphasise plant-based dishes on the menu.

Other Mexican-inspired fast-food chains such as Del Taco and QDOBA use vegan meats produced by Beyond Meat and Impossible Foods. Masino told CNBC that although Taco Bell met with Beyond and Impossible, the company will stick to its classic veggie and vegan menu items.

“[W]hat we’re proud of is that we’ve been doing vegetarian for 57 years,” said Masino.