In 2017, activist Amy Quichiz started a conversation about food accessibility with her sorority sisters at Syracuse University. There were no healthy meal options on campus and no time to cook for themselves.

Together, they created the Instagram account Veggie Mijas, where they would share recipes that they planned to create together. At the time, she didn’t know that their chat would spark an international grassroots movement.

When she moved back to New York City, the little social media account became something more. “I remember telling my partner, ‘I want this to be small, it’ll just be and some friends!” Quichiz tells LIVEKINDLY in an email.

However, the response was bigger than she expected. Interest came in from across the country. The first Veggie Mijas potluck took place in March 2018 and people were eager to be a part of it. “People opened their doors without me asking, were asking how they can be organizers in New York for future events, and eventually, how to be national organizers,” Quichiz says. 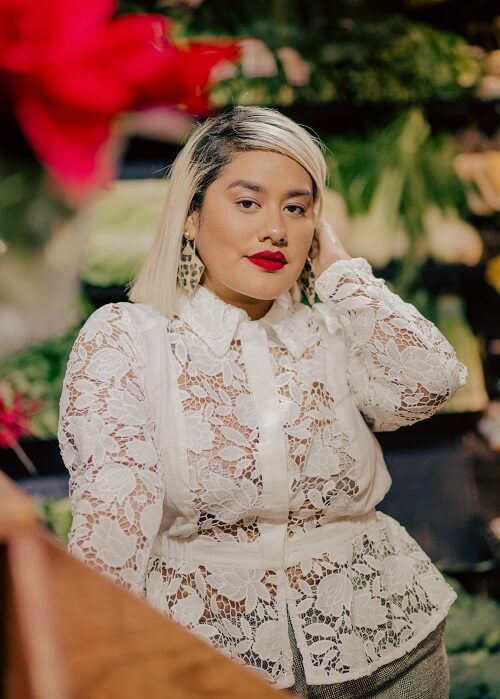 Over the course of a year, Veggie Mijas had evolved into what it was meant to be all along. In its essence, it’s “a space for folks of color to feel safer and talk about veganism, environmentalism, and to advocate for food justice in their communities.”

In addition, the website highlights a unity around “being brown, Latinx, non-binary, women, queer, genderqueer, coming from a working-class background, and having other marginalized identities” in vegan spaces.

“I always say our ancestors were vegan before it had that label, and somewhere along the way, we were not being added or looked as the experts of the conversation,” she says. “In most vegan white spaces, we all felt excluded at some point, whether that was not our economic situation being represented, our sexuality, or race/ethnicity.” 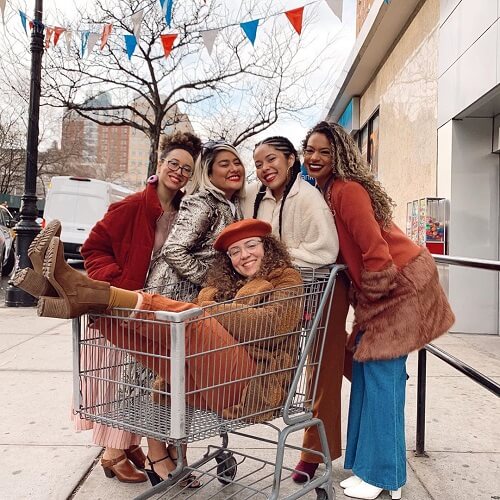 Veggie Mijas has chapters in NYC, Miami, LA, Chicago, and beyond. | Bridget Badore

The Revolutionary Power of Potlucks

On the surface, potlucks are about sharing food and time together. But beyond that, potlucks provide support to marginalized communities, whether it’s through race, gender, sexuality, or economic status.

Potlucks have also historically been a space to organize. Lesbian potlucks of the 1950s acted as both a safe space for women to find community away from the threat of police violence. The Diversity Center at Santa Cruz hosts a Queer and Trans People of Color potluck in a predominantly white, conservative neighborhood. Veggie Mijas is acting in the same way, carving out space for those who haven’t felt seen or heard.

“It has been beautiful and healing to look around during a Veggie Mijas events and seeing queer couples of color share their experience and holding hands while talking about food justice. It is important to see queer folks of color at the forefront of the vegan movement, like it has been for centuries,” says Quichiz.

Veggie Mijas is a welcoming space, there to support people regardless of “how vegan” they are. “We want people to also know that their ‘percent’ of veganism is not being evaluated—it does not make them any less plant-based nor does it mean that their efforts are not being invalidated,” says Quichiz.

‘I Knew This Space Was Necessary’

Accessibility can often be a barrier to eating vegan. Recalling her time in college, Quichiz explains that she would sometimes find herself in situations where the only option was chicken and rice. She would remove the chicken and take the rice, and found push-back from white vegan spaces.

“They didn’t understand that for that day, I didn’t have any money and that was going to be my dinner, while trying my best to still be plant-based. Its experiences like that, that made me feel excluded from white vegan spaces that made me feel like I was alone, as if I was the only one having these issues.”

Excluding or shaming others based on this is antithetical to the official definition of veganism. The Vegan Society, the oldest vegan charity in the world explains that veganism excludes animal exploitation where “possible and practicable.” In other words, removing meat from the only food available to make it vegan is valid.

“When hearing similar stories, and even worse, very shameful, homophobic, fatphobic, racist stories, I knew this space was necessary,” she says. 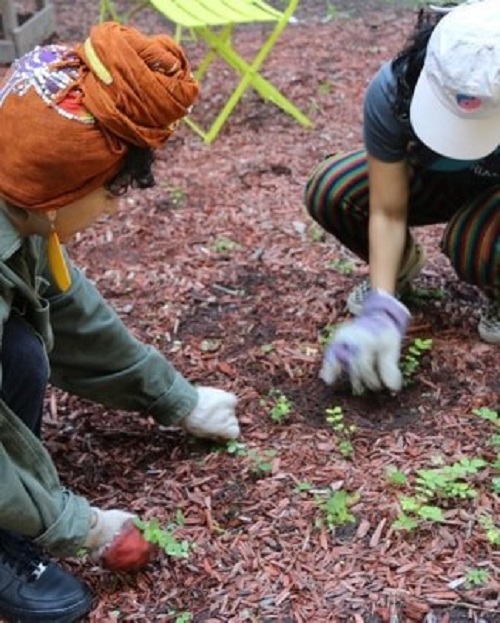 Potlucks also serve space for radical activism and for groups to realize their collective strength. The same goes for Veggie Mijas—it’s about more than sharing vegan food.

Veggie Mijas’ Los Angeles chapter has organized beach cleanups. They attended the Women’s March, holding signs speaking up for indigenous and queer rights. The Chicago chapter build shelters for feral cats last November. The Miami chapter hosted a discussion about the history of indigenous farming practices, land theft, and the criminalization of people of color. It also addressed which actions can be taken to further the food justice movement. Several groups have hosted talks on the importance of mental health and decolonization.

The group’s activism helps build community beyond just its members. Fourteen activists from the New York City chapter helped clean and plant seeds in a Bronx community garden. As they worked, a man approached them and said he lived a block away, but never knew about the space. He said that he used to plant peppers in his home country and asked if he could use the garden.

Quichiz invited him to speak to the garden coordinator “and saw that relationship building from a long conversation afterward.”

Urban farming is a powerful tool, not only in building community, but also in addressing food justice and sovereignty. “Food swamps,” a term coined in recent years that describes an area where fast-food is more accessible than healthy food, disproportionately affect people of color, according to City Limits. Urban gardens can help increase access to healthy produce while also raising awareness of these issues.

That same day, a mom and her young child visited the garden. “The little girl started asking questions to the coordinator and she offered to give her some basil. They took some home and the young girl was so excited to eat it,” says Quichiz. 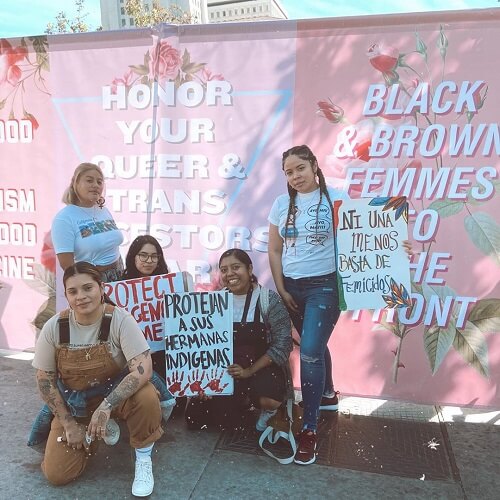 “It is not just about animal liberation.” | Veggie Mijas

‘It Is About Our Liberation As Well’

Quichiz envisions Veggie Mijas as a space to talk to the community about the history of food justice, how to apply for food stamps, how to grow food in a city, and vegan cooking classes for kids and adults.

Thinking about the girl who wanted to know more about the Bronx community garden, Quichiz adds, “I was inspired that day to know that future generations will be more plant-based if they have access to see it, they need to grow their own food in order to enjoy it. I have not only learned so much, but have become so much more passionate about veganism because of my own people. It is not just about animal liberation, it is about our liberation as well.”

Looking to the future, Quichiz hopes to see Veggie Mijas go international. She adds, “My goal is not for me, it is always for the people in my own backyard, and I know that people that join Veggie Mijas have the same mission.”