World-famous athlete Venus Williams has made it through to the finals of Wimbledon 2017. Williams beat British player Konta in straight sets yesterday afternoon despite her opponent being 11 years her junior, but lived up to her name as a “Raw Vegan Powerhouse”.

The tennis star made the switch to a predominantly raw and vegan lifestyle after being diagnosed with Sjögren’s syndrome in 2011. Sjögren’s syndrome is an autoimmune disease that affects the parts of the body that produce fluid such as tears and saliva. The disease is a long-term condition that can have a big impact on the sufferer’s everyday life. There is no cure for the disease although there are plenty of options when it comes to relieving symptoms.

Battling Sjögren’s severely affected William’s performance on the tennis court by causing muscle and joint pain and it led to her unexpected early departure from the 2012 London Olympics when she was knocked out in the first round by Kirsten Flipkens. 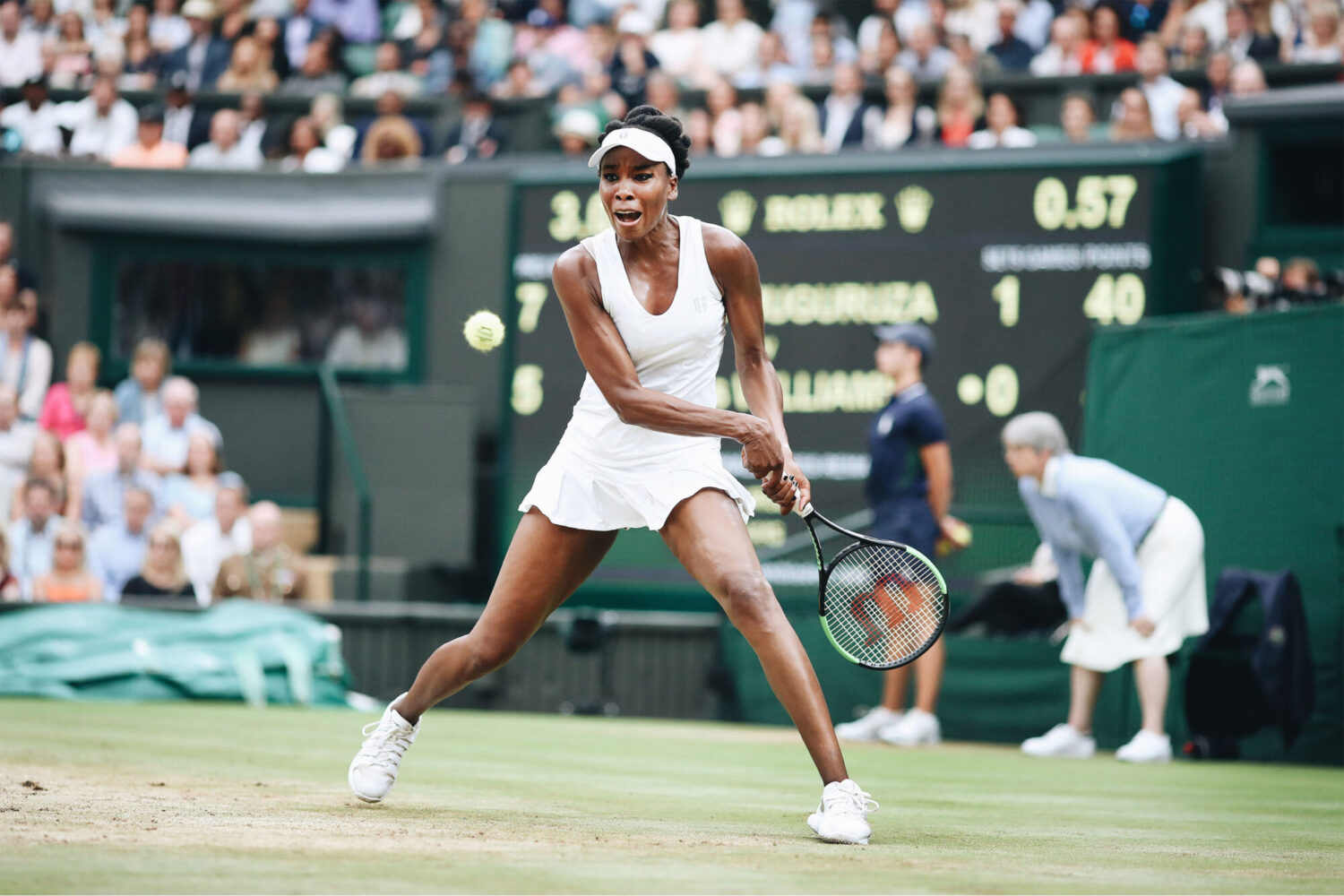 Williams made the switch to a predominantly raw and vegan lifestyle after being diagnosed with Sjögren’s syndrome in 2011. | Tim Clayton/Corbis via Getty Images

Thankfully, Williams has found a way to combat the disease through veganism. Williams’ decision to switch to a plant-based diet was initially motivated by her health but she has since found that eating vegan is the way that she feels physically and mentally at her best. For Williams, a vegan diet is the best way to fuel your body, a huge part of the life of any athlete. Many medical professionals believe that a vegan diet can actually help reverse the effects of many major health problems such as heart disease and diabetes.

Her journey to veganism hasn’t always been easy, describing herself as a ‘cheagan’ or cheating vegan, she enlisted the help of vegan/raw food chef of 12 years Lauren Von der Pool to help her stick to the diet. Von der Pool is an advocate for veganism and has previously spoken at the White House about the impact food can have on the child obesity epidemic. The chef’s motto is ‘food is your best medicine’ and it certainly seems to be having a positive effect on Williams.

Venus isn’t the only member of the family who is getting behind the vegan movement. Serena Williams, Venus’ sister and tennis rival, announced her plans last month to invest in plant-based smoothie business Daily Harvest. It’s believed that Serena also follows a raw vegan diet which helps her keep her tennis game strong like her sister’s.

Williams’s new diet doesn’t only make her feel full of energy and healthy, but it has changed her entire life at a time that a disease was threatening to ruin her career. Without the change in lifestyle, Williams might not have been able to get back to performing at her best and participating in a sport that she loved.

It seems Williams has certainly come back with a fighting spirit, last year becoming the oldest woman in a Grand Slam semi-final for 22 years, and she will no doubt bring her best game to her match with Muguruza tomorrow.