(Updated July 1, 2020) Vinnie Jones is rocking an edgy new look—he’s got an oat milk mustache as part of a new vegan milk ad.

Alpro’s ad spins off of the Milk Marketing Forum’s famous campaign. It was launched by the group of British milk co-operatives and dairy companies in an attempt to boost milk consumption among younger generations.

“[M]ilk has become less visible, particularly among a younger audience,” Sandy Wilkie, former chair of the Milk Marketing Forum, said in a statement about the campaign.

Despite the Milk Marketing Forum’s best efforts, the 2010 milk campaign wasn’t a success. A recent study by the Agriculture and Horticulture Development Board revealed people in the UK are drinking 50 percent less milk than they were in 1974. 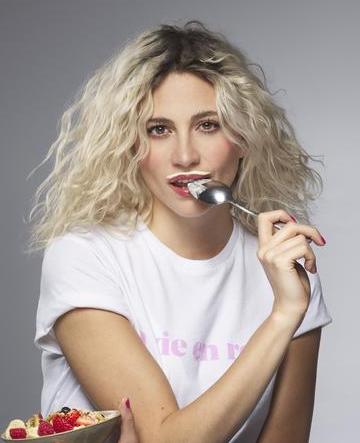 Dairy Then and Now

Lott’s new spot features the message: “Lotts can change in 10 years,” while Jones’ ad empowers: “You know what’s good for you.” Adams’ message is “Powered by oat.”

“Ten years really do fly by, boys and girls. But how could I forget sporting a milk ‘tache on posters across the UK for the original dairy campaign? Lots have changed since 2010, and plant-based has become a big part of my life. So I was delighted Alpro asked me to rock the ‘moat-stache’ in 2020,” Lott said in a statement.

Jones is enthusiastic about his new look. “Let’s not beat around the bush. In 2020, we all know there’s a new ‘tache in town,” he said. “I was a bit reluctant to have a good shave before the shoot and lose my rugged good looks—but I think the “moat-stache” looks pretty damn good on me. I’m taking it back to Hollywood.”