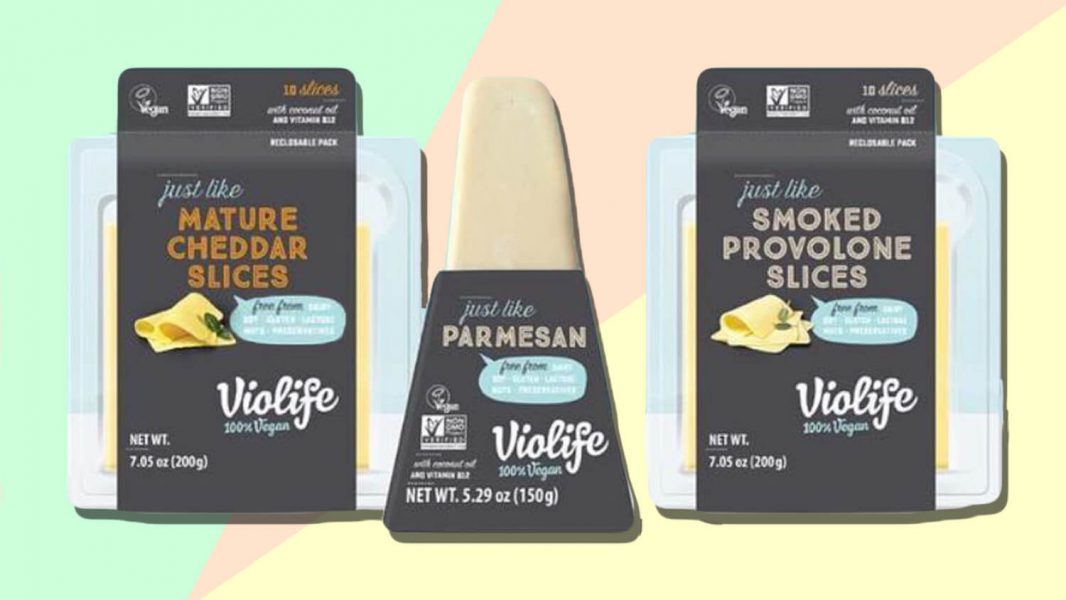 “The USA’s best-loved 100% vegan dairy alternative brand Violife, is now available nationwide at @wholefoods 451 stores across the USA,” wrote Violife. “Thank you to all the #violifers and all of our fans for the love ??? and support ??.”

According to the announcement, all Whole Foods Markets will stock Violife’s vegan parmesan cheese, mature cheddar slices, and smoked provolone slices. Customers were understandably excited for the nondairy cheese brand’s major retail debut. Prior to the announcement, Violife was available only at select independent retailers across the U.S.

*** It’s so exciting that we had to post it twice ‼️‼️?*** .. .. The USA’s best loved 100% vegan dairy alternative brand Violife, is now available nationwide at . . . @wholefoods 451 stores across the USA. .. .. @wholefoods will be stocking the following flavors .. .. 1️⃣ . Violife Parmesan 2️⃣ . Violife Mature Cheddar Slices 3️⃣ . Violife Smoked Provolone Slices .. Thank you to all the #violifers and all of our fans for the love ??? and support ?? .. .. For more information @theforgecomms .. .. #whereintheworldisviolifeamerica #violifefoods #vegancheese #bignews #announcement #wholefoods #werehere #tada #instagood #yes #finally #thankyou #vegandreams

Launched in Thessalonica, Greece in the 1990s, Violife is dedicated to creating a wide variety of vegan cheeses that are made with non-GMO coconut oil. Additionally, all of its products are free from dairy, nuts, soy, and gluten. The brand’s mission is to provide vegans, vegetarians, and flexitarians alike with an environmentally and animal-friendly, plant-based cheese that tastes like the real thing. It first launched its products in independent and specialty U.S. grocery stores in May 2017.

“We absolutely love what we do here because we know that, for some, it’s really difficult to give up cheese,” says the official website. “We know that we can reassure those people that our melt-y, stretchy, creamy, tangy Violife family of products will be perfect for them. No compromise on taste necessary.”

Violife emphasizes that its vegan cheeses can stand in for dairy-based cheeses in virtually all culinary uses, from dairy-free grilled cheese to plant-based mac and cheese. Its vegan parmesan blocks can be grated atop pasta and salads, and fans of the brand have praised it for its meltability and flavor.

Some Violife fans have commented that they had already found the products at their local Whole Foods.