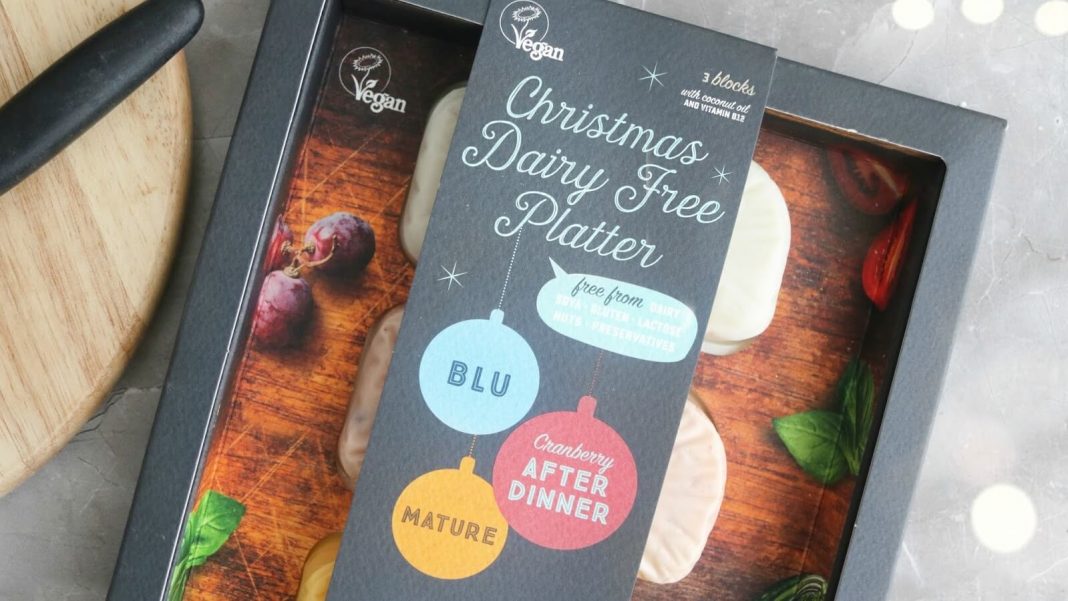 Following the popularity of its Christmas cheeseboard last year – launched at Sainsbury’s nationwide – Violife is bringing its festive platters back. According to the company, the cheese platters will help consumers to “enjoy a harmless Christmas.”

Free from lactose, gluten, nuts, soy, preservatives, GMO, and cholesterol, Violife’s cheeses can be enjoyed by everyone this holiday season. The first of the vegan platters features three flavours: Blu, Cranberry After Dinner, and Mature, whilst the second offers a Smoked Flavor Block, a Block with Herbs, and the Cranberry After Dinner.

Based in Greece, Violife offers a range of slices, blocks, grated cheese, cream cheeses, and wedges in a variety of flavors, ranging from cheddar, mozzarella, and feta to pizza and hot pepper. The brand is also known for its unique seasonal cheeses, including its Blueberry After Dinner cheese block.

Its cheeses are popular among consumers and bloggers alike. Holly Jade – aka The Little Blog of Vegan founder – is a fan of the brand, noting in a recent blog post that its “truly delicious” mozzarella is her “go-to” for pizzas and pasta dishes. The blogger is also a fan of the new Christmas platter, which she claims would make a “great gift” for any foodie this holiday season.

Our brand NEW Violife Christmas Platter has hit store shelves!!! You can now build your own Dairy free platter at home with our 3 Violife Selections! ??? #worldveganmonth #veganfoodshare #beaviolifer #violifers #violife

Vegan cheese is rising in popularity, as more and more consumers opt for dairy-free products for health and ethical reasons. However, it’s also growing in favour due to its nature as an artisanal food.

The Violife Christmas cheese platters can be found at various UK retailers including Sainsbury’s and ASDA.