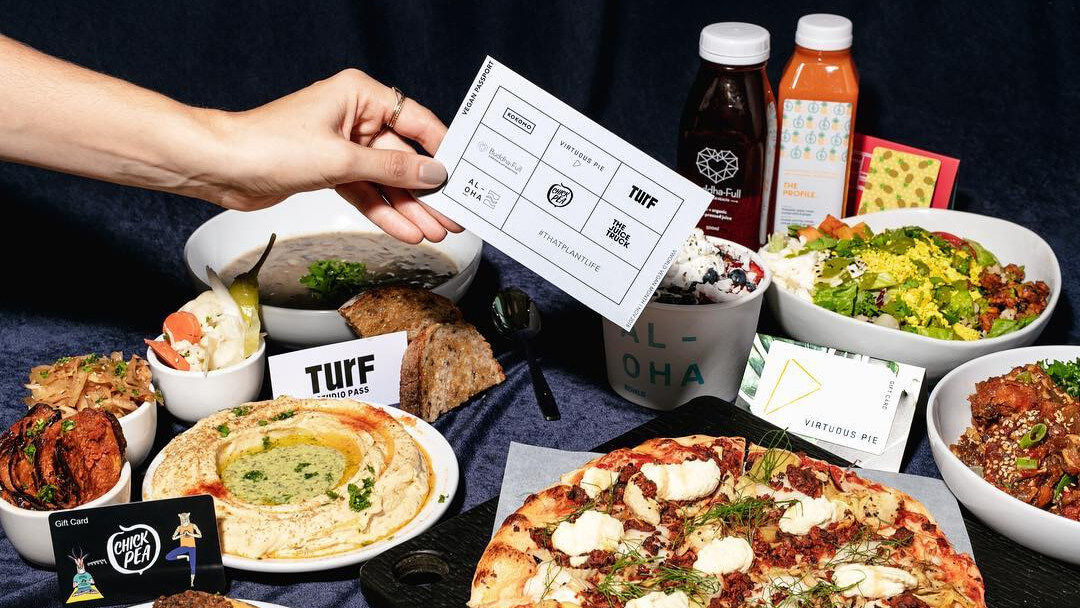 A collection of plant-based restaurants in Vancouver and Portland have teamed together this World Vegan Month to create a “vegan passport.” The initiative, launched by vegan pizza joint Virtuous Pie, aims to encourage consumers to eat more plant-based food throughout the month.

The passport will incentivize customers to give vegan eating a go as they acquire a stamp every time they make a qualifying purchase at a participating eatery. Once a customer has seven stamps, they can leave it at the last restaurant they dined in, where it will be put into a raffle. Passports will be collected from all venues at the end of the month and five winners from each city will be chosen.

Virtuous Pie wrote in its blog: “We’re lucky to have so many amazing plant-based restaurants in both Vancouver and Portland. And more importantly, ones that love working together to achieve common goals. Whether you’re vegan or not, we want to show that plant-based eating does not mean compromising on flavor.”

Eat your way through #WorldVeganMonth this November with our VEGAN PASSPORT! We’re excited to be collaborating with several of Vancouver and Portland’s best plant-based restaurants to encourage plant-based eating. . From November 1st to 30th, 2018, eat your way through all participating restaurants and get stamped at each location for your chance to win 1 of 5 prizes! . Vancouver restaurants: @juicetruck, @heykokomo, @turfliving, @buddhafullprovisions, @ilovechickpea, @rollingcashew . Portland restaurants: @oraclecoffeeco, @blossominglotus, @epifpdx, @bestfriendpdx, @canteenpdx, @nextlevelburger . Pick up a passport at any participating restaurant to kick off the month, and once complete, leave it at your last stop!

As Portland-based vegan restaurant and one of the participating businesses, Canteen, summarized in an Instagram post, “eat good food, win free stuff.” Among the prizes up for grabs are gift cards, workout classes, and “The Juice Truck” cookbook.

Those interested in taking the trip can catch an Amtrak between Portland and Vancouver. The railroad service added new vegan options to the menu last April, offering meals like vegan black bean and corn burgers and a “hungry vegan” breakfast wrap.

The Vegan Passport is not the first initiative encouraging the residents of Vancouver to give plant-based eating a try. Last month, the Vancouver Vegan Resource Centre launched a temporary center to help those considering a transition to veganism. For five days, the space offered access to information and advice for all things plant-based, including food and cooking, health and nutrition, animal industries, and activism.