Viva!, a UK-based animal rights non-profit, is hitting the road for a nationwide ice cream tour. The Viva!icious van will roll through multiple UK cities during the first week of August, handing out free vegan ice cream to promote plant-based eating.

According to the organization, this is the UK’s first vegan ice cream van tour. The event is part of Viva!’s Street Action division, which hosts free public events in an effort to positively spread the vegan movement and educate others in a fun, engaging way.

“Giving out free ice-cream is the perfect way to create a positive atmosphere for vegan outreach,” the organization explained in an Instagram post. It continued, “Many of the British public don’t know how easy and yummy it is to choose a dairy-free option and how much suffering they can prevent by doing so.” 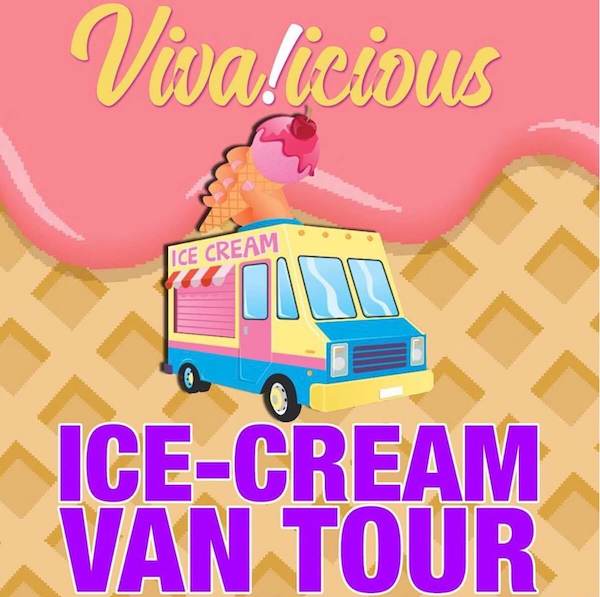 The events are mostly volunteer-run; Viva! is currently looking for locals to help pass out free ice cream. The van will make stops in London, Brighton, Margate, Southend-On-Sea, Leeds, Blackpool, and Cardiff, so if handing out free ice cream for an afternoon sounds like a good time, interested locals can sign up on the event page website.

Similar free ice cream events have occurred in the US. Beloved ice cream company Ben & Jerry’s launched a national free vegan ice cream tour in May. The company is hosting tasting events in select scoop shops throughout the summer to promote its latest non-dairy flavors –Peanut Butter Half Baked and Cinnamon Buns.

Just in time for summer, Oatly also launched a vegan ice cream truck and offered free scoops on its opening day in May. The truck is based in Stockholm for now but if the company’s massive expansion of oat milk is any indication, its oat-based ice cream is sure to hit international supermarket shelves in the future.

Young or old, vegan or otherwise, one thing is clear: when people hear the melodious jingle of the ice cream truck, they will come running. Viva!’s vegan ice cream tour will kick off on July 31 at Cardiff on High Street. For the full schedule, visit the organization’s website.