The company created a vegan protein sourced from a volcanic microorganism found in the nation’s favorite national park.

“Curiosity and passion for exploration led us to Yellowstone, one of the harshest ecosystems in the world,” Nature’s Fynd CEO Thomas Jonas said. “By observing how life optimizes the use of resources in this challenging environment, we have invented a way to make protein that is radically more efficient and gentler on our planet.”

“What we have here is a super protein,” Jonas told Business Insider. “And it comes from one of the most pristine wild places on the planet.”

The company launched publicly in February 2019 with $33 million in funding from Silicon Valley and two leading global food suppliers—grain giant Archer Daniels Midland and France’s Danone. It announced it received an additional $80 million in Series B funding. 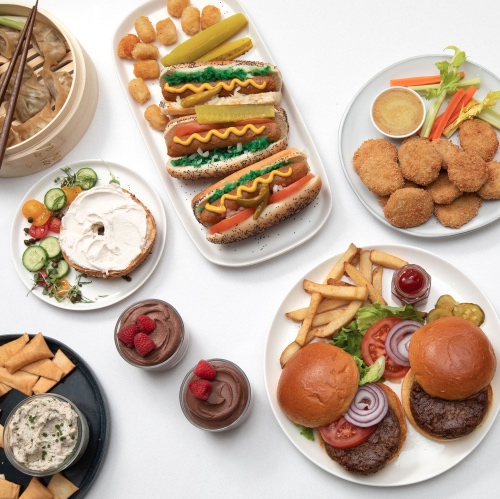 The vegan protein can be used to make a number of foods, including chocolate mousse and “chicken” nuggets. | Nature’s Fynd

Vegan Protein Of The Future

Scientists first discovered the volcanic microbe during a NASA-funded research project. The project was conducting research to prepare for a mission to send a probe into outer space to look for life on another planet.

Researchers traveled to the national park to discover how different organisms thrive in harsher environments.

“Microorganisms managed to colonize this environment and developed strategies to survive and thrive in this pretty barren environment. As a result, they had to become super efficient at using the very rare resources they have,” Jonas said.

According to Jonas, the protein has a neutral taste that works mixed into yogurts or into vegan burgers. Nature’s Fynd has already used the vegan protein to make a number of food products, including chocolate mousse and crispy “chicken” nuggets.

The company is preparing for a 2021 market launch, though it hasn’t revealed which products it will sell first. 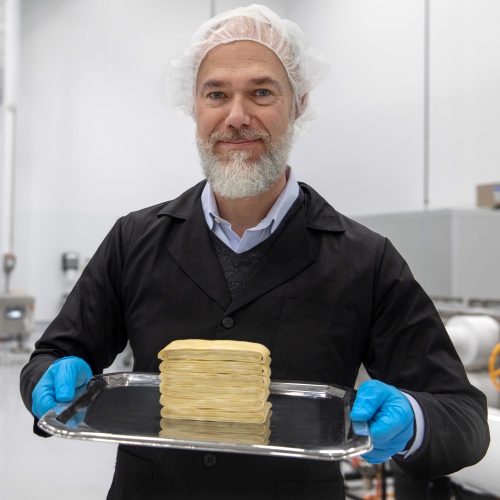 Nature’s Fynd says its products will require “a fraction” of natural resources typically used in producing other proteins including meat and nuts.

“For us as a species, with the ten billion of us on one little planet (by 2050), and global warming, looking at organisms that are more efficient and do more with less, is relevant,” Jonas said.

The vegan protein contains all nine essential amino acids and can be produced through a process similar to brewing beer.

“In place of wasteful factory farms or large parcels of land,” Business Insider notes, “all they need is essentially a series of brewer’s vats.”

If growing meat in vats sounds familiar, you may be thinking about cell-based meat, also called slaughter-free or clean meat. This process takes cells from animals and “grows” them in a similar process to Nature’s Fynd vat brewing.

But growing microorganisms is faster than growing meat from cells, Jonas says. The entire process takes about three and a half days. It requires far less land and resources to make than traditional agriculture.