Volvo’s new electric model, the Polestar 2, is taking on Tesla with its vegan-friendly interior.

According to Motortrend, the Polestar 2 will have both leather and vegan interior options. The sustainable car’s interior also features sustainable materials, including recycled plastic bottles, fishing nets, and a flax seed-based composite. According to the company, this composite can reduce plastic materials in its interior panels by 80 percent.

The new vehicle—equipped with a 78 kWh battery pack—can also perform. It accelerates from zero to 60mph in under five seconds.

Even Teslaratti—Tesla’s own news and reviews site—acknowledged that the Polestar 2 is a worthy rival for the brand.

“It should be noted that the Polestar 2 is something more than a competitor for the Model 3. It is a well-rounded vehicle produced by an experienced carmaker that is unashamedly electric; and this, it is more of threat to gasoline-powered cars than it is to other EVs on the market,” notes Teslaratti. 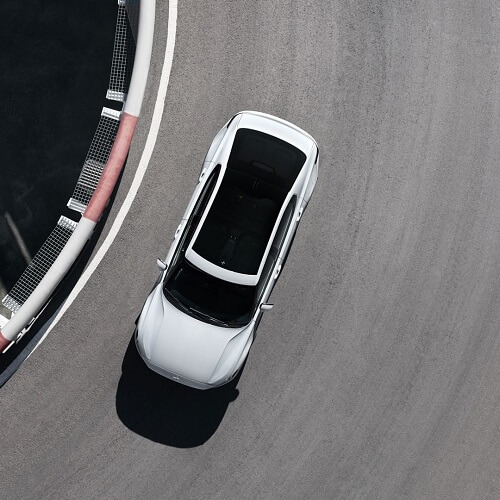 The Polestar 2 has a vegan interior option. | Polestar Cars

The publication adds that when automotive companies support each other to design new electric vehicles, they can help to transform the market.

In the past, Tesla CEO Elon Musk has explained that he is not working against other electric car companies, but with them to create a more sustainable industry; he even released the patent for Tesla cars in a blog post in 2014.

“Our true competition is not the small trickle of non-Tesla electric cars being produced,” he wrote. “But rather the enormous flood of gasoline cars pouring out of the world’s factories every day.”

“We wanted to get a premium [feel], and that’s usually always leather,” said Giovanny Aroba, the program design director at Nissan. “We captured that, I think with a synthetic version. We’re going into the realm of vegan leather and synthetics, but celebrating it and making it cool.”

Along with the launch of its new XC40 Recharge EV, Volvo is committing to a 40 percent reduction in its carbon footprint. The move includes reductions in factory operations and on-road performance of all vehicles.

The vegan-friendly Audi e-tron GT, another car that experts and enthusiasts believe will rival Tesla, is expected to debut a production model at the 2020 LA Auto Show in November two years after debuting the concept.