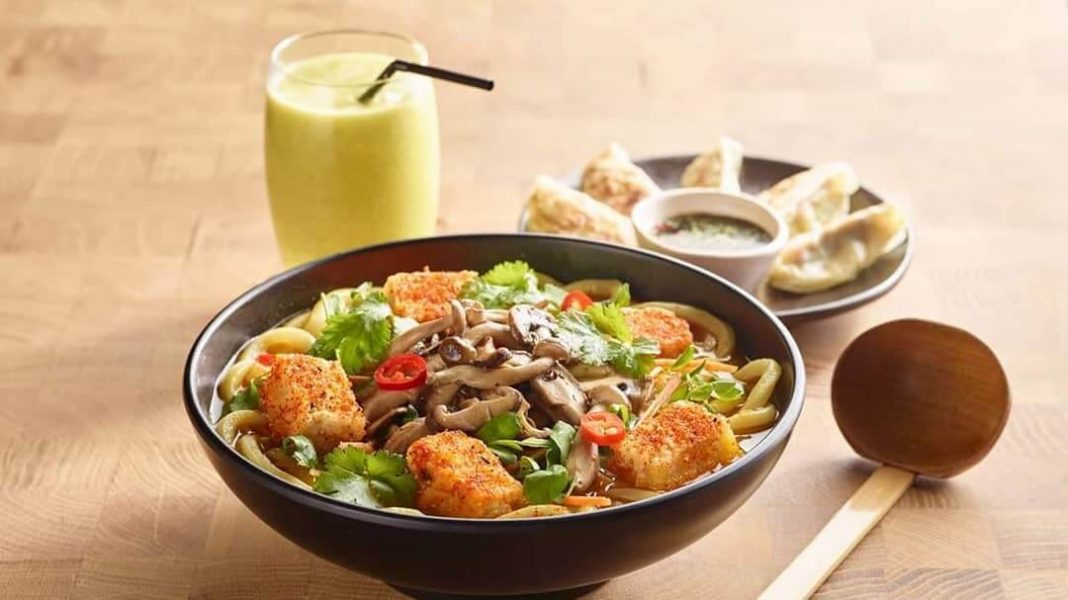 UK-based restaurant Chain Wagamama has launched a vegan menu in its Qatar locations.

Wagamama – which serves Asian-inspired cuisine with a focus on Japanese style dishes – opened its first outlet in Qatar in 2013. Now, five years on, the chains’ Middle-Eastern locations have introduced a menu featuring 15 vegan and vegetarian dishes.

“A colourful combination of brand-new and reimagined choices, the new menu features flavours inspired by different areas of Asia that reflect the soul of Wagamama’s core belief: good change,” said a press release, as reported by the Gulf Times.

The animal-free menu includes options like the Kare Burosu Ramen, a “vitamin-rich” dish with vegetables and shichimi-coated silken tofu in a curried broth, garnished with chili and fresh coriander. Vegan sides like Yasai Steamed Gyoza, along with several plant-based juices, were also added to Qatar menus.

In a statement, head chef Mario Baartman explained, “When talking to vegan customers, what they want the most is inclusion. That is the same with our vegetarian fans. Our first-ever dedicated vegan and vegetarian menu can be the starting point to support a vegan lifestyle choice.”

More plant-based recipes could be on the way, added Baartman. “We will be listening to our fans to make sure we are constantly adapting and innovating to meet customer desires and a modern lifestyle,” he said.

As well as in response to demand, the plant-based options were introduced to provide healthier choices for diners. According to the press release, vegans typically have lower cholesterol and blood pressure levels than those who eat animal products, as well as a lower body mass index. A reduced risk of cardiovascular disease is also common for those following a plant-based diet, Wagamama said.

Outside of the Middle East, other Wagamama outlets are updating menus to better cater for the changing consumer market. Vegan katsu curry arrived in British Wagamamas earlier this year, and last month, a plant-based dish with a vegan egg, created by chef Gaz Oakley, was added to Wagamama menus in London and Cardiff.

Wagamama Qatar’s new vegan and vegetarian menu will be available at Doha Festival City, Mall of Qatar, and Lagoona Mall.