According to the menu, the high street chain now serves “mini” versions of some of its most popular vegan dishes, such as its yasai ramen — which comes with rice noodles, fried tofu, sweetcorn, greens, and carrots — as well as its meatless katsu curry. The Japanese-inspired dish consists of panko-crusted sweet potato and butternut squash served with sticky rice, vegetables, and a curry sauce. Kids also now have the choice of two desserts: a blackcurrant and apple or mango and apple fruit pop.

Ross Farquhar, chief marketing officer at Wagamama, said the new addition is due to the popularity of the vegan dishes launched in May 2018. “We’re encouraging kids to try new tastes and textures and develop a playful palette,” he added.

Nutritionist Bahee Van De Bor explained that the new options incorporate essential vitamins and minerals for vegan and vegetarian children, including protein, iron, and vitamin B12. 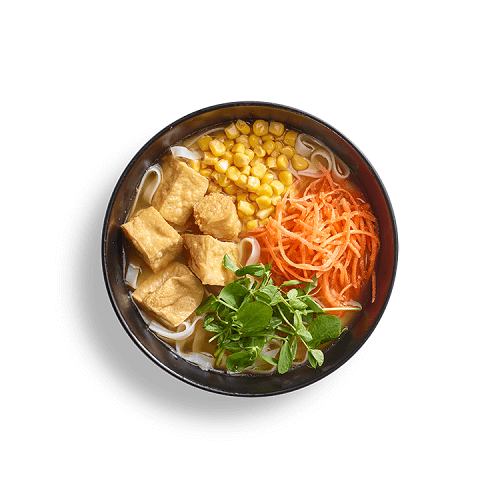 Wagamama recently worked with vegan chef Gaz Oakley, founder of the YouTube channel Avant-Garde Vegan and author of the cookbooks “Vegan 100” and “Vegan Christmas,” on a dish featuring a vegan egg. Called the “Avant Gard’n,” the bowl features barbecue seitan with grilled shiitake mushrooms, asparagus, edamame, carrots, spring onions, and Oakley’s Sriracha-infused vegan egg made with coconut. The dish was originally trialed in two restaurants, but launched nationwide in the UK and US last May.

“I really believe this dish will spark non vegan interest in vegan food, having the meaty element in the seitan and of course it has my vegan egg – but most importantly it tastes phenomenal,” Oakley wrote in an Instagram post last October.