The plant-based breakfasts are on their way to airport locations of the Asian-inspired food chain, helping travelers to “start [their] day the vegan way.” 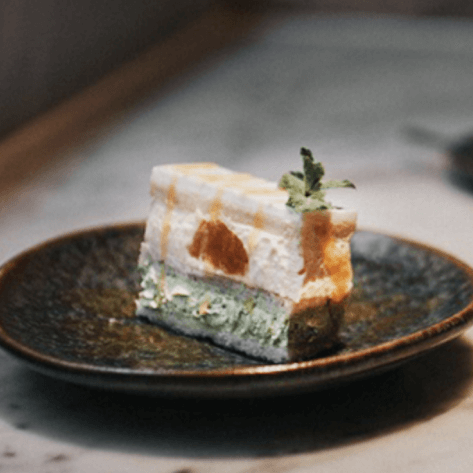 Vegan Mango & Matcha cake is on the menu at Wagamama

Plants have been at the center of the plate at Wagamama more than ever. The chain has added a variety of plant-based desserts to the menu, including Mango & Matcha Layer Cake, Strawberry & Yuzu ice cream, and Chocolate & Orange Blossom ice cream.

Vegan katsu curry, also made with seitan, is a popular choice among foodies, as is the restaurant’s mixed mushroom and panko aubergine hirato steamed buns.

Kare Burosu, Yasai Pad-Thai, Yasai Yaki Soba with Rice Noodles, Yasai Samla Curry, and Yasai Itame are vegan, as well as various sides and sorbets which are all registered with the Vegan Society’s trademark.

The dishes are Wagamama’s way of showing that “meat free shouldn’t mean taste free,” the company says on its website.

In October, the chain teamed up with chef, YouTuber, and cookbook author Gaz Oakley to create a plant-based dish with a vegan egg. Oakley praised Wagamama’s “incredible vegan menu” and named the new vegan egg dish a “mind blowing” addition.

Vegan food is becoming more and more popular in the United Kingdom as many choose to reduce the amount of animal products they consume for health, environmental, or ethical reasons. Greggs’ popular vegan sausage roll and Pizza Hut’s successful new plant-based dish is a testament to the number of Brits opting for plants over animal-based foods. Research from last year indicates the number of people going vegan in the UK surged by 700 percent in the previous two years, with figures expected to keep rising.