Earlier this week, Oakley posted an image of the dish on his Instagram. He captioned the image, “If this picture of my Wagamama collab dish Avant-Gard’n gets 15,000 likes it will make the UK & US national menus!!”

The post currently has over 22,000 likes and Wagamama has announced it will roll out the dish across the UK and the U.S. in May.

It said in an Instagram post, “we’re excited about a different kind of egg this easter…a vegan one! thanks to all your support for @avantgardevegan + our collab dish, the ‘avant gard’n’, we’re proud to announce the well-loved dish will be hitting our UK + USA national menus in May!” 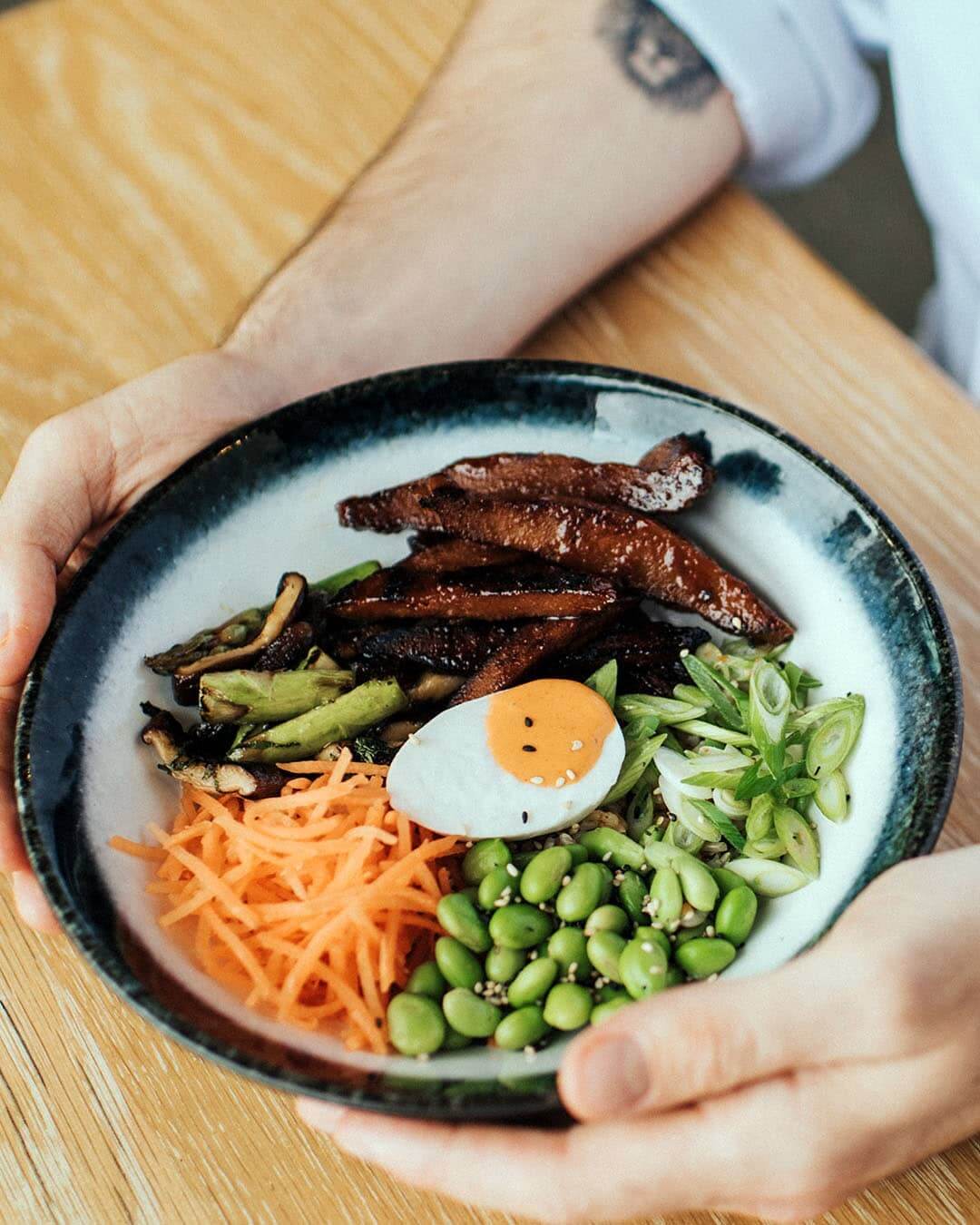 Wagamama recently announced it would launch the vegan egg across the UK and U.S.

The dish, which also features glazed seitan and shiitake mushrooms, is called the Avant Gard’n.

Wagamama has significantly increased its vegan food options in the last few years. The brand’s website states the menu “has been designed around the idea that meat free shouldn’t mean taste free.”

It adds, “we take your lifestyle choices seriously and aim to cater to each and every one of you.”

Many of the restaurant’s dishes are already vegan, however, the brand launched several new vegan certified options last year. Diners can now enjoy plant-based versions of popular dishes such as katsu curry, made with crispy fried seitan.

It also launched its new ‘kare burosu ramen’ in April. The new dish was inspired by a trip taken by the brand’s executive chef Steve to Japan and Korea in search of fresh ideas.

“This is one of the biggest achievements so far in my career,” he added.

He also commented, “I really believe this dish will spark non vegan interest in vegan food.”

The dish will be available from May.