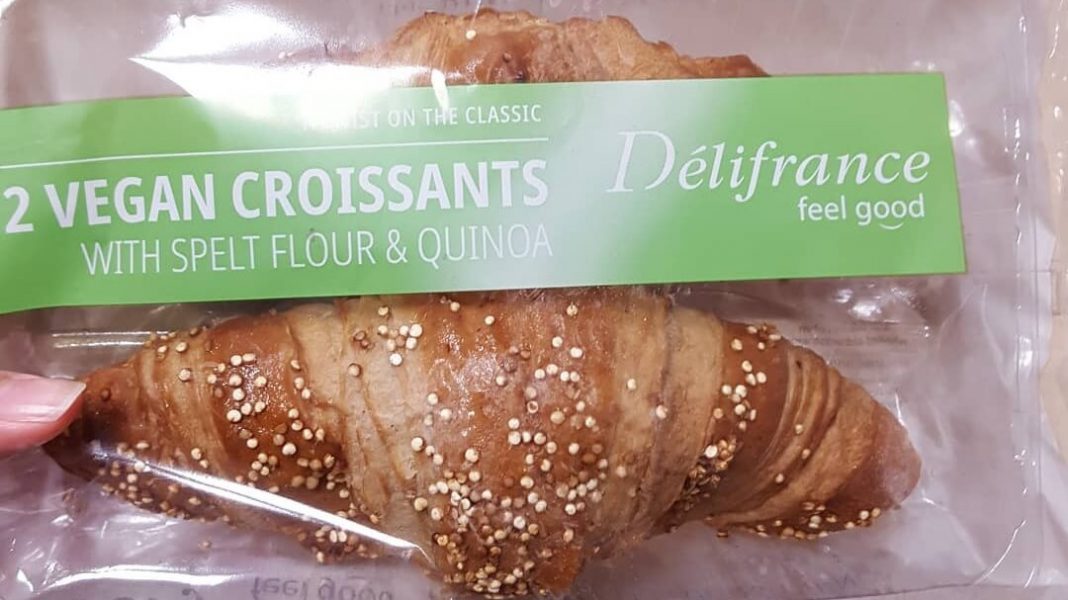 As plant-based diets rise in popularity across the UK, vegan burgers, sausages, and nuggets are in abundance on the shelves of supermarket chains up and down the country. However, up until recently, a vegan option for a croissant was a rare find. But now, consumers can breakfast on a plant-based, dairy-free version of the flaky pastry from Waitrose & Partners.

Created by Delifrance, the new croissants are made with vegetable margarine, wheat, spelt flour, and topped with quinoa. On its Instagram, Vegan Food UK notes they are healthier than traditional croissants.

Traditionally Austrian – although often associated with France due to their popularity in the country – croissants are historically made with butter and glazed with eggs. Due to their butter content, they are often high in calories and saturated fat.

Waitrose isn’t the first to launch a vegan butter-free version of the baked treat. The supermarket is hot on the heels of fellow chain Sainsbury’s, which added a range of vegan croissants and pain au chocolat by eco-friendly French bakery La Boulangére to its shelves earlier in January.

At the time of the launch, Simon Millea, Sainsbury’s buyer for Viennoiserie said in a statement,  “We know that more of our customers than ever are exploring plant-based lifestyles, so it’s very exciting to be the first supermarket to launch vegan versions of these bakery favourites.”

It was just by chance I saw these croissants staring back at me on the corner of the shelf whilst in @waitroseandpartners yesterday! Taste test coming up in my next post! ??? #croissant #vegancroissant #vegan #veganuk

Although the options for plant-based baked treats, like croissants, are increasing in British supermarkets. Over the last year, UK consumers have proved that they like to try their own hands at vegan baking too.

In the Autumn, popular Channel 4 show “The Great British Bake Off” aired its first vegan week, the judges said the cakes were “utterly delicious” and they were “pleasantly surprised” by plant-based baking.

Viewers were also inspired by the episode, one report by Ginger Comms – which surveyed participants after the show aired – revealed that 37 percent felt they were “more likely” to choose vegan cake over other egg and dairy-filled options in the future.