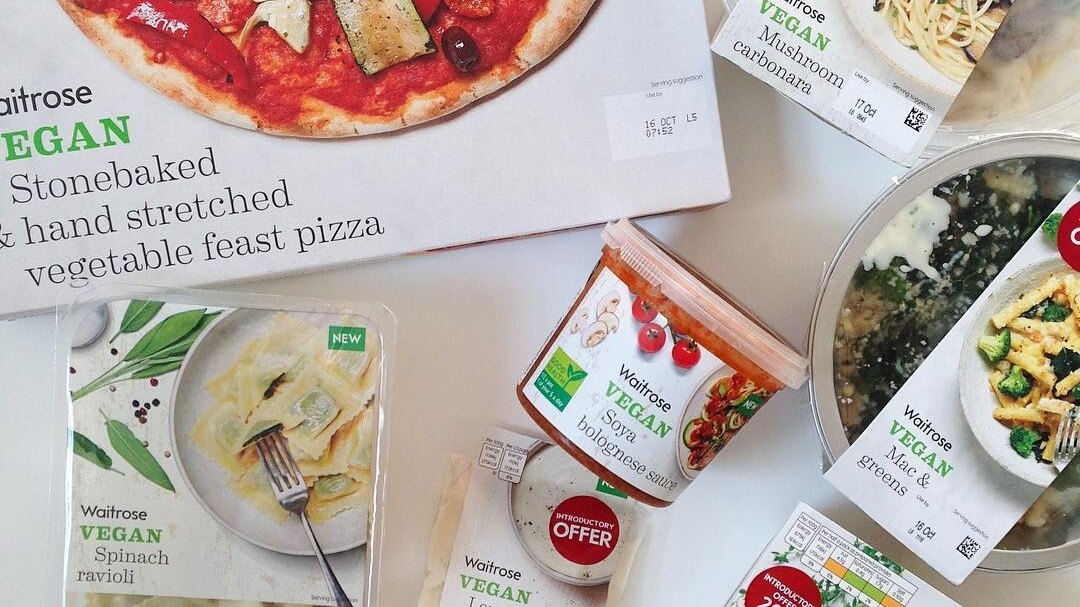 UK supermarket chain Waitrose & Partners, or just “Waitrose” as it is commonly known, has launched a vegan and vegetarian own-brand range consisting of 40 new products.

Earlier this year, Waitrose became the first in the UK to launch a dedicated vegan section, featuring products from plant-based brands such as The Happy Pear, Clive’s, Quorn, and Cauldron. Following a report that revealed that veggie and vegan sales surged by 34 percent, the supermarket launched its own extensive range of meat-free products.

Whilst the new range includes vegetarian offerings, they are outnumbered by the new vegan options, which include jackfruit-topped pizza, carbonara, paella, Fish’less’fingers, Fish’less’cakes, egg-free lemon mayonnaise, and jackfruit hoisin parcels.

Chloe Graves, the vegan and vegetarian buyer for the chain, said earlier this year that consumer demand for vegan products is clear. “Our current selection of products has been selling really well week after week,” she explained. “With requests for more choice coming from our customers and partners, we could clearly see there was an appetite to have more vegetarian and vegan options in our shops. Increasing our range builds on the work we did last year to increase choice for our customers in this area.”

Across the UK, Brits are consciously consuming less meat and dairy and more plant-based products for their health, the animals, and for the planet.

According to a nationwide survey conducted by technology consulting company ThoughtWorks, 20 percent of Generation Z citizens believe that the world could be meatless by 2030. Waitrose is in tune with this demand;  over the last few months, the supermarket has launched a new range of vegan ready meals by “Made in Chelsea” star Lucy Watson in 155 stores, as well as a grab-and-go vegan cheese ploughman’s sandwich.

Waitrose isn’t the only UK supermarket chain to launch more own-brand vegan products. In the last few months, Asda launched vegan cheese at its fresh pizza counters and Iceland launched a new plant-based food-only freezer along with a brand new range of vegan meat. Tesco, the nation’s largest supermarket chain, revealed that it had sold 4 million vegan Wicked Healthy ready-meals, exceeding sales expectations, since the range launched at the beginning of the year.