If you’re looking to make your own vegan smoked salmon, a number of recipes call for carrots. You can also use tomatoes or even papaya.

Johanessburg vegan restaurant Kaylee’s Eatery uses papaya to make its signature vegan lox. According to the owners, when sliced thinly, soaked in a smoky marinade, and then dehydrated for several hours, the fruit looks, tastes, and feels like fish. 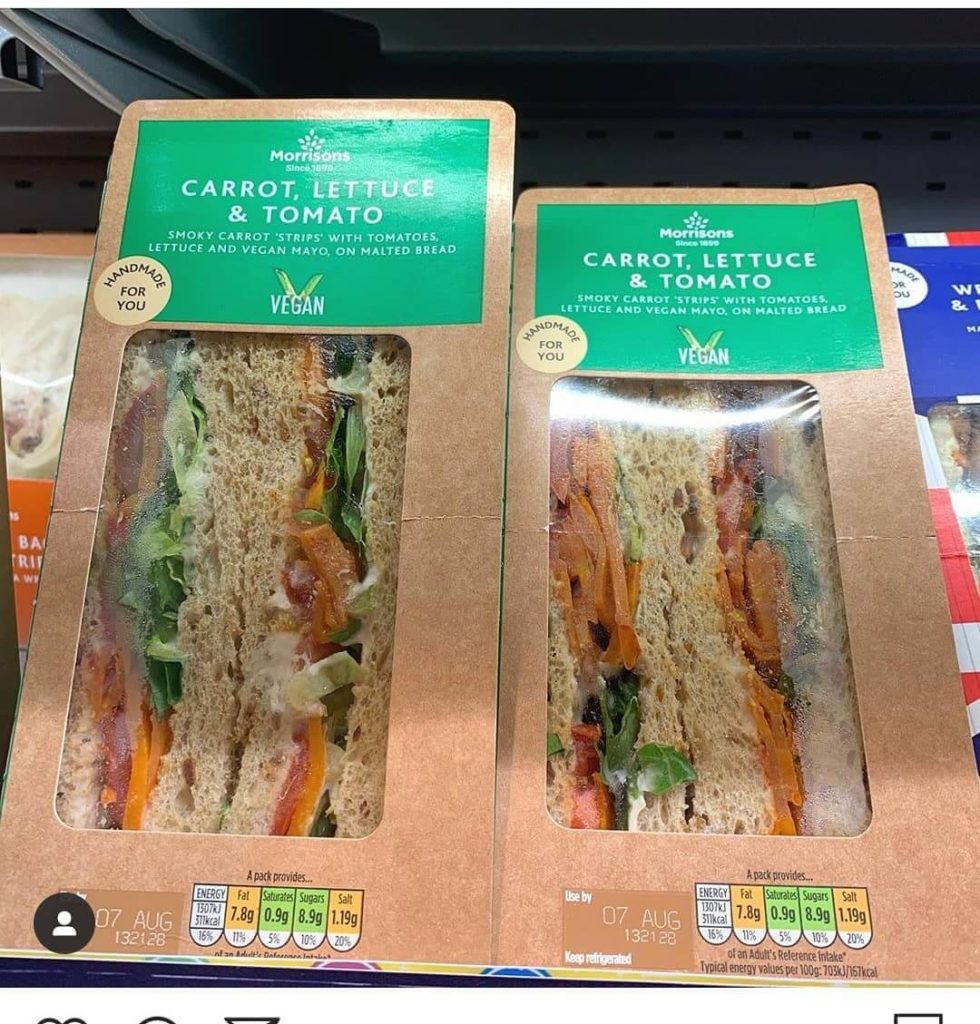 Vegan Options Rise Across the UK

Across the UK, vegan grab-and-go options are becoming more commonplace.

Health food chain Holland & Barrett recently launched food-to-go sections in a handful of its stores; options include a vegan Chipotle Chik’n sandwich by plant-based meat brand Tofurky. Health and beauty retailer Boots has also increased its vegan meal deal options, adding a Vegan No Chicken & Sweetcorn sandwich to its shelves at the beginning of the summer.

Brits are becoming more interested in plant-based foods. According to a Kantar Worldpanel study from earlier this year, in 2018, 66 million UK consumers are 150 million vegan meals. “Looking back on 2018 as a whole, one of the most notable consumer trends is the shift to a more plant-based diet,” said Fraser McKevitt, the head of retail and consumer insight at Kantar Worlpanel.

Like other UK supermarkets, Waitrose has responded to this change in demand. In the past year, it has launched a number of plant-based products, including vegan cornish pasties, Spelt & Quinoa Croissants, Spanish Sausage Whirls, and Jelly Avocado Sweets.