Information on the vegan bacon is not yet available on the Waitrose website. But, the supermarket chain has steadily built its own-brand plant-based range since the beginning of the year. Several people have commented on the post saying that they found Waitrose’s vegan bacon at their local store.

Several other UK brands have taken on a vegan version of the classic breakfast staple. THIS, a start-up founded by two self-professed meat lovers, introduced its pea protein-based vegan bacon to food critics, bloggers, and influencers earlier this year. The company developed the meat-free bacon, along with vegan burgers and chicken, for a year and a half and tested more than 2,000 versions before deciding on the final product.

Food tech startup Higher Steaks, meanwhile, is working on bacon made from real animal cells, without the slaughter. It expects its first product — lab-grown steak — to launch within five years.

Nestlé is also developing vegan bacon. CEO Mark Schneider said in an interview with MarketWatch that plant-based meat alternatives are a “significant mega-trend” that the world’s largest food company wants to capitalize on.

“We have plant-based chicken products, and we’re working on a whole lot of other formats, including even sausages and bacon,” he said.

Waitrose introduced a range of 14 own-brand vegan products at the start of the year, including fish fingers, mushroom and lentil meatballs, jackfruit burgers, dairy-free risotto, and more. The vegan fish fingers were particularly popular with customers. Vegan and vegetarian sales increased by 110 percent in one week, according to the figures from the supermarket.

“The growing appetite for meat-free dishes has been reflected throughout the year with rising sales of vegan and vegetarian products, as well as the introduction of exciting and innovative new products to the foodie market,” Chloe Graves, chilled vegetarian and vegan buyer for Waitrose, said in a statement.

Last August, Waitrose announced its vegan Christmas range. A full menu of appetizers, entrées, and dessert will be on offer. 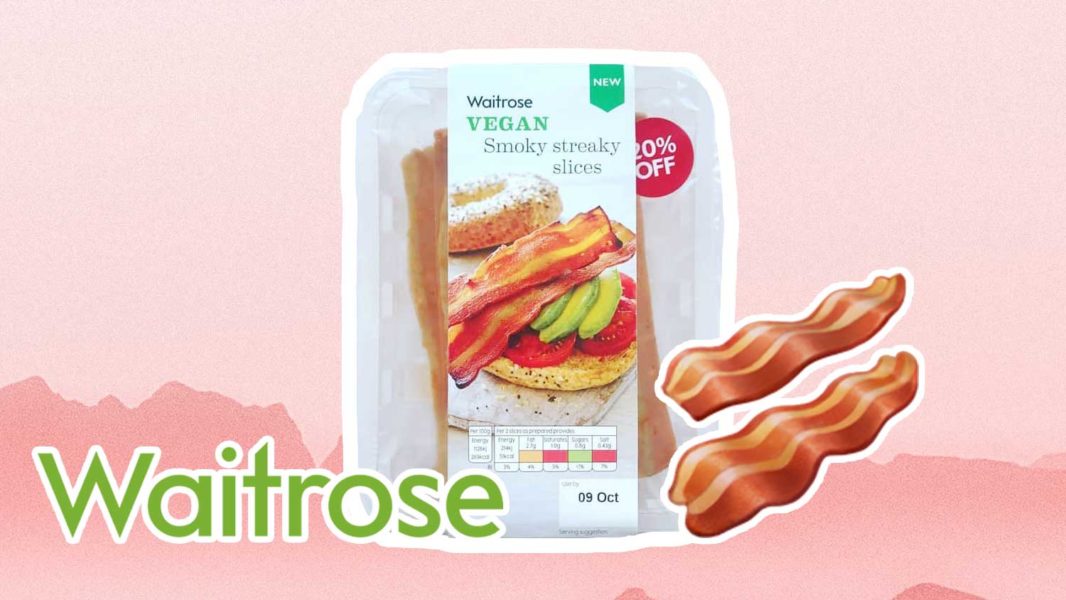