The new Vegan Jumbo Roll features a mix of minced mushrooms, oats, and seasoning, wrapped together in dairy-free puff pastry. The company also offers a BBQ Jackfruit Jumbo Roll which is packed with jackfruit and smoked BBQ sauce.

The brand launched the meat-free options in response to demand. More and more Brits are opting for vegan food as they learn about the environmental, health, and ethical impact of consuming animal products. According to a study from Sainsbury’s conducted at the beginning of 2019, 91 percent of Brits now identify as flexitarian. 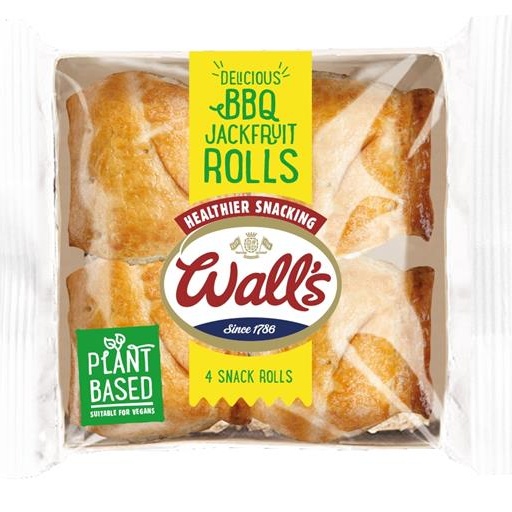 “Meat remains at the heart of our business, but times are changing,” said Michael Holton — the brand manager at Addo Food Group, which owns Wall’s — in a statement. “Everyone should be able to enjoy our products, no matter what diet they follow.”

“We have listened to our customers and wanted to offer vegan alternatives to our more traditional products,” he continued. “We have therefore spent a lot of time creating the perfect formula for our vegan range, to ensure we brought the best products possible to market — and we think they are worth the wait.”

The brand follows in the footsteps of a number of meat brands. Earlier this month, pork giant Hormel launched Happy Little Plants, a range of plant-based protein. And Maple Leaf Foods — a Canadian packaged meat giant — credits its rise in sales, in part, to its two vegan brands: Field Roast and Lightlife.

Sainsbury’s, Waitrose, Asda, and Iceland all offer plant-based meat products. Rosie Bambaji — the plant-based buyer at Sainsbury’s — said earlier this year, “we’re seeing increasing demand for plant-based products.” She added that the rise of flexitarianism in the UK was “unstoppable.”