Walmart is discontinuing the sale of live fish.

The world’s largest retailer once sold live fish at an estimated 1,700 stores. But, in a conference call with its suppliers earlier this year, Walmart announced that it would no longer offer fish or aquatic plants. Pet Business, the “most trusted name in the pet industry” reports that move began in March, but individual store managers were given the choice to decide on when to remove the tanks.

Walmart accounted for a large share of the live fish market. It is estimated that the mass retailer accounted for up to 30 percent of tropical fish sales in the market. 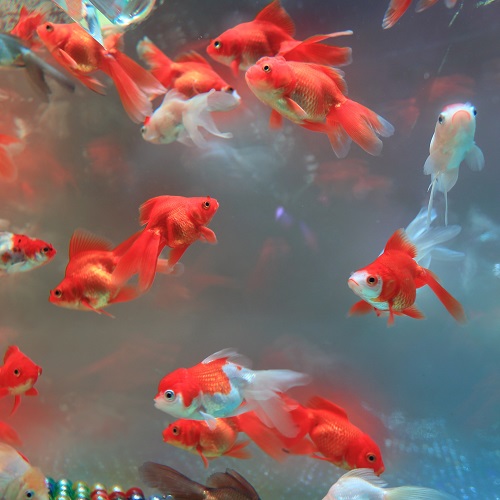 Getting a pet fish in order to learn about responsibility is often a childhood rite. Many of us likely recall picking a goldfish from a crowded tank or shimmering betta, packaged in a small plastic container. Several experts have pointed out that whether humans are using them as food or pets, fish are typically excluded from our moral circle.

“Because fishes inhabit vast, obscure habitats, science has only begun to explore below the surface of their private lives. They are not instinct-driven or machinelike,” ecologist Jonathan Balcombe, author of the 2016 book “What a Fish Knows,” said in an interview with the New York Times. “Their minds respond flexibly to different situations. They are not just things; they are sentient beings with lives that matter to them. A fish has a biography, not just a biology.”

A 2016 study published in the journal Animal Cognition revealed that fish are much smarter than people realize. They are able to recognize other fish and solve puzzles. Contrary to popular belief, their memories can last for months.

The pet industry often mistreats fish. Last May, international animal rights group PETA (People for the Ethical Treatment of Animals) released an exposé of more than 100 Petco stores revealing betta fish living in contaminated water. Many fish die before reaching the pet store. Despite needing at least a 2.5 gallon tank, a good filtration system, and temperature-controlled water, many fish live out their lives in small bowls.

Pet Business speculated earlier this year that Walmart’s decision could have a significant negative impact on aquarium supplies manufacturers.