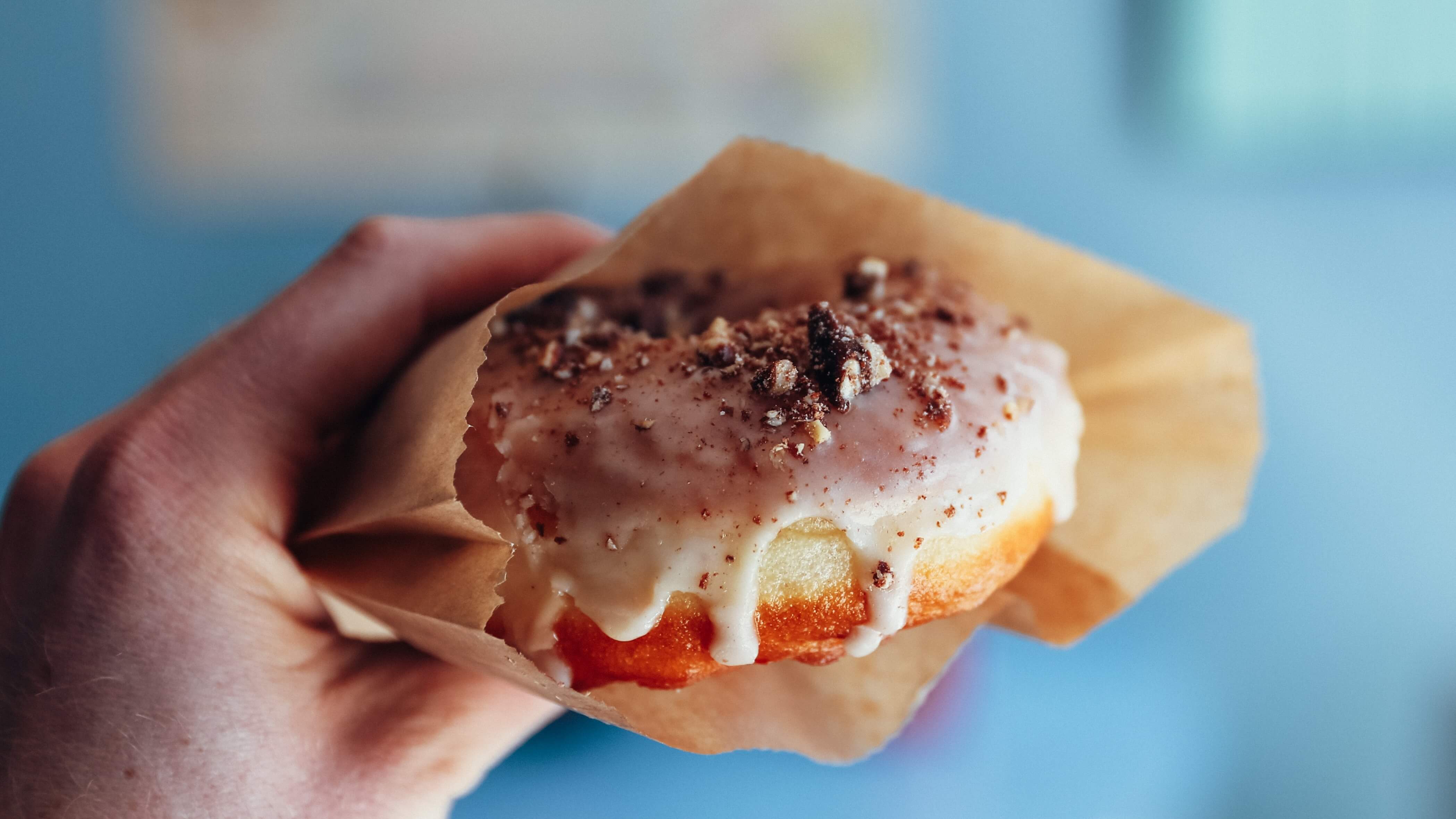 Donut Run was created by longtime bakers, vegans, and husband-and-wife duo, Shawn Petersen and Nicole Dao. The couple was inspired to start their own business after visiting The Donuttery, a small shop in Huntington Beach, California. They developed a plant-based donut base by replacing animal-based ingredients with soy milk, vegan butter, and egg substitute.

“It just seems like such a tight-knit community,” said Petersen, speaking to the decision to open up in Takoma. “We have a couple of friends who live over there. It always seemed like an awesome neighborhood.” According to Main Street Takoma, Petersen and Dao will partner with other local businesses to serve coffee.

Although DCers can find plant-based donuts at the award-winning vegan bakery, Sticky Fingers DC, Donut Run will be the first brick-and-mortar to serve just donuts. Compared to cities like New York, where vegan donuts from Cinnamon Snail and Dun-Well Doughnuts are easy to come by, Washington D.C. is lacking in options. According to Petersen, he hopes to eventually open a 24-hour establishment because donuts are his favorite dessert.

Donut Run’s 1000-square-foot shop is expected to open in spring 2019. For a list of nine must-visit donut shops in the U.S., click here.