Bojack Horseman – for those that haven’t seen it – is an animated sitcom on Netflix about a washed-up anthropomorphic horse who starred in his own sitcom back in the 80s. The show has humans sharing their world with many other anthropomorphic characters (cats, dogs, whales, etc) which at first glance is mostly fantastic as it provides a solid base for puns, but ultimately provides a huge pay off for exploring a huge number of topics.

The Netflix series (the fourth season of which will be released on September 8th) like many animated shows tackles weighty issues with a satirical glance. Depression, celebrity, feminism, substance abuse, gender roles and the like are all taken on with genuine thought – usually behind the guise of comedy.

One episode though – entitled Chickens (series 2, episode 5) – dives headfirst into the world of chicken farming, and subsequently the humane myth. In a world in which characters are often animals themselves how does it work that chickens are eaten? The answer is ‘easily’ explained by the head of the chicken farm ‘Gentle Farms’ – incidentally a chicken – who states that “these chickens aren’t like us and are specifically bred to be eaten”. 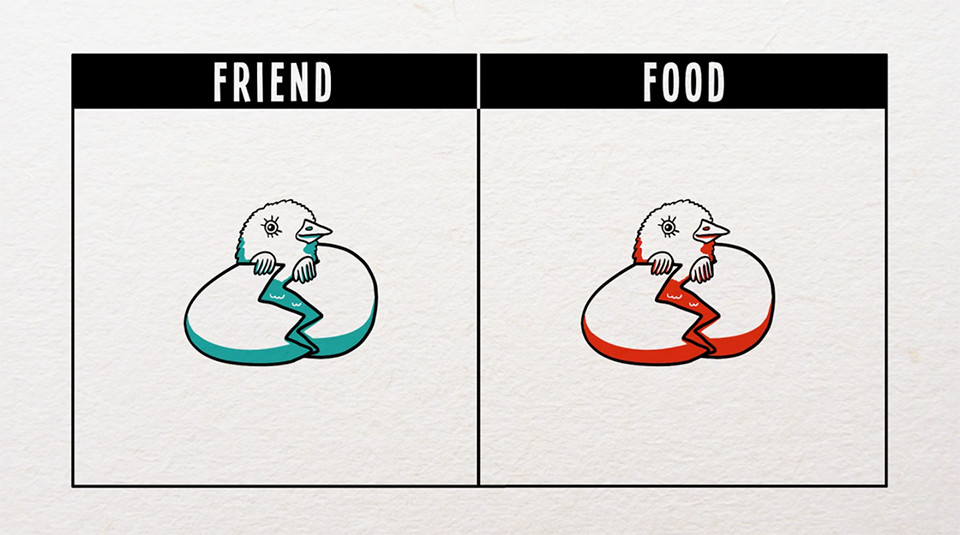 Bojack Horseman frequently alludes to the topic of eating meat in the show – in one scene a waitress at a diner who happens to be a cow, serves a customer a steak. It’ll come as no surprise to learn that the creator of the sadcom – Raphael Bob-Waksberg – is vegan. And in response to the the numerous hints that the eponymous Bojack eats meat, despite being a horse said “to me, it’s just as horrifying that we live in a world where we eat meat”. But the episode ‘Chickens’ is where these messages are explicitly dialled up, exploring which animals are food, which aren’t and that which can be food but it’s fine because they are treated well.

Similarly to Netflix’s Okja, Bojack is able to come at these heavy topics from the viewpoint of the layman. Having characters that aren’t overwhelmingly vegan, displaying their shock and confusion at the systemised of farming, surely invites viewers to feel a deeper emotional connection to the problems than simply saying “this is wrong”.

The episode features numerous jokes and observations on the meat industry, both obvious and subtle. But perhaps it’s greatest trick is – like Simon Amstell’s Carnage – simply presenting facts and truths about the industry in an absurdist manner for laughs. As per a conversation between a news anchor and a spokesman for a fast food restaurant.

News anchor: “How do you respond to allegations that factory farming is torture or cruel or like a terrifying movie about some strange dystopian society, but in this monster story, the horrifying monsters are us?”

Spokesman: “Relax Tommy, everything we do is completely legal and FDA approved so therefore it’s fine”

The show asks a lot of questions about a lot of issues and gives very few answers. But hell, it’s clever, funny, witty and makes you think. And that’s always lovely. Neigh (horse pun), brilliant.