Updated April 14, 2019. Brits love vegan chicken. They love vegan chicken so much that KFC — the biggest fried chicken chain in the world — recently revealed it would be launching a vegan option this year in the UK in order to cater to demand.

In the supermarkets, there are already a number of vegan chicken products on the shelves, from Quorn to Squeaky Bean to own-brand nuggets and stir fry pieces. But there’s always room for more, and thanks to Danish vegan meat brand Naturli, Brits could be getting just that.

The brand — which already sells its bleeding mushroom burgers and palm oil free vegan spread in Sainsbury’s — is bringing its sausages, chick-free chicken, falafel dough, and vegan burger to Sainsbury’s.

Hinting at expanding its Chick Free chicken into different countries, the brand said on Instagram, “one of Naturli’s green news of 2019 is Chick Free – a 100% plant based alternative to chicken. Peas provide protein and texture to Chick Free. It’s 100% free from GMO and MSG, and has caused a whole lot of OMGs here in Denmark.” It added, “What do you think? Should we try and see if Chick Free can fly in your home country?”

Naturli’s UK fans responded in the comments, urging the company to bring Chick Free across the channel. One Instagram user said, “I’d buy the heck out of that!!” alongside a UK flag emoji. 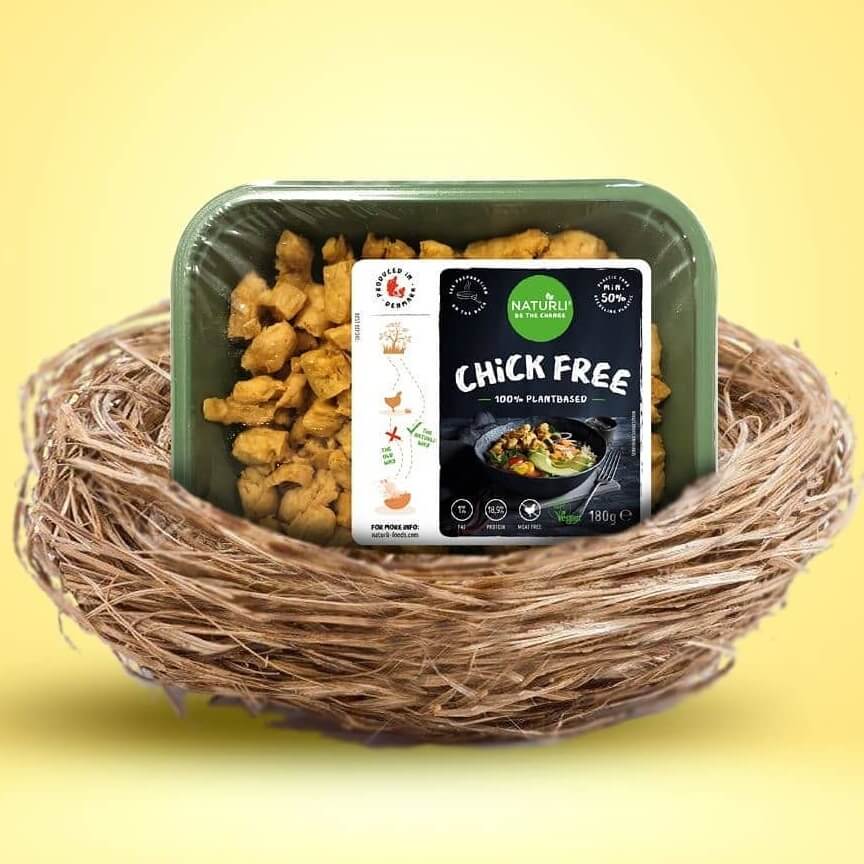 Naturli’s foods are made with a plant-based future in mind, according to the company, which aims to show meat-eaters just how tasty vegan protein can be.

“We once thought that the earth was flat, cars could only run on gasoline and meat and milk could only come from animals,” it notes on its website. “That time has come to an end.”