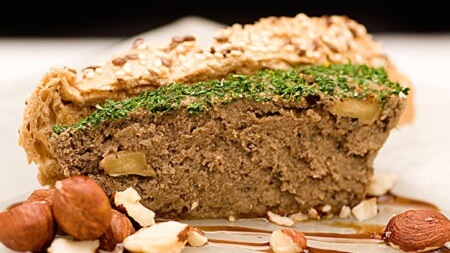 The family-owned Patchwork Pâté, a Welsh pâté manufacturer based in Ruthin, has secured £400,000 to expand its range of vegan food.

Traditionally, pâté – that comes in paste, loaf, or pie form – is made using liver, pork, beef, or another kind of animal meat. Patchwork Pâté has handcrafted these products since its establishment in 1982, but with the changing times that sees consumers leaning more toward plant-based foods, the company is evolving to keep up.

The brand already offers four vegetarian pâtés, two of which are vegan. The vegan red pesto pâté is made with ripe tomatoes “dried on the sun baked hillsides of the Mediterranean summer,” the website reads. And the vegan lentil and mushroom pâté contains forest mushrooms and paprika for a “deep woodland flavour.”

We’ve got @patchworkfoods here at Little Budworth TODAY ?? They will be here sampling their delicious pate so pop in between 11am – 4pm for a taste! #patchwork #patchworkpate #pate #ruthin #meetthesupplier #supplier #theholliesfarmshop #littlebudworth #cheshire #farmshop #coffeeshop #restaurant #delicatessen #a49

Patchwork Pâté already supplies to local restaurants and pubs, but the company hopes to offer its products in supermarkets as well.

“Our new product lines have enabled us to diversify as a business, open up new revenue streams and enter the retail market for the first time,” said Rufus Carter, managing director at Patchwork Pâté, in a statement.

He continued, “With the support of our relationship manager at HSBC UK, William Jones, we’ve built an exciting element to the business, which meets growing demand for innovative pâté products.”

According to Carter, businesses must embrace the growing vegan movement. “Veganism is a trend that cannot be ignored by the food trade,” he said in a blog post earlier this year.

“We are delighted that we are able to respond quickly to consumer trends and deliver pates for vegan menu options across the UK,” he said, adding that the business is “keen to support the food service trade” by developing plant-based options.

Those interested can visit the new Patchwork Pâté kitchen to see products being made. This will allow the business to create stronger relationships with its customers.