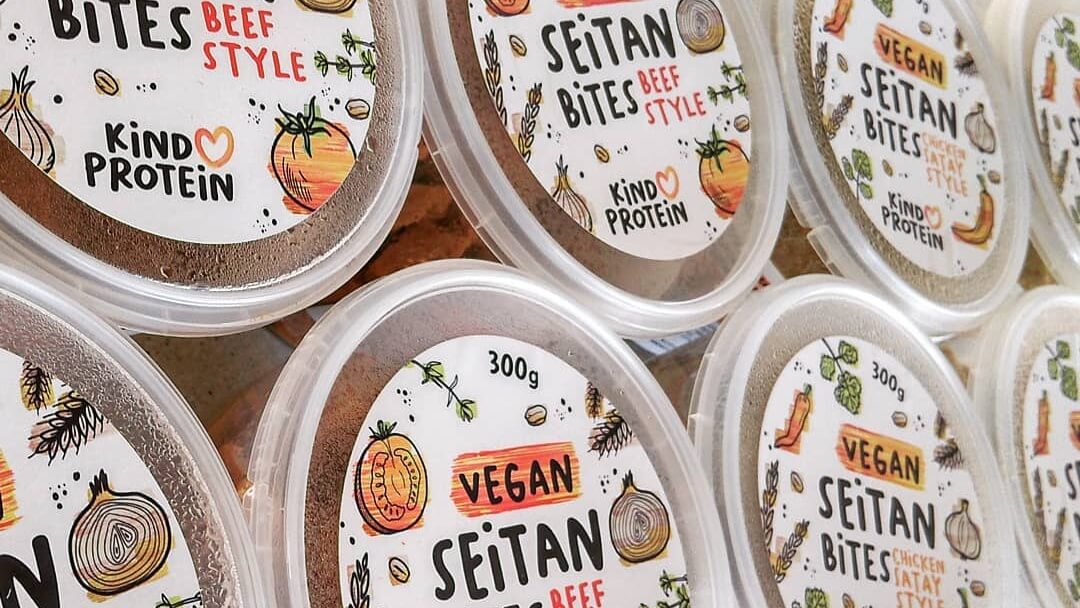 Wales-based vegan meat and snack startup Kind Protein has been shortlisted in the “Innovator” category of Specialty Food Magazine’s annual New Producer Awards, beating hundreds of other entries in the running. The trade magazine is the UK’s largest circulated publication that covers news in the fine food and drink business.

Local news source Business News Wales reports that Kind Protein was founded by entrepreneur Hannah Seifert, who launched the brand just four months ago. Seifert noticed the demand for vegan food, particularly for high-quality seitan, a plant-based meat made with wheat protein. With the help of the ZERO2FIVE, a facility at Cardiff Metropolitan University that provides food and drink brands with technical, operational, and commercial support.

“We approached ZERO2FIVE Food Industry Centre as a new business with no previous knowledge of the food manufacturing industry. They helped us immensely with explaining food safety and supporting us to write our HACCP [Hazard Access and Critical Control Point] plan. The team very helpful, knowledgeable, and patient as we had plenty of questions,” Seifert said.

Seifert’s nomination as an “innovator” speaks to the shifting consumer perception of vegan meat in the UK. More than 8 million Brits already follow a meat-free diet, according to data from food-focused publication The Grocer, and 28 percent identify as “meat-reducers,” motivated by health, sustainability, and animal welfare.

Though the number of vegans living in the UK has surged by 700 percent in just two years, a report released by the Agriculture & Horticulture Development Board indicates that it is omnivores who are driving sales of plant-based products in supermarkets. Strong sales of vegan products in major supermarket chains like Tesco, Sainsbury’s, and Waitrose has led many to introduce both own-brand veggie products as well as offerings made by independent brands.