The Plantiful Burger comes topped with cheese, lettuce, tomatoes, pickles, onions, ketchup, and mayonnaise. Wendy’s told animal rights charity Compassion Over Killing at the time that the burger contains egg, but did not specify if this refers to the mayonnaise.

The low-key launch shortly followed comments made by Wendy’s CEO Todd Penegorr. During the company’s 2019 second-quarter earnings call, Penegor was asked about the company’s interest in plant-based protein.

“Clearly there is growth out there in plant-based proteins and we believe that it is a trend that will be here to stay,” the CEO said, adding that Wendy’s is “taking a hard look at what the options would be for us at the restaurant.” 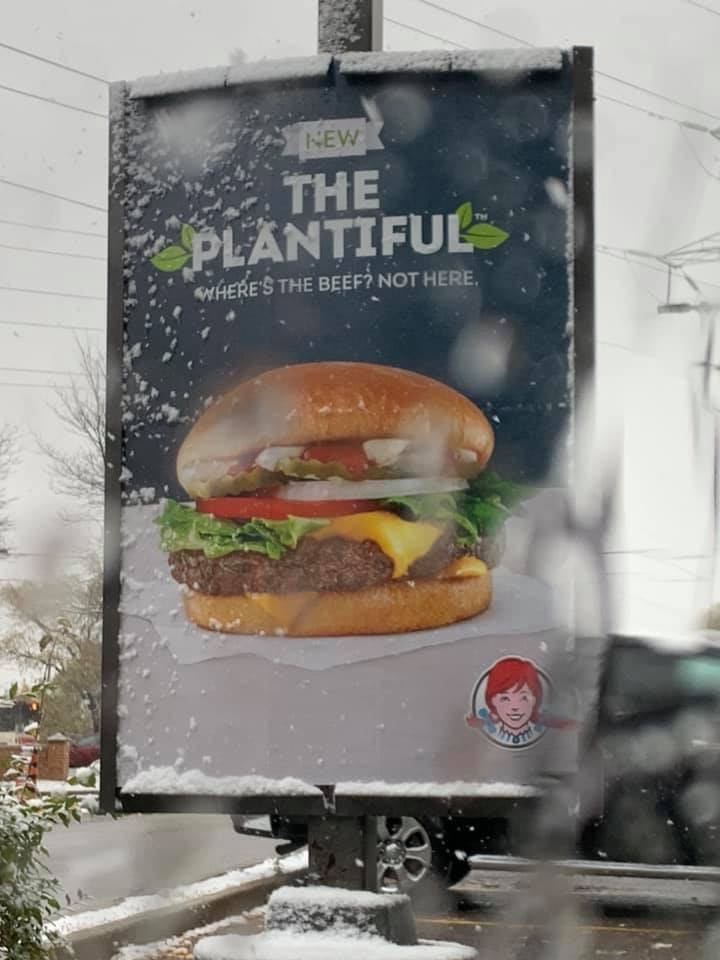 Last August, a petition was created that encouraged Wendy’s to “join 2019” and launch a vegan burger. The petition amassed nearly 30,000 signatures.

“A plant-based burger would not only be better for animal welfare, the environment, and health, but also great for business at Wendy’s,” the petition reads. Wendy’s appears to be responding with the larger, but still limited release of the Plantiful Burger.

Other Canadian fast-food restaurants are on board with trialing vegan options. McDonald’s Canada launched the P.L.T. sandwich—short for plants, lettuce, tomato—at 52 Toronto locations last month. The burger features a vegan patty made by California-based brand, Beyond Meat exclusively for McDonald’s.

“Being of service to McDonald’s has been a central and defining goal of mine since founding Beyond Meat over a decade ago,” Beyond Meat CEO Ethan Brown said in a statement. “It comes after a long and productive collaboration to make a delicious plant-based patty that fits seamlessly into McDonald’s menu. We’re thrilled with the outcome.”