Wetherspoons is somewhat of a national treasure in England, and now it has another title to its name.

In the PETA Vegan Food Awards 2017, the chain won the award for ‘Best Vegan Noodles.’

And Spoons’ noodles have made the cut.

The Teriyaki Noodles, a non-egg noodle dish with fresh vegetables in a teriyaki sauce with soy sauce, ginger and garlic with a hint of chilli, is not only delicious but healthy too: it is below 500 calories for the meal, and with less than 5% fat. 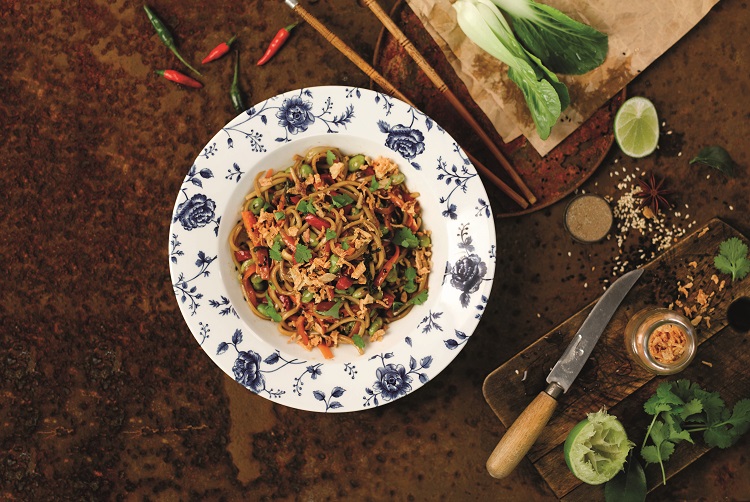 Carr spoke highly of the chain, commenting that “[w]herever you live or travel in the UK, you’re never far from a delicious hot vegan meal, thanks to Wetherspoon’s vegan options.”

This has been a victory for both vegan fans of Spoons, and the chain itself, with food development manager Oliver Addis saying, “[w]e are delighted with the award. We are keen to offer our customers as wide a range of meals as possible and this includes a selection of vegan meals.”

And it’s true-  ‘spoons have a variety of vegan options to choose from and even went as far as to register their menu with The Vegan Society trademark. Some of their other vegan options include a cooked breakfast, fresh fruit or bagel, baked sweet potato with a chickpea and spinach curry, nachos, pasta pomodoro, five bean chili and a Bramley apple crumble.

With the increasing demand for vegan good on the high street and receiving public recognition from such an established vegan charity, we can only hope this encouraged Wetherspoons to keep up the good work. and maybe get some vegan cheese in there.