Whistleblowers have long played a role in exposing the rampant abuses found in factory farms across the U.S., dating back to Upton Sinclair’s 1906 novel about the Chicago meat industry, “The Jungle.”  In recent years, ag-gag laws, which criminalize those who seek to hold the animal agriculture industry accountable through photography and video, have gained traction. But, what are ag-gag laws?

What Is an Ag-Gag Law?

These laws particularly target animal rights activists who have captured violations of the Humane Slaughter Act, which grants less-than-basic rights to pigs, cattle, calves, horses, mules, and sheep within the animal agriculture industry.

Critics of this law have not only pointed out the oxymoronic nature of the term “humane slaughter,” but also that the law excludes poultry, such as the more than 9 billion chickens slaughtered each year. “Humane” slaughter also does not prevent suffering. Mountain Meat Packing in Fruita, Oregon, was recently suspended for violating the act after a hog was left conscious after a failed stunning attempt.

The ability to document what happens inside slaughterhouses is critical not only to protect animals but also humans. The Humane Slaughter Act is regulated by the USDA Food and Safety Inspection Services (FSIS), which also inspects slaughterhouses. But, the FSIS is losing power. Earlier this year, the Trump administration moved to give more control to the pork industry itself, rather than the already-understaffed agency. 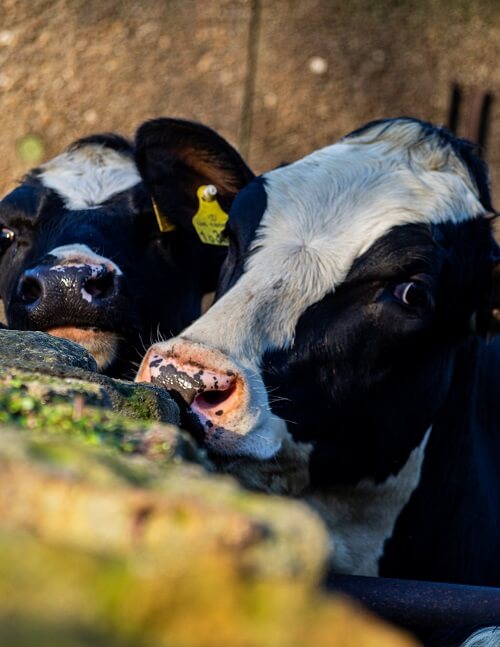 The Danger of Ag-Gag Laws

Challengers have pointed out that ag-gag laws criminalize the First Amendment right to freedom of speech and the right to record. According to the ACLU (American Civil Liberties Union), which has challenged several state ag-gag laws over the years: “Undercover reporting is a critical tool to inform the public about corporate wrongdoing.”

Undercover investigations can have an impact. Whistleblowers have also exposed factory farm workers kicking and dragging animals. In 2009, an undercover investigation by international animal rights group PETA (People for the Ethical Treatment of Animals) revealed four workers employed by an Iowa Hormel supplier beating pigs with metal rods and sexually abusing them with canes.

However, the root problem is not individual employees, but rather a system that profits off of animal slaughter.

Undercover investigations have exposed abuse within the animal agriculture industry, exposing not only violations of the Humane Slaughter Act, but also standard industry practices. Gestation crates, metal cages used to contain pregnant and nursing sows, prevent the animal from even turning around. Other standard practices revealed by undercover investigations include docking piglet tails without anesthesia. Animals on factory farms are also known to exhibit signs of extreme psychological stress, such as repetitive, stereotypic behavior, bar-biting in pigs, biting each other, and cannibalism.

Which States Have Ag-Gag Laws?

Modern-day ag-gag laws were introduced in 2011. Prior to this, “ecoterrorism laws” protected agricultural operations from trespassers who sought to damage property. Several states still have these laws in place.

Kansas passed the nation’s first ag-gag law 30 years ago, making it illegal to photograph or document the inside of a factory farm “with the intent to damage the enterprise conducted at the animal facility.” Earlier this year, the United States District Court for the District of Kansas struck down most of this law as unconstitutional. Other states that have overturned ag-gag laws include North Carolina, Utah, and Idaho.

Twenty-eight states have attempted to pass ag-gag laws, the majority of which have been ruled unconstitutional in state federal court.

Iowa has introduced three ag-gag laws, the first of which was ruled unconstitutional on First Amendment grounds in January 2019. Lawmakers soon attempted to introduce a second law, which was put on hold due to another Constitutional challenge. State Senator Ken Rozenboom, one of the bill’s sponsors, is a factory farm owner.

However, earlier this month, the state quietly introduced a third bill, hidden at the bottom of an agricultural bill related to coronavirus concerns. The law proposes up to two years of jail time and a $6,250 for first-time trespassers. If trespassers are caught a second time, they could face a felony charge, up to five years in prison, and a fine of up to $7,500. If brought to law, the Iowa Citizens for Community Improvement, which fought the previous two laws, will challenge it.

Enacted in 2017, Arkansas’ ag-gag law allows businesses to sue whistleblowers that reveal the cruel conditions on factory farms for tens of thousands of dollars, according to the Animal Legal Defense Fund (ALDF). In addition to this, the state’s law prohibits undercover footage at nearly all private entities. This includes nursing homes and daycare centers.

The ALDF, along with Animal Equality, the Center for Biological Diversity, and the Food Chain Workers Alliance challenged this law as a violation of free speech. The case is on appeal as of March 2020.

Missouri has two laws in place that criminalize whistleblowers. Under § 578.013, anyone who records alleged abuse of farm animals must submit the unedited video to the police within 24 hours. To not do so is considered a class A misdemeanor. The second law, § 578.405, called The Animal Research and Production Facilities Protection Act, extends to all animal facilities. This includes factory farms, research labs, and puppy mills. Missouri has the largest number of puppy sellers on the Humane Society’s “Horrible Hundred” report, which documents known facilities. The state’s act prohibits not only recording, but also releasing or “stealing” animals.

Passed in 1991, Montana’s Farm Animal and Research Facilities Protection Act prohibits recording with “the intent to commit criminal defamation.” Like Missouri’s law, it includes factory farms as well as research facilities or anywhere an animal is “lawfully kept, handled, housed, exhibited, bred, or offered for sale.”

Also passed in 1991, North Dakota’s Animal Research Facility Damage law mandates that no person may enter “an animal facility and use or attempt to use a camera, video recorder, or any other video or audio recording equipment” without permission. It also prohibits property destruction and releasing animals.

What’s Next for Ag-Gag Laws?

There is no federal law that prohibits states from passing ag-gag laws. However, these state laws may be vetoed by the governor. North Carolina’s Governor Pat McCrory vetoed a 2015 ag-gag law. He said that while he supported the purpose of the bill, it was too broad. However, legislators came up with the two-thirds vote necessary to override the veto in 2016. According to the Humane Society of the U.S., poultry industry lobbyists played a significant role in overturning the veto. Ag-gag bills were also vetoed by the governors of Tennessee and Arizona. Once a bill has passed, groups such as the ALDF and ACLU may challenge it on the grounds of violating First Amendment rights.