For centuries, eggs have been a staple in the diets of people all around the world. But alongside raised awareness of the environmental, ethical, and health implications of egg production and consumption, the public is increasingly turning away from chicken eggs in favor of plant-based alternatives.

As the public increasingly strives to be more conscious in its consumerism, many people wonder, why don’t vegans eat eggs? 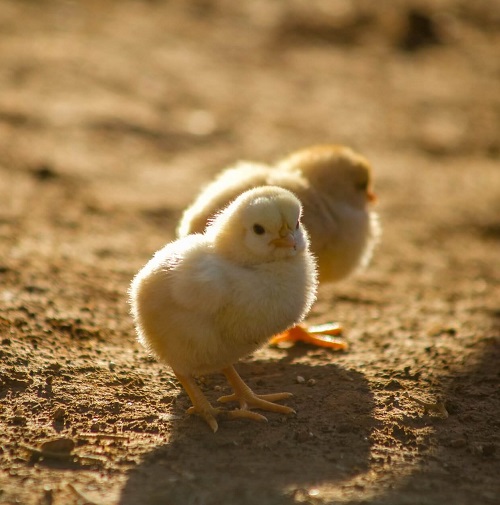 Is There an Ethical Way to Eat Eggs?

The public’s upped concern for animal welfare is leading to a decline in the egg industry.

Although eggs can theoretically be collected from hens without harming the bird, most eggs – particularly, the ones available at supermarkets—are mass-produced on factory farms.

Egg-laying chickens raised in factories face dire conditions. They are often subject to debeaking, a practice completed with a hot blade and no painkillers within hours or days of birth to make it more difficult for the birds to harm each other or themselves, which is common for animals under severe stress.

Hens are kept in tiny wire battery cages, sometimes as small as a piece of A4 paper. Birds are often cramped into the same space as each other, unable to lift a wing, and forced to urinate and defecate on top of one another, leading to disease.

On top of poor feeding practices and untreated injuries, all-male chicks born into the egg industry are disposed of since they do not lay eggs and are therefore unprofitable. Millions of baby chicks are killed by being suffocated or dropped into grinders, called macerators, whilst they are alive.

Besides the conditions that animals face in the egg industry, vegans also choose to not consume them due to the principle that animals cannot willingly consent to give their eggs. Instead, owners of chickens might choose to cook and give the products back to the chicken, who can enjoy them as a protein-packed treat.

Not only are eggs unkind to chickens, a documentary released by Frontline revealed instances of human trafficking in the industry at Trillium Farms in Ohio, one of the largest egg farms in the state. Smugglers had promised undocumented immigrants from Guatemala, some of whom were teenagers as young as 14, an education and money to pay off debts. Immigrants were found living in unsuitable conditions. 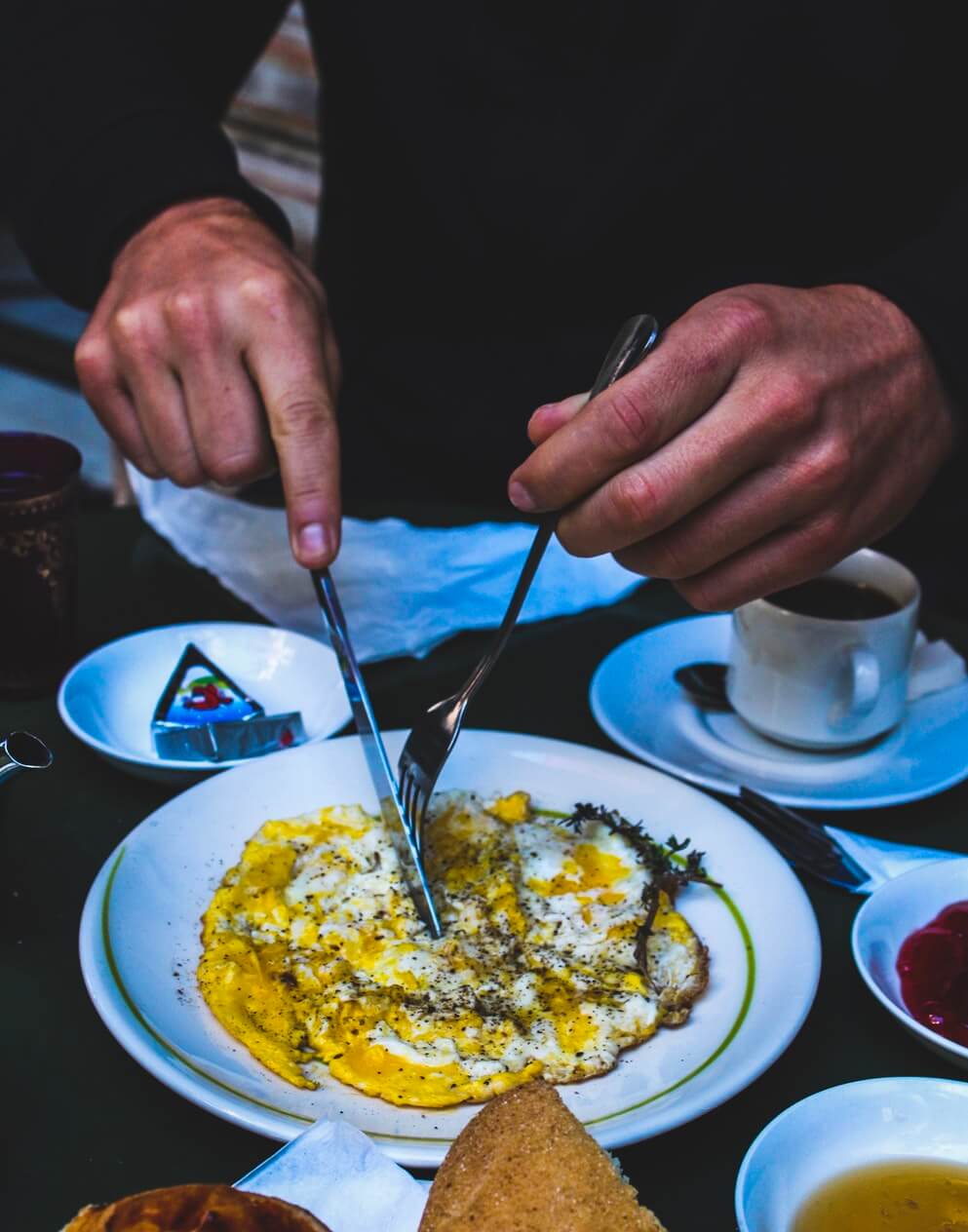 Is Eating Eggs Good for You?

Eggs do offer some health benefits, being a good source of protein and iron. But they also come with health risks, partly due to their high saturated fat and cholesterol levels, which can up one’s risk of heart disease.

Eggs could also be a cause of cancer, according to the former president of the American College of Cardiology, Kim Allan Williams, MD. During a presentation at Rush University Medical Centre, Williams said, “Eggs cause more cancer than processed red meat. And processed red meat is on the World Health Organization’s class one carcinogen list.”

Williams added, “Cardiovascular disease is more related to the intake of processed red meat, but for total mortality, all-cause mortality, there are no safe animals products.”

Vegan eggs could also help to end salmonella outbreaks, according to data. In 2018, 206 million eggs were recalled by major brands like Walmart and Food Lion following reports of salmonella. Concerns over antibiotic use in animal agriculture industries are also prompting the public to look for safer, healthier alternatives.

How do eggs impact the environment?

Are Eggs Bad for the Environment?

Like other animal products, the production of eggs leaves a heavy footprint on the planet. One study saw scientists from the University of Oviedo looking at the effect of intensive egg production on the environment over 18 categories including ozone depletion, climate change, terrestrial acidification, human toxicity, and land use. “The most affected have been the transformation of the natural earth and the water and land toxicity,” said one researcher.

Publication The New Food Economy drew attention to the egg industry’s decline, partly due to its detrimental impact on the Earth. It said that to produce a dozen eggs, four pounds of feed, 636 gallons of water, and a “discomforting amount” of antibiotics are required.

In contrast, vegan and vegetarian foods offer a drastically smaller eco-footprint. Researchers from the University of Oxford stated that going vegan is the “single biggest way” to reduce your impact on the planet.

What Substitutes Do Vegans Use Instead of Eggs? 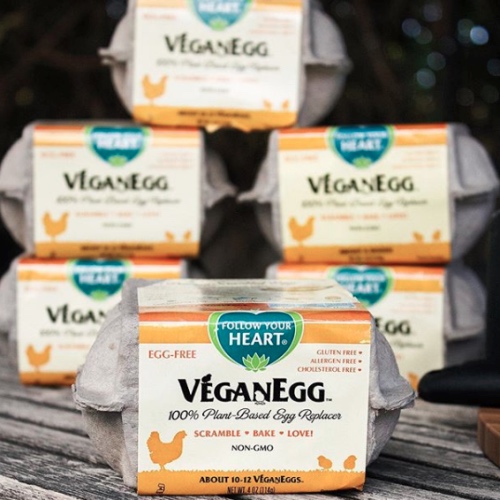 Follow Your Heart’s VeganEgg offers ten to 12 egg replacements in each pack. Made from soy, the product is gluten-free, offers 2.6 grams of protein, and can be purchased online. VeganEgg can be used in cooking—like for baked goods—and also to make egg-centric dishes like omelets, quiches, and French toast. Follow Your Heart also makes creamy egg-free mayonnaise. 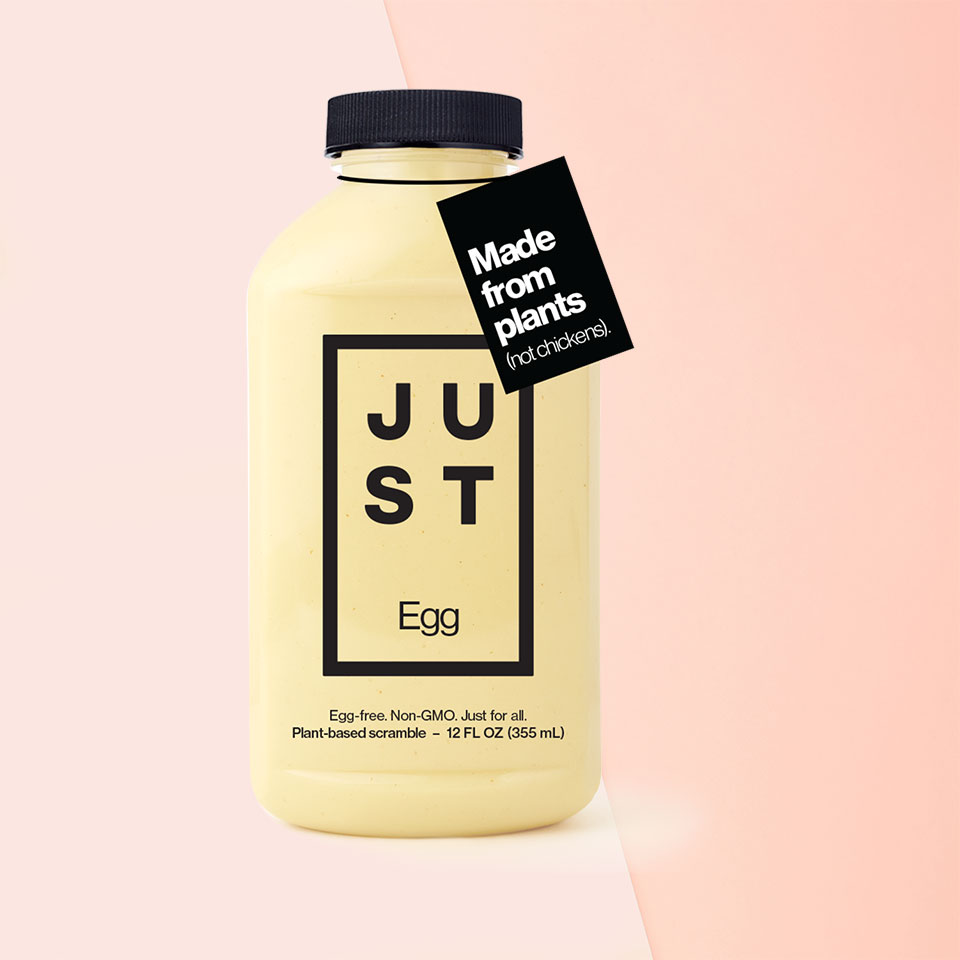 Plant-based food brand JUST sells vegan scrambled egg liquid that is said to scramble and taste just like chicken eggs. It’s ideal for French toast, the brand says, but also in fried rice and breakfast burritos. Made with protein-packed mung beans and turmeric, the mix even outsold conventional chicken eggs in its first week of launching. JUST also produces other egg-free items, like vegan ranch. 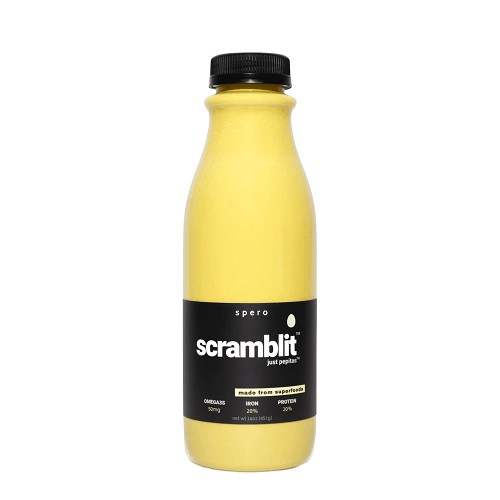 Made by Spero Foods, Scramblit is a vegan superfood egg mix that can be used to make quiches, omelettes, and, like its name suggests, scrambled eggs. Scramblit is made with pepita, the edible seeds from squash or pumpkin, which, on a per gram basis, have 400 times more fiber, 20 times more antioxidants, and twice as many omega-3s than eggs. It also boasts three times more protein, eight times more iron, and seven times more zinc.

The Vegg offers multiple types of vegan egg substitutes. The Power Scramble, made from soy protein isolate and algae protein, can be made into fluffy scrambled eggs. The Vegan Egg Yolk can replace egg yolks to make vegan hollandaise sauce or French toast. And the Uncaged Baking Mix can replace eggs in all baked foods. 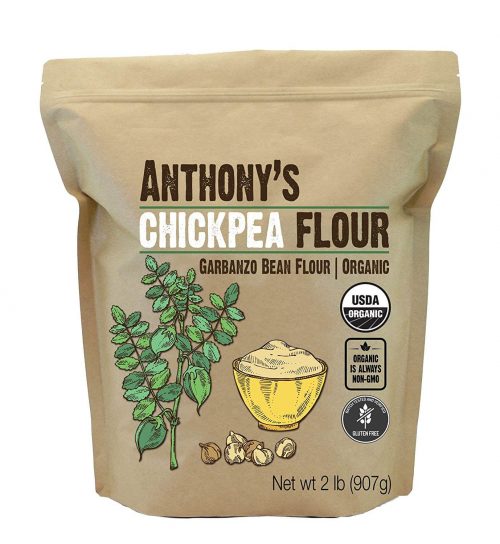 Chickpea flour, also known as gram flour, an ingredient made by grinding the dry beans into a fine texture, can also be used to make egg-free scrambles, omelets, and quiches. Just one cup offers 21 grams of protein. You can find this ingredient online, in Indian grocery stores, or in health food shops. 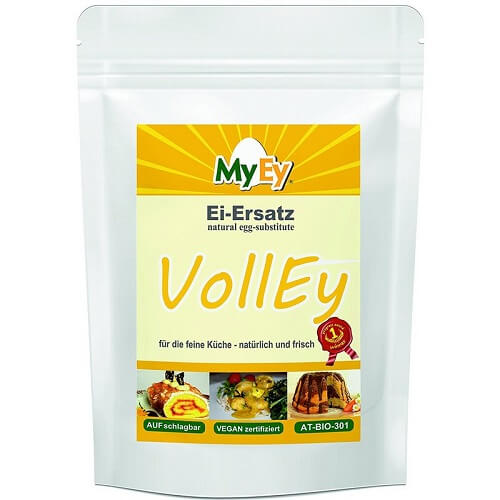 MyEy can replace eggs in baking and savory dishes | image/MyEy

Austrian brand MyEy was founded by a former patissier for professional and home cooks alike. It’s made from a blend of plant protein, spices, and mineral salts and is free from soy and cholesterol. It’s said to behave just like traditional eggs in baking in terms of behavior, flavor, color, and flavor. MyEy comes in three varieties that can be used for baking, homemade pasta, meringue, French toast, pastries, sauces, and savory egg dishes.

For those living in the United Kingdom, you can enjoy plant-based eggs at a handful of restaurants across the nation. In select locations, Japanese-inspired restaurant Wagamama serves up a “mindblowing” plant-powered dish complete with a vegan hard-boiled egg, which is made from creamy miso-infused coconut and Sriracha mayo. In its airport locations, wagamama just launched plant-based breakfasts with scrambled tofu in place of eggs.

At By CHLOE., which has two eateries in London, diners can tuck into scrambled tofu eggs alongside plant-based bacon and sausages. And London-based chef The Vegan Ronin just made her own plant-based version of yolky fried eggs; when broken, the yolk even runs like chicken egg yolks.

In Orlando, the JUST Egg was featured in a vegan sausage, cheese, and egg breakfast sandwich, and those in San Francisco can enjoy an eggy mushroom spinach scramble, also made with JUST Egg, at Flore in the Castro District.

Since Americans can’t seem to get enough of JUST, Walt Disney World in Orlando also uses the product in its vegan scramble bowl, which includes sausage from plant-based meat brand Beyond Meat.

9. Elsewhere in the World

In August last year, Pizza Express Hong Kong became the first pizza chain in the world to make a vegan pizza with JUST’s animal-free egg. And in the Grand Hyatt Singapore, foodies can enjoy a JUST Egg Sandwich as well as other vegan eats.

Restaurants all over Tel Aviv, often called the vegan capital of the world, are turning a popular Middle Eastern breakfast dish, that traditionally features egg, vegan. Mushrooms, eggplant, tofu, and even vegetable dumplings have been used to replace the egg in the dish as more people seek out foods free from animal products.

What Do Vegans Bake With Instead of Eggs? 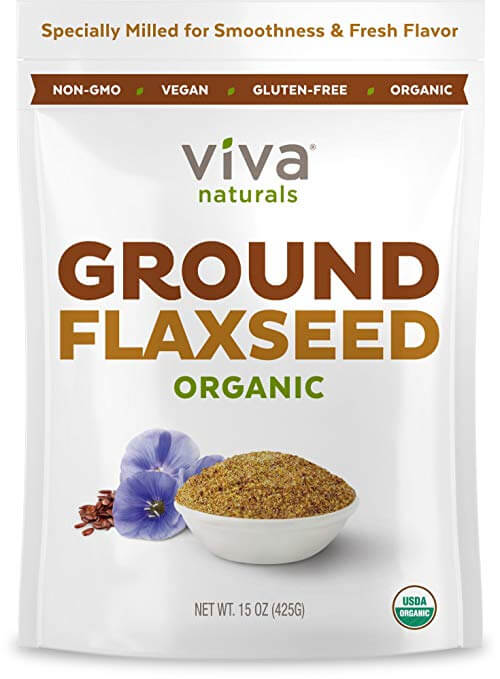 Ground flax can be used as an egg substitute in baking

Flaxseed, also called linseed, is a popular choice for egg substitution. People love it for its ability to mimic chicken eggs in cooking (thanks to the fats and moisture in the seeds), but also for its high nutritional content. Flaxseed is packed with fiber and omega-3 fatty acids, thought to help prevent heart disease and strokes as well as cancer.

To use flaxseed in cooking, ground the item and combine it with water and baking powder. The end result is a nutritious, slightly nutty egg replacement. Flaxseed as an egg alternative is great for muffins, pancakes, waffles, bread, and cakes. 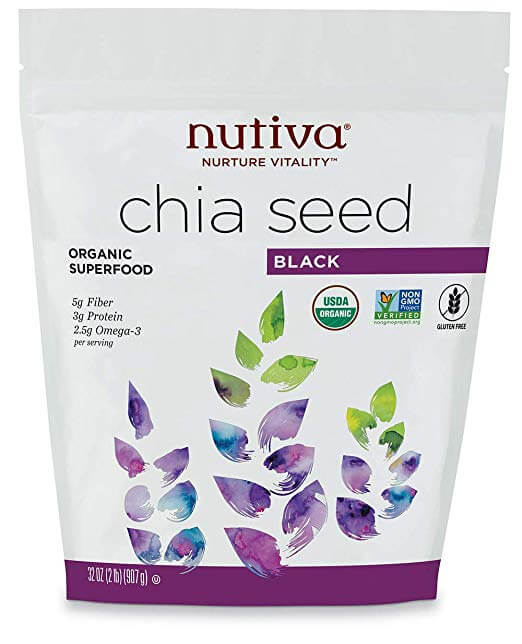 Like flaxseed, chia seeds are rich in omega-3s and fiber. Also like flaxseed, these seeds work best combined with water and a bit of baking powder, their fiber and fat thickening to replicate an egg. When ground, chia seeds become thicker than flaxseed, making them a great binder for baking. Chia seeds work well in bread, muffins, waffles, or hearty brownies. 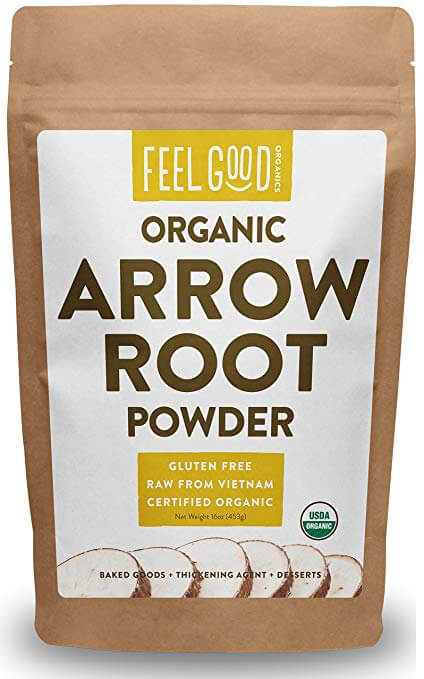 Arrow root powder can act as a binder in baking

Arrowroot powder, which is a starch, acts as a binder in puddings or baked goods. It won’t act as a leavening agent, but for binding purposes you can use two tablespoons of arrowroot powder to swap one egg. To up the moisture level, mix the powder with equal parts water first. 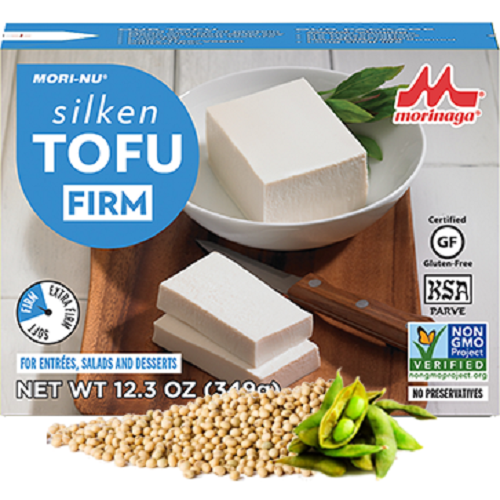 Another way to swap out chicken eggs is to replace one with a quarter cup of silken tofu. Blend it until completely smooth to avoid chunks. This replacement adds moisture as well as protein, and can be a good option for recipes that already require baking soda and baking powder. It can also act as a simple scrambled egg recipe—just scramble it in a frying pan and add your desired spices and veg. 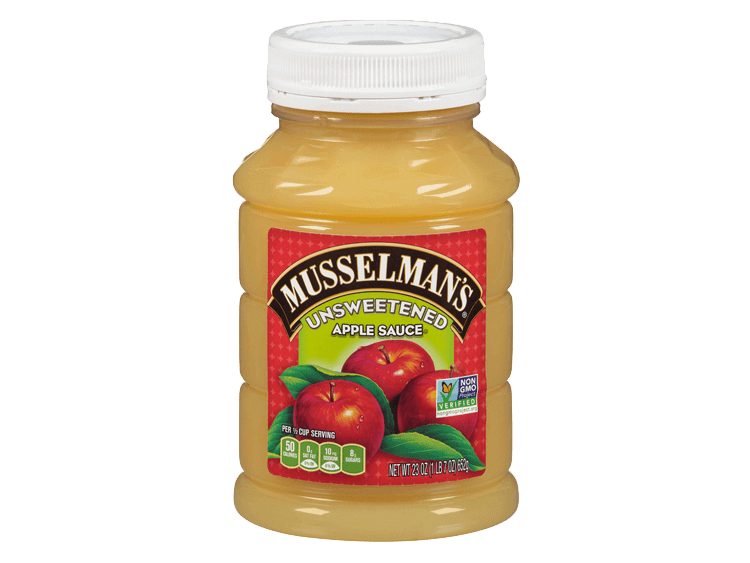 Like with tofu, applesauce or banana can be used in recipes that already have a leavening agent, meaning the eggs are only required for moisture. These fruity egg swaps add an extra burst of flavor (and nutrition) to your meals, making them an ideal inclusion in dishes like banana pancakes. A quarter cup of applesauce or one mashed banana can replace one egg. 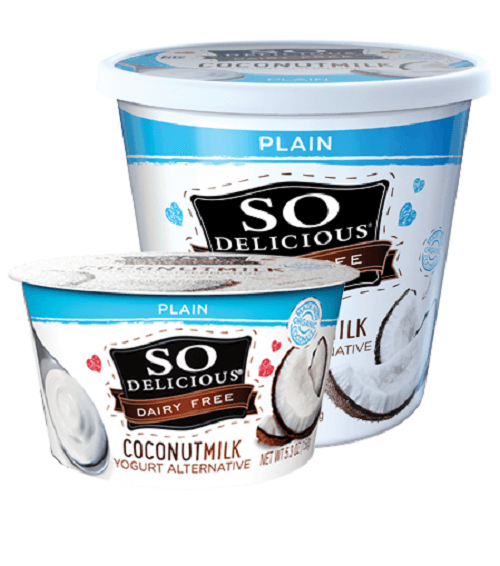 Soy or coconut yogurt (a quarter cup worth) can be helpful replacements for eggs. The ideal kind will be plain and unflavored and as smooth as possible.

Made from potato starch and tapioca, Ener-G and Orgran are simple egg replacements that can be bought online. They work well in fine cookies or cakes. A similar product, called REGG-EX, is made from wheat flours and untreated spring water. It is useful in cakes and muffins, mirroring the rise and texture of these baked goods. 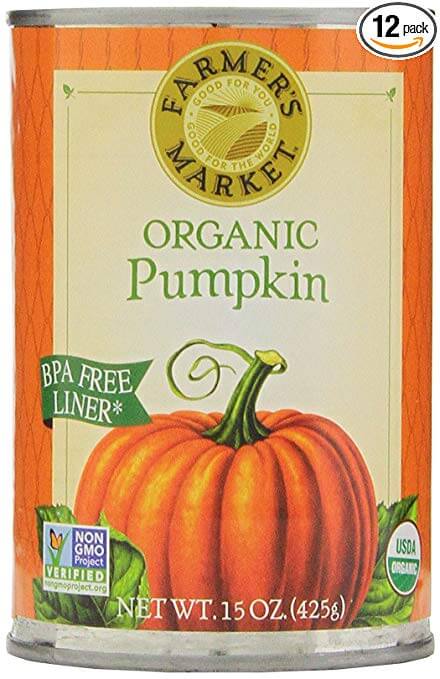 Use pumpkin puree to replace eggs in cakes, brownies, and more 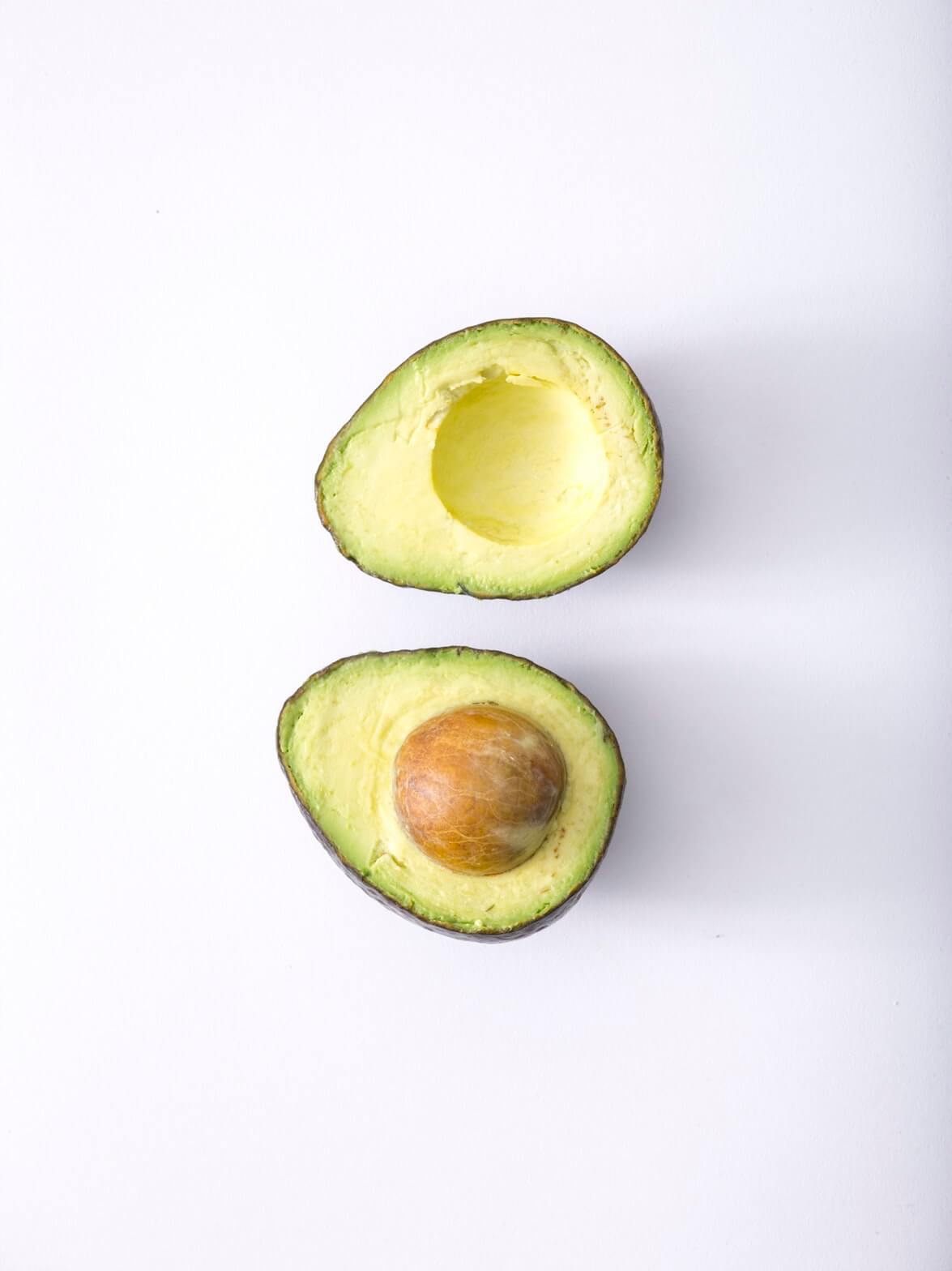 Avocado is a good vegan egg replacer in vegan brownies

Half a ripe avocado, mashed up, can deliver the equivalent to one egg. Since the fruit is soft, it doesn’t work well in all foods, but if you like fudgy desserts this may be your new favorite egg substitute.