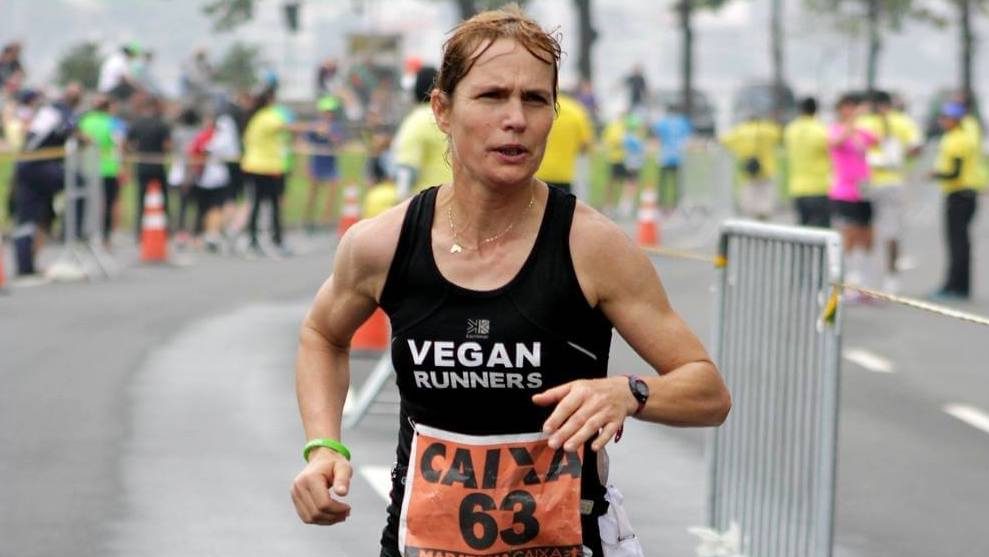 What the Health and Cowspiracy co-director Keegan Kuhn has announced his latest film, Running for Good. The documentary will follow the life of athlete and allstar runner Fiona Oakes, who has completed over 50+ marathons, as she attempts to take on the ‘toughest footrace on Earth.’ It’s no exaggeration unless you think a 250 km race through the Sahara Desert sounds like a good time.

Oakes recently shared the news about the documentary on her Facebook page. The post reads, “From the Co-director of Cowspiracy and What the Health, Keegan Kuhn’s next film is THE must see documentary of 2018 – Proof positive that a vegan diet can take you from a child to a champion, Fiona Oakes, vegan for over 40 years, her whole physiology built on plant protein from age 6, powers herself to three Guinness world records in the marathon and across the Sahara desert.“

Great Vegan Athlete sings Oakes’ praises, as a true powerhouse. “Fiona works as a retained firefighter, a job which means she is often on call and needs to be ready to react quickly. She also works long hours on a sanctuary she runs almost singlehandedly, on which she cares for 400 animals including horses, pigs, sheep and dogs.”

They continue, “She also fundraises for the sanctuary, for which the food bill is over £5000 per month, and for other animal issues. Typical working days start before dawn and end around 8pm on her sanctuary in Essex, UK.”

Given her many accomplishments and dedicated, kind life, this documentary is sure to tell a compelling tale — especially in the hands of a co-director like Kuhn, who knows how to tell a story. There is no current release date but in a comment on her Facebook page, Oakes revealed that it should be available online in the next few months.