Acai – if you’ve ever opened Instagram, you’ve likely seen the word, usually in the context of being a “superfood.” Pronounced “ah-sigh-EE,” it seems that every influencer and their dog is eating it, or drinking it, or… wait, what is it?

WTF Is Acai and Do You Need to Eat It to Be Popular on Instagram? 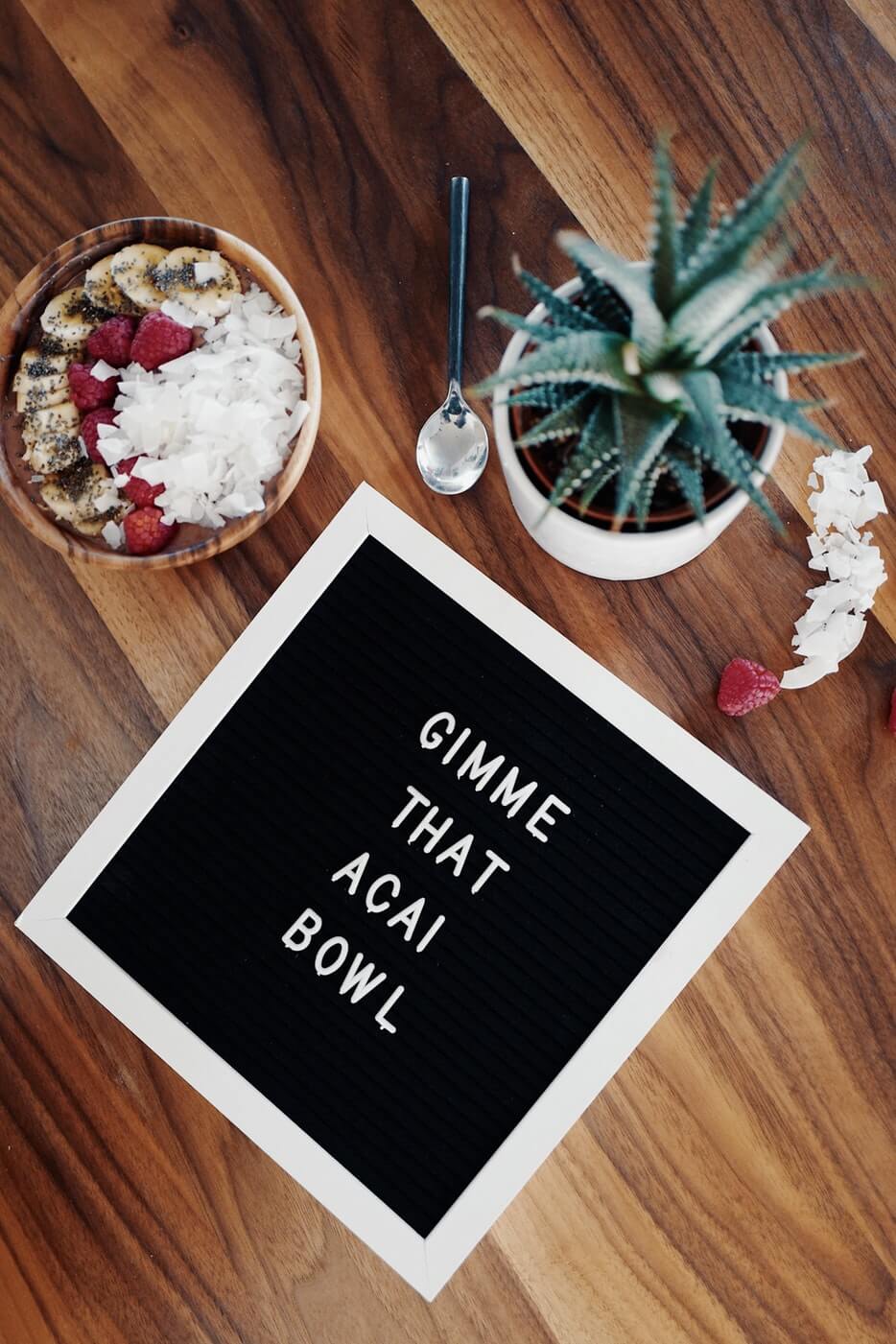 The acai, or açaí, fruit is round, usually black or purple in color, and slightly smaller than a grape. It comes from the açaí palm that is found predominantly in Trinidad, Brazil, and other areas of South America, growing in clusters near the tops of açaí trees.

It is said to taste similar to red wine, or berries, with notes of chocolate. The seed takes up most of the fruit – roughly 80 percent – but the surrounding flesh of the fruit is jam-packed with vitamins and nutrients.

Why Should I Eat It? 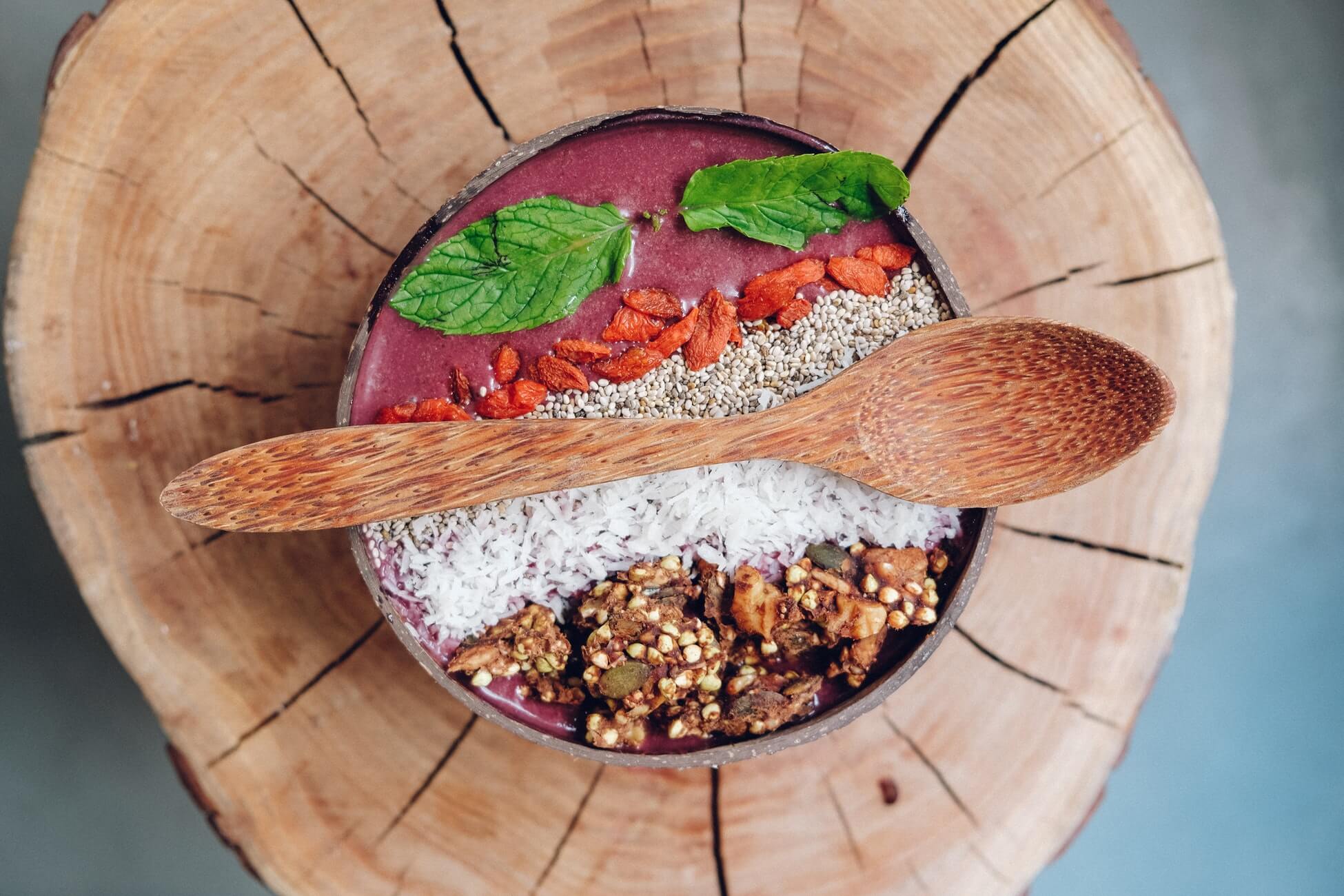 Açaí berries boast a range of health benefits, making them a useful addition to snacks and meals. They have a significantly high concentration of antioxidants – more than double that of blueberries and nearly ten times that of grapes. Antioxidants can lower the risk of developing age-related brain diseases like Alzheimer’s and Parkinson’s disease. They can also boost energy levels, provide faster recovery times, and increase stamina, making the food an ideal workout treat.

Açaí berries are especially rich in the antioxidant anthocyanin, which is a powerful tool for brain health, inhibiting neuroinflammation, enhancing memory, and improving blood flow to the brain. Anthocyanins can also better heart health; one report found that the antioxidant could improve cholesterol levels and blood sugar metabolism, as well as fight oxidative stress. Another study found that regular anthocyanin intake could reduce the risk of heart attack in women by 32 percent.

The super fruit could also help to fight obesity due to the fact that it is naturally low in calories. The National Center for Complementary and Integrative Health (NCCIH) states that eating açaí berries could reduce cholesterol and blood sugar levels for those carrying excess weight.

Açaí berries are also rich in fiber. Research points to fiber-rich diets for optimal health; a study from China said that a plant-based, fiber-rich diet could reduce symptoms of depression. A different study suggests that high-fiber diets drastically reduce the risk of dying from bowel cancer.

Açaí berries contain as much vitamin C as blueberries. They are also a source of vitamin A, B1, B2, B3, and E as well as zinc and magnesium. Açaí is high in calcium, promoting bone, heart, muscle, and nerve health. 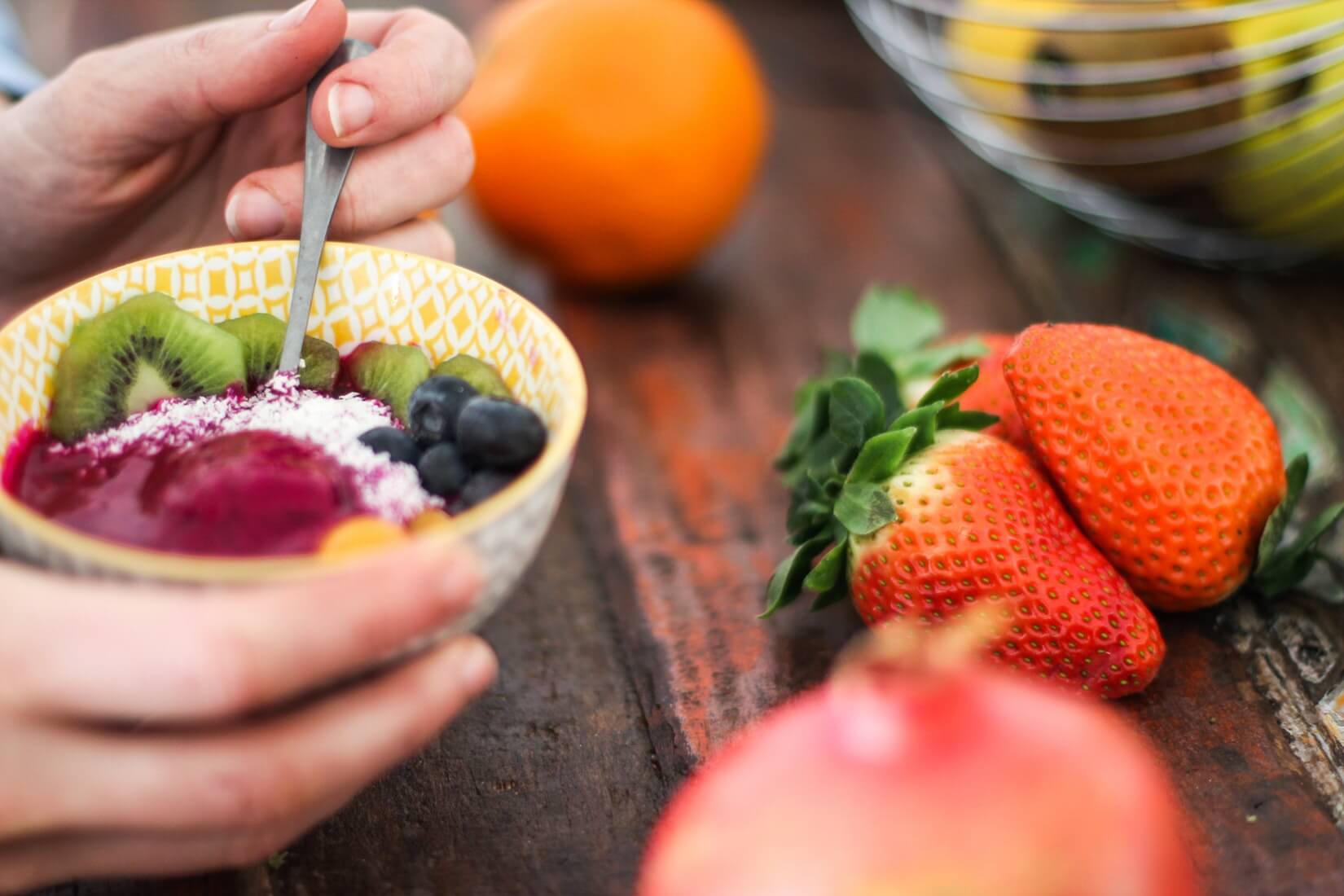 Açaí berries can be eaten raw or in powder form, easily added to cereal, smoothies, juices, vegan yogurt, or even just mixed with water. They are most commonly found in plant-based açaí bowls, which can be an easy-to-prepare breakfast that is packed with nutrition (you can find a bunch of açaí and smoothie bowl recipes here).

If you want to ditch the bowl, you can use açaí to make vegan açaí banana ice cream or plant-based raw blueberry cheesecake. You can even use açaí in cocktail recipes.