Professor Dame Sally Davies, England’s chief medical officer is sounding the alarm on antibiotic resistance, claiming it could kill ten million people per year, effectively wiping out humanity. Plastic pollution and antibiotic use in animal agriculture could be to blame. But what is antibiotic resistance and what role does meat play in it? 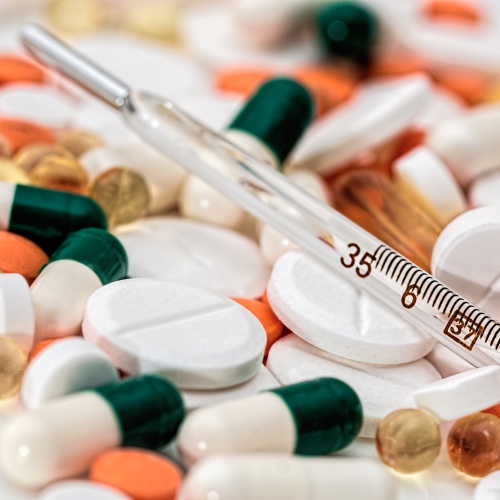 What Is Antibiotic Resistance?

Antibiotics are medicines that help stop infections caused by bacteria.

Antibiotic resistance occurs when germs like fungi and bacteria grow or change in a way that makes it harder for antibiotics to work, according to Medical News Today.

If drug-resistant germs are not killed, growth and spread is possible. This is problematic because a simple infection, such as a cut on the skin or a urinary tract infection, normally treatable with drugs could become lethal if resistance to antibiotics develops.

In order to tackle the issue, the UK government released a five-year national action plan earlier this year. Its primary goals were reducing drug-resistant infections, minimizing human and animal antibiotic use, and providing incentives to pharmaceutical companies to develop new antibiotics.

“Through this plan we are setting out our challenge to ourselves and to other countries to continue our excellent work together to preserve and develop these essential medicines for generations to come and help us address one of the most pressing global health challenges we face this century,” Michael Gove, the UK’s secretary of state for environment, food and rural affairs, and Matt Hancock, MPhil, health and social care secretary, wrote in the foreword to the plan.

The UK government will also test a new payment model that gives reimbursements to pharmaceutical companies based on how valuable their medications are to the National Health Service (NHS), instead of how much of the antibiotics were sold. 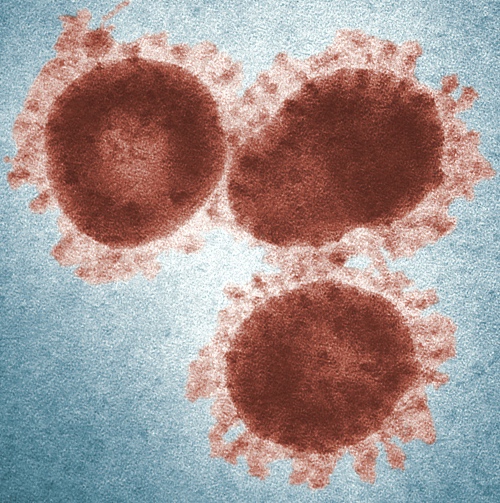 More than 2.8 million antibiotic-resistant infections occur in the U.S. each year.

Which Infections Are Antibiotic-Resistant?

Drug-resistant germs are difficult to control and a threat to global human health. Superbugs, germs that are resistant to more than one type of antibiotic, are also on the rise. These can become resistant to “last-resort” antibiotics, putting the human health risk even higher.

According to the 2019 AR Threats Report, “more than 2.8 million antibiotic-resistant infections occur in the U.S. each year, and more than 35,000 people die as a result.”

Drug-resistant bacteria include Streptococcus pneumoniae, a bug that is responsible for causing many illnesses like pneumonia and meningitis; tuberculosis (TB); MRSA; and Clostridioides difficile—which saw 223,900 cases in the U.S. in 2017. More than 12,000 people died as a result. 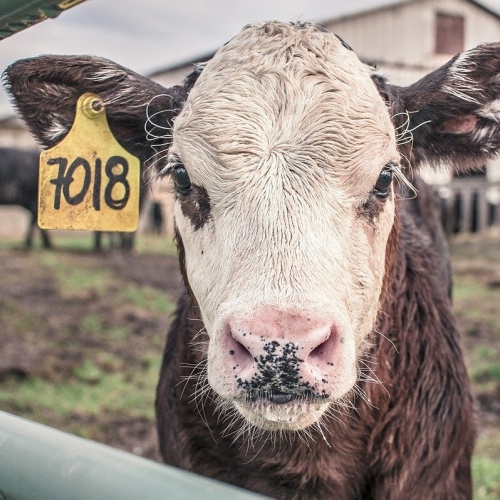 Approximately 80 percent of all antibiotics sold in the U.S. went to animal agriculture.

The Link Between Animal Agriculture and Antibiotic Resistance

According to a recent study by the National Center for Biotechnology Information, approximately 80 percent of all the antibiotics sold in the U.S. were purchased for use in animal agriculture.

In 2014 alone, pharmaceutical companies sold nearly 21 million pounds of antibiotics for use in factory-farmed animals. This was more than three times the amount sold for use in people.

The number of bloodstream infections in humans that are drug-resistant has increased by 35 percent between 2013 and 2017.

One of the leading causes of drug-resistant bacteria is the overuse of antibiotics on factory farms.

Antibiotics are routinely included in the feed of food animals in order to prevent infections and boost growth rates.

Germs that are continually exposed to doses of antibiotics build a resistance to the drugs. Germs are then able to reproduce.

Antibiotic resistance is now steadily increasing in factory-farmed animals, leading them to become sources of deadly bacteria like MRSA, E. coli, and Salmonella. These drug-resistant infections may spread to people.

“We need to better understand how antibiotic use in both humans and animals is related to growing antibiotic resistance — the concept is One Health, where the health of humans, animals, and plants [is] linked and interdependent,” Dr. Jesse Jacob, a specialist in bacteria resistance at Emory University School of Medicine, told Medical News Today.

Livestock industry executives sit on Agriculture Department advisory committees. They fund political campaigns that favor the farm industry and help draft regulations that are also beneficial to their industry.

“When it comes to power, no one dares to stand up to the pork industry,” he said, “not even the U.S. government,” he told the New York Times. 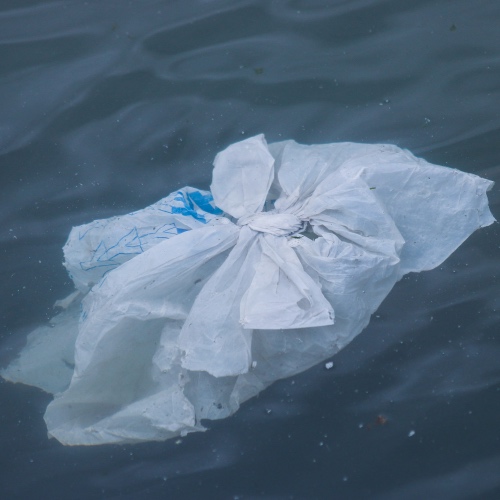 Plastic Pollution May Increase The Spread of Antibiotic Resistance

Findings revealed 98 percent of the plastic pollution studied harbored bacteria that were resistant to common antibiotics.

“Once these genes get into oceangoing bacteria, mobile surfaces such as plastic debris can help them travel great distances, potentially facilitating the international spread of dangerous antibiotic resistance,” the study found.

Scientists said fish and other marine creatures that humans eat may eat the marine plastics harboring antibiotic-resistant bacteria. They added more research needs to be conducted to determine how likely it is that these marine plastics will cause disease. 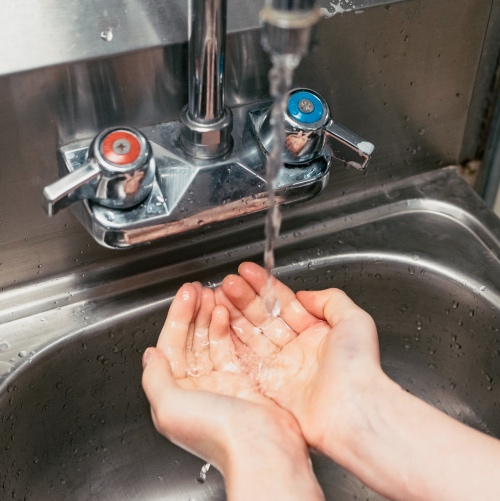 How To Prevent Antibiotic Resistance

According to the World Health Organization (WHO), there are steps people can take to help prevent and control the spread of drug-resistant bacteria.

The WHO recommends practicing good hand hygiene, especially in hospitals. You should always prepare food hygienically, too.

Additionally, the WHO says people should only use antibiotics when prescribed by a certified health professional. You should never share prescribed antibiotics with anyone else.

Dr. Jacob also outlined ways in which healthcare providers can minimize the spread of antibiotic-resistant germs.

“Healthcare professionals can prevent infections by cleaning their hands and following infection prevention practices, using antibiotics appropriately (only when needed, for the minimum effective duration), vaccinating patients, and communicating between facilities to ensure awareness.”

Despite how careful healthcare providers are, however, antibiotic-resistant drugs may still spread in hospital settings. A 2018 study published in Science Translational Medicine found many bacteria are becoming resistant to common alcohol-based disinfectants that are used in healthcare facilities.

Along with developing new drugs, scientists are now looking for natural ways to fight antibiotic-resistant germs. Some believe plant-based sources could be just as effective, if not more so, than antibiotics.

Researchers have identified Persian shallots, green tea, cranberries, and turmeric as being “potential sources of effective alternatives to antibiotics.” 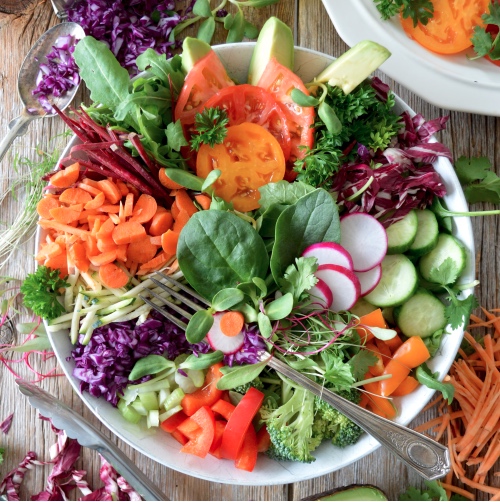 There are roughly 40 trillion bacterial cells in the average human body. There are nearly 1,000 species of bacteria living in the human gut microbiome.

The gut microbiome is the genetic material of all the microbes — bacteria, protozoa, fungi, and viruses—that live inside the guts of humans.

The gut microbiome is important for human development and for building immunity.

Because microbiomes are breeding grounds for bacteria, they can also be a large source of antibiotic-resistant germs. In order to help increase healthy gut bacteria, a study presented at the UEG Week Barcelona 2019 found plant-based and Mediterranean diets—which include bread, legumes, nuts, and wine—were associated with higher levels of gut-friendly bacteria.

The study linked diets rich in the aforementioned foods with a decrease in harmful aerobic bacteria. They may also help increase bacteria with anti-inflammatory functions.

Diets high in meat, processed food, or refined sugars may lead to a decrease in “beneficial bacterial functions.”

A person’s eating habits could be effective at managing intestinal diseases through the modulation of gut bacteria.