What is mycoprotein? Derived from a type of fungus, mycoprotein is best known as the key ingredient used in Quorn products. When processed, it has a high protein content, realistic texture, and is versatile enough to be made into a wide range of vegan and vegetarian meat products. But how does mycoprotein really compare to meat, and is it sustainable? 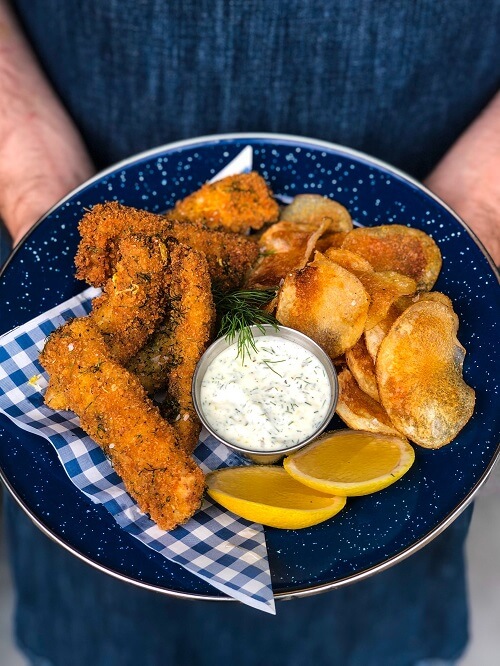 Mycoprotein is high in protein and fiber.

“Myco” refers to mushrooms, but mycoprotein is not a mushroom. It’s made from a filament-like fungal biomass known as Fusarium venenatum.

Mycoprotein is processed for food via fermentation, followed by steaming, chilling, and freezing. When prepared this way, it yields a food that has a texture similar to chicken breast. It took 20 years of research and development to produce mycoprotein this way.

In the early 1960s, scientists were concerned about how the predicted global population growth would lead to widespread food shortages. British industrialist Joseph Arthur Rank, chairman of the Rank Hovis McDougall (RHM), a major manufacturer of cereals, sought to find a new food that could feed the growing population.

Rank and research director Dr. Arnold Spicer agreed that the food would have to not only be nutritious but also taste good. They eventually concluded that a fungus micro-organism could be the best possible solution, thanks to its filamentous cell structure.

In 1967, they discovered Fusarium venenatum in a garden in Marlow in Buckinghamshire, four miles away from their research lab. It was labeled A3/5 until 1974, when the UK Food Standards Committee named it “mycoprotein.” A decade later, it was approved for food use in commercial products. Mycoprotein was designated as GRAS—Generally Recognized As Safe—by the U.S. FDA (Food and Drug Administration) in 2002.

It can also aid in muscle synthesis, control glucose and insulin levels, and increase satiety.

Mycoprotein is rich in essential amino acids (EAA), the building blocks of protein. Its EAA composition as a percentage of protein is 41 percent, higher than most other meat substitutes. 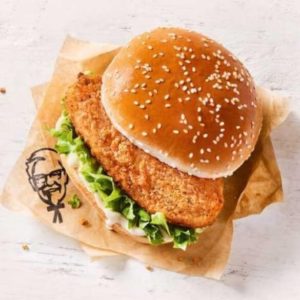 Which Brands Use Mycoprotein?

Today, mycoprotein is most commonly known as the primary ingredient in Quorn products. Quorn originally used egg albumin as a binder in its meat substitutes, but many new products are vegan thanks to recent innovations in food technology. Its range includes nuggets, burgers, fish fillets, mince, and deli slices.

Quorn sausage is used in UK bakery chain Greggs’ popular vegan sausage roll and its nuggets are served at Pizza Hut UK. Earlier this year, it partnered with the international fast-food chain KFC to launch the Original Recipe Vegan Burger, which features a bespoke Quorn fillet.

Tony Davison, head of global foodservice & QSR at Quorn, said in a statement: “The chance to co-create exceptional food with an iconic brand like KFC is a pleasure, to see the results launched with such enthusiasm is fantastic.”

In August 2018, the brand announced that it would invest £7 million for R&D on new vegan products. Quorn is currently sold in 19 countries. It opened the “world’s biggest” meat alternative production facility in Northeast England in 2018.

Quorn is currently the only brand that uses mycoprotein, but that may change in the near future. Swedish startup Mycorena recently developed a mycoprotein product called “Promyc.”

The fungi-based protein has a fibrous, meat-like texture and neutral flavor. It could be used to make nuggets, burgers, and meatballs. While not on the market yet, the company recently raised €429,000 and opened a new facility.

In contrast to Quorn, founder and CEO Ramkumar Nair envisions Mycorena as “an ingredient brand, available for all food companies who want to produce high quality and tasty vegan food products.”

Glasglow-based food tech startup 3F Bio is also producing mycoprotein. Its signature “Abunda” product is made using a zero-waste process. Like Mycorena, the company aims to be a mycoprotein supplier. Last July, it was announced as one of ten partners—including meat alternative brand Vivera and cell-based protein startup Mosa Meat—in a large-scale European biorefinery called Plenitude.

Funded by 3F Bio and a €17m grant from Bio Based Industries Joint Undertaking under the European Union’s Horizon 2020 program, Plenitude aims to make vegan protein more affordable. The Ghent-based factory will be capable of producing an initial 16,000 tonnes of plant-based protein annually. If successful, capacity could be as high as 50,000 tonnes per year. 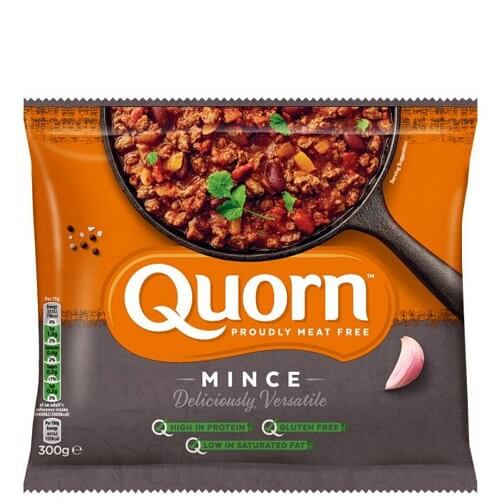 How sustainable is mycoprotein compared to animal-based meat? According to the Food and Agriculture Organization (FAO) of the UN, raising livestock generates 14.5 percent of all global greenhouse gas emissions.

A life cycle analysis of Quorn’s mince found that the meat substitute generates 48 percent of the global warming potential of ground beef. An analysis published in the 2016 review “Sustainable Protein Sources” and certified by the Carbon Trust revealed ten times less embedded land, carbon, and water use. The Carbon Trust  works with businesses to develop sustainable strategies.

Mycorena lowers its carbon footprint further through its production process. The fungi are made via a fermentation process that’s fed with waste from industrial food production.

Quorn recently added carbon footprint calculations to its product packaging. The data is checked and validated by the Carbon Trust. “This is about giving people the information needed to make informed decisions about the food they eat and the effect it has on our planet’s climate—in the same way that nutrition information is clearly labeled to help inform decisions on health,” a Quorn spokesperson said in a statement.