Many are often confused about the differences between a vegan and a vegetarian diet, often called the ovo-lacto vegetarian diet. Veganism excludes the consumption of meat, as well as eggs and dairy. People that adhere to a vegan diet also do not consume any animal byproducts like gelatin, rennet, and casein.

On the other hand, a vegetarian diet excludes the consumption of just meat — i.e., red meat, poultry, seafood, or any other animal.

There are many variations to the vegetarian diet, however. Flexitarians eat a diet that limits the intake of meat. For example, a flexitarian (also called semi-vegetarians) may only eat meat three times per week and avoid eating it the other days. Pescatarians — or pesco-vegetarians—eat eggs, dairy products, and fish but avoid red meat, poultry, and other forms of animal flesh.

What is An Ovo-Lacto Vegetarian? 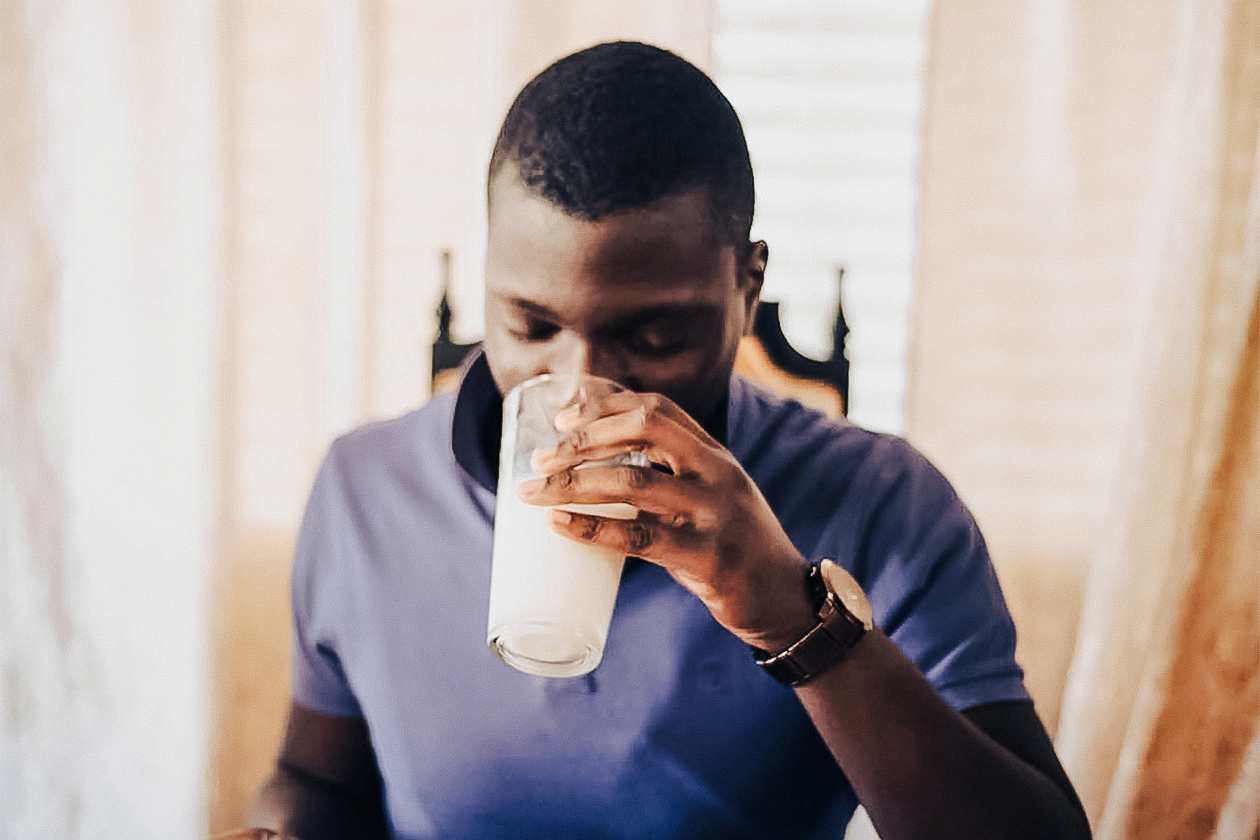 Are dairy and eggs vegetarian? | Unsplash

Are Dairy and Eggs Vegetarian?

Eggs are derived from laying hens—a female chicken kept for the primary purpose of laying eggs.

Hens are capable of laying eggs with or without the presence of a rooster (a male chicken). But in order for a chicken to develop from an egg, the egg must be fertilized. In order for an egg to be fertilized, hens and roosters must mate prior to a hen laying the egg.

Hens on factory farms are usually not kept alongside roosters, so it is highly unlikely that eggs purchased from grocery stores will actually hatch. 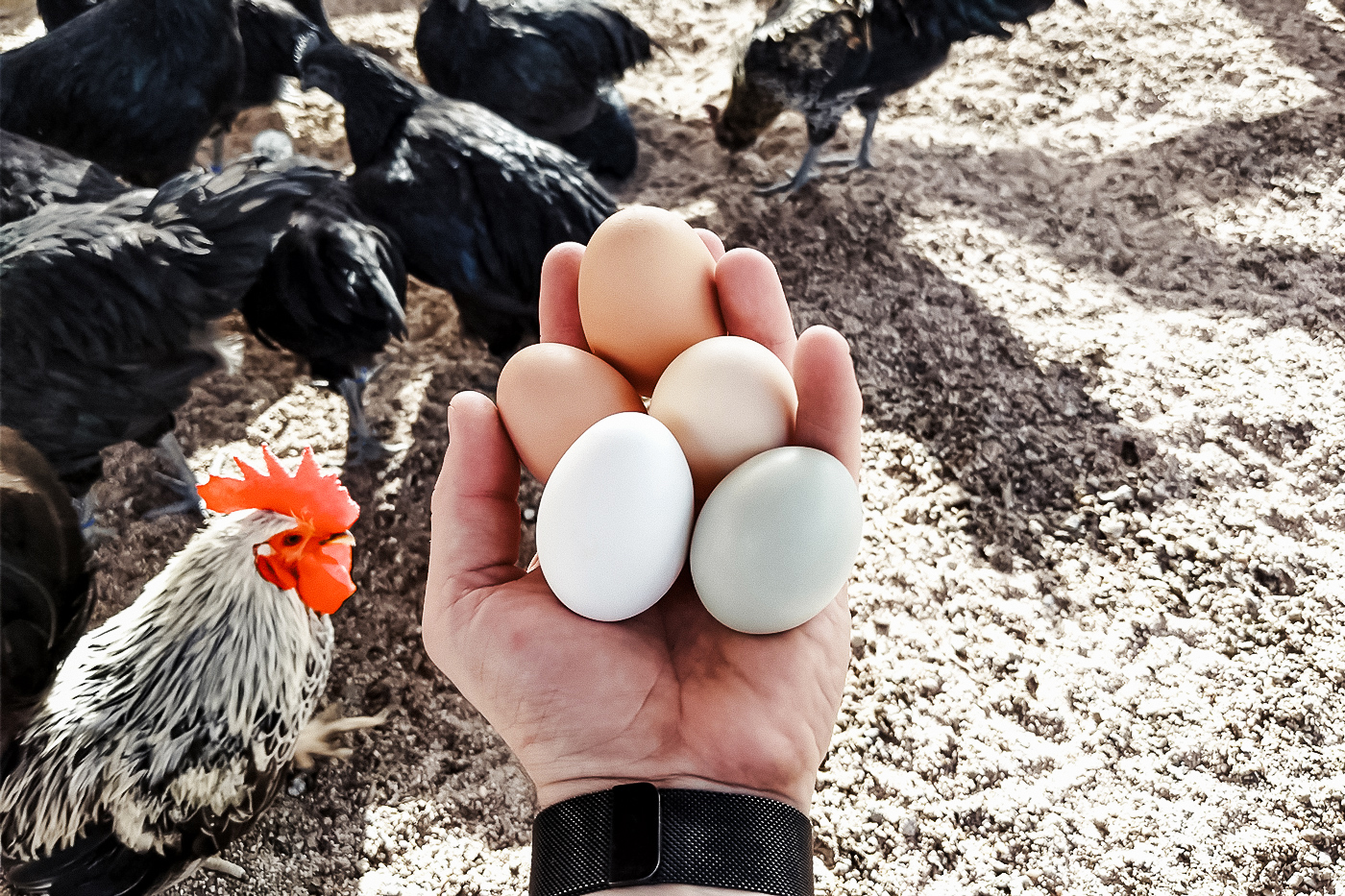 Data shows the plant-based foods market is booming while the conventional meat and dairy industries are either staying flat or decreasing.

According to the USDA, the consumption of dairy declined by 40 percent since 1975. The Dairy Farmers of America reported a $1.1 billion drop in milk sales in 2018.

Consumer trends are clearly shifting away from the conventional meat and dairy industries and towards the plant-based food market. 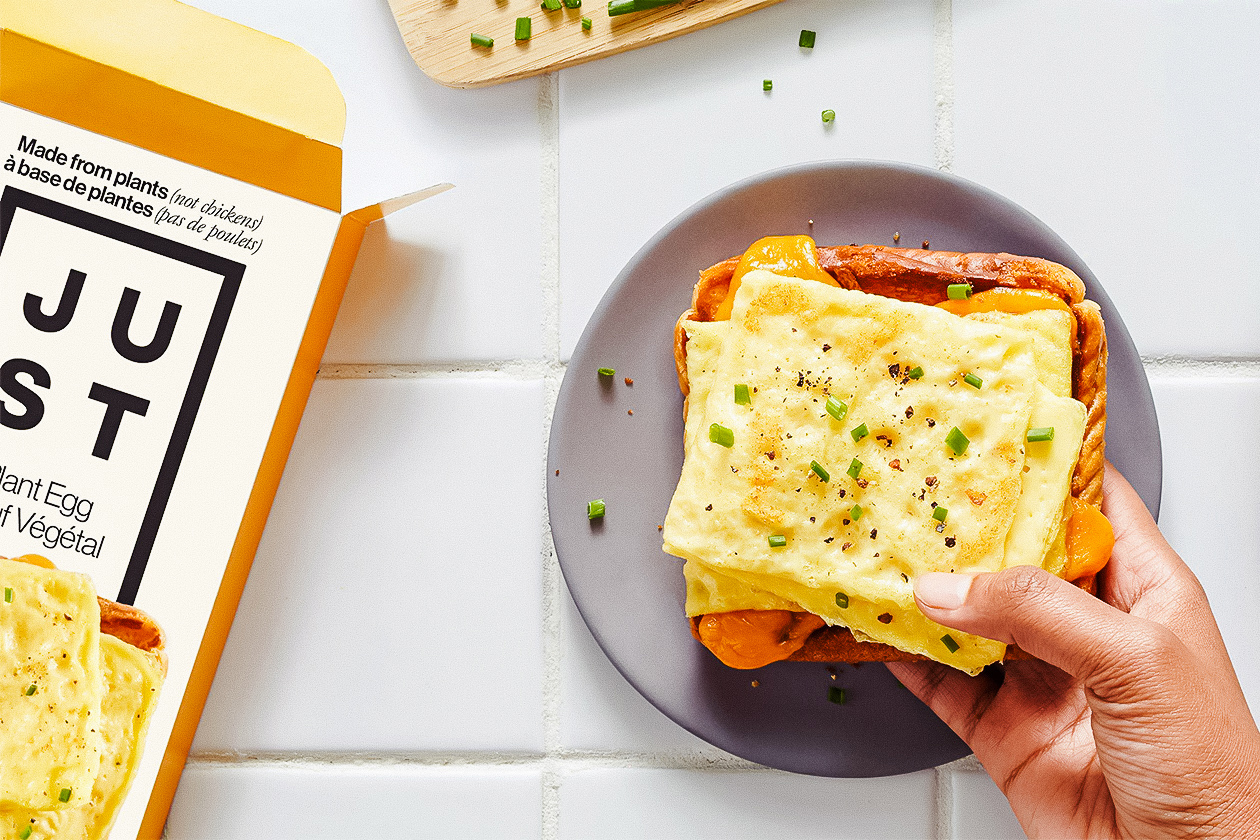 JUST Egg is made from mung beans and is cholesterol-free and non-GMO. | JUST Egg

VeganEgg is a whole egg replacer that imitates the taste and texture of eggs. These soy-based eggs are gluten-free and non-GMO. Each serving size contains three grams of protein and 35 calories.

JUST Egg is made from mung beans and is cholesterol-free and non-GMO. It scrambles and tastes just like eggs. JUST Egg contains five grams of protein and has 70 calories per serving.

This egg replacer mimics the consistency of eggs in recipes by binding ingredients together. It is perfect for baking and can be used to replace egg whites and egg yolks. The Egg Replacer’s ingredient list includes potato starch and tapioca starch flour. It is not a good source of protein and contains 15 calories per serving.

This vegan egg replacer is great for baking muffins, cakes, quick bread, and cookies. It features only four ingredients: potato starch, tapioca flour, baking soda, and psyllium husk fiber. Bob’s Red Mill Egg Replacer is gluten-free, soy-free, and grain-free. It contains 30 calories per serving and is not a good source of protein.

The Neat Egg is an easy-to-mix, natural egg replacement. It contains only two ingredients: chia seeds and garbanzo beans. The Neat Egg is non-GMO, soy-free, and gluten-free. It works best in recipes that require eggs as binders. It contains two grams of protein and 25 calories per serving. 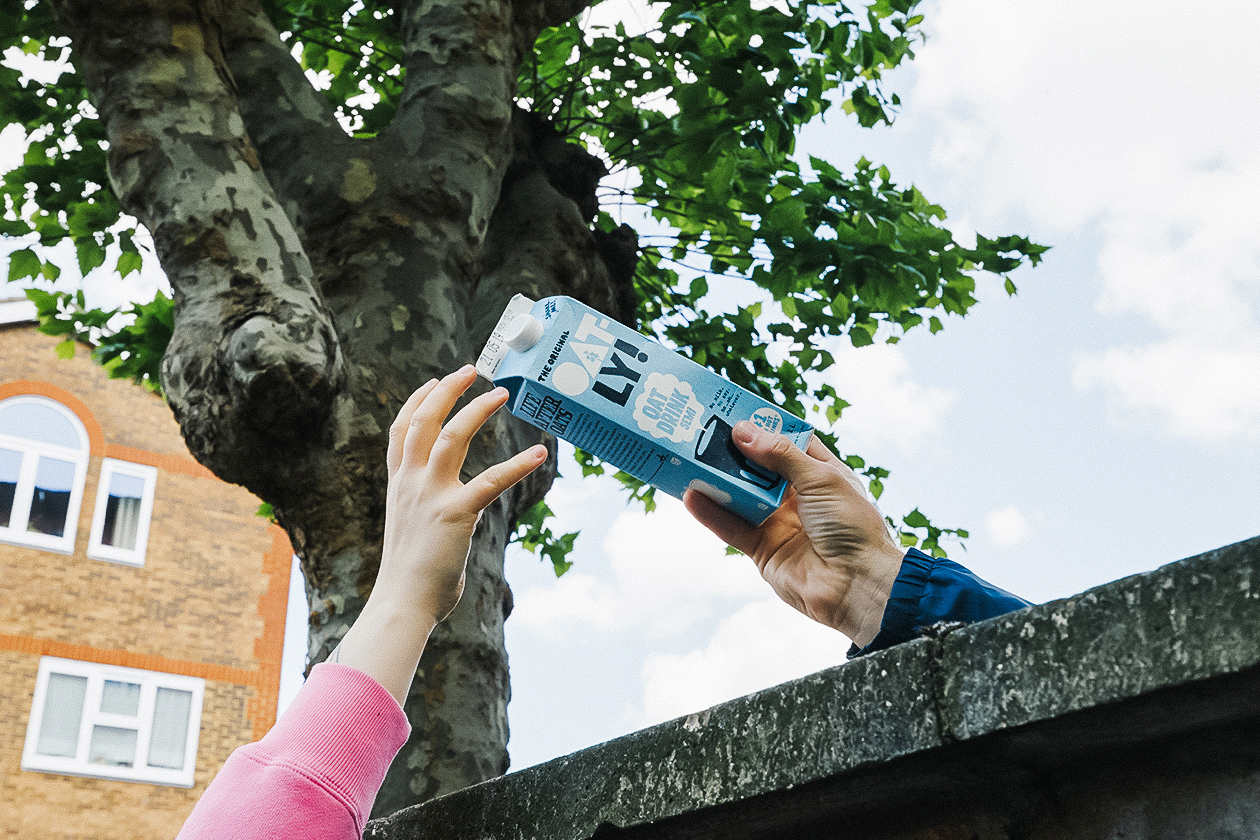 Blue Diamond’s non-dairy almond milk is available in multiple flavors, however, not all of them are vegan as they contain honey. Vegan varieties include unsweetened and sweetened, chocolate, vanilla, and original.

This vegan milk brand has a plant-based dairy-free option for everyone. So Delicious offers almondmilk, cashewmilk, and coconutmilk in a variety of flavors. The brand is completely vegan and also sells creamers, frozen desserts, yogurt, sour cream, cheese shreds, and more. 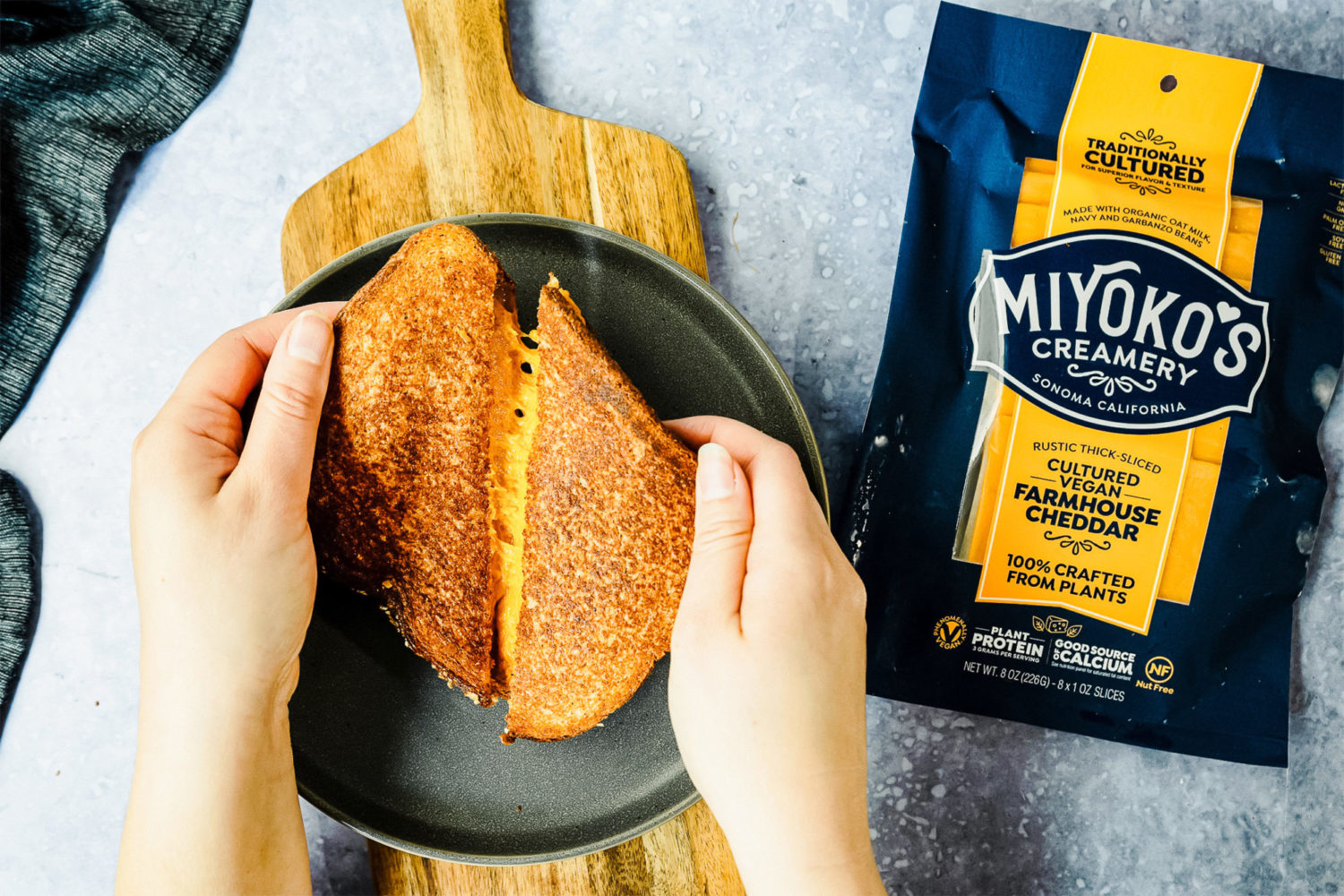 Field Roast is an artisanal plant-based meat company based in Seattle. The brand sells several types of vegan cheese, including the spicy, tomato cayenne Chao slices, and the creamy original Chao slices. Field Roast also sells a variety of plant-based meats like the Mexican chipotle sausages and the celebration roast.