A recent news bulletin from Plant Based News suggests that What the Health, a pro-vegan documentary on Netflix, is experiencing a huge drop in ratings thanks to an “aggressive campaign by animal agriculture groups.”

The documentary focuses on the health implications of consuming animal products and why it is that large associations who supposedly fight major diseases such as cancer, diabetes and heart disease, still suggest the consumption of animal products to the general public. What the Health follows Kip Andersen’s journey where he discovers that most of these associations are financially backed by major players in the meat and dairy industry.

Ultimately, the reason that people believe that eating meat and dairy is the healthy option for humans is because all the while the public believe that to be true, the meat and dairy industries are making a lot of money. As such these industries spend a lot of money on advertisements that mislead the public into thinking that an animal product based diet will lead them to live long and healthy lives. 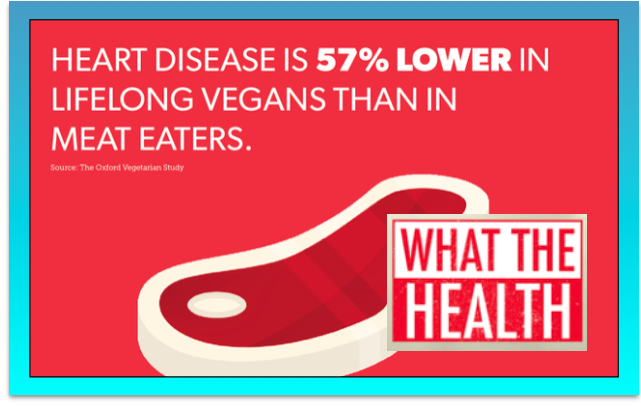 Thankfully, due in part to the rise in social media and the way in which news and information can now be spread online, the truth about the these industries and the impact they are having on our health and the world around us is, becoming much more accessible and much more prevalent. In turn this has created a huge interest in the subject of veganism.

Thanks to this, and an increased knowledge surrounding allergies and intolerances, the dairy industry in particular are hurting. In the UK alone the dairy industry has faced a 26% drop in real terms since 2013 and more and more major investors are choosing to put there money into plant-based alternatives with predictions that the vegan milk industry will continue to grow.

If it’s true that animal agricultural groups are lashing out at this very informative piece of cinema then all they’re really doing is living up to the accusations made of them in What the Health. Their need to defend their position only reinforces the idea that the industries are lying to us about what is truly good for our health. After all, if the medical facts were in their favour why would they need to target the ratings of a documentary on Netflix? Surely they would be able to discredit it simply by spreading the information that meat and dairy is good for humans. 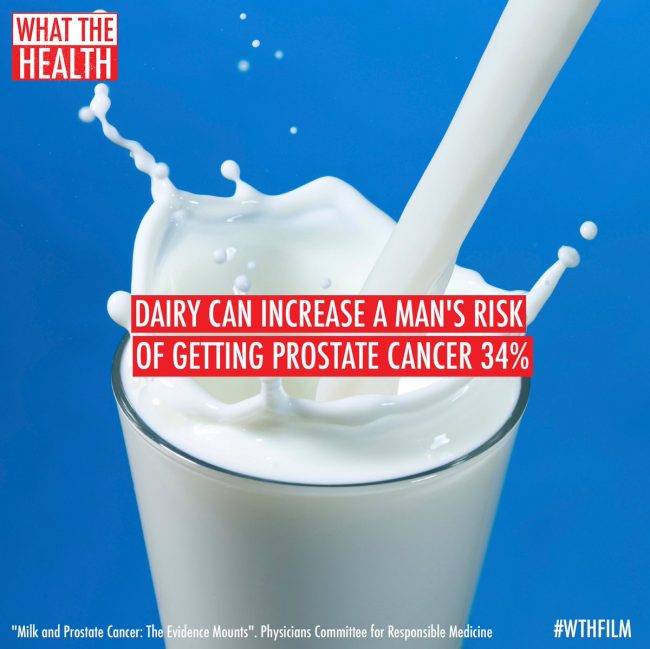 Another shocking part of the meat industry that is revealed by the documentary is that farmers have little to no regard for the environment or the human population that surrounds their land. Andersen visits a community that surrounds a pig farm during the course of the documentary and the residents there are complaining of a number of different health problems and a severe water contamination issue. Yet another fact the animal agricultural industry would prefer the public not to know.

The team at Plant Based News are encouraging vegans and supporters of the documentary to head over to their IMDB page and make a stand against those who are attempting to discredit the documentary. The documentary is currently available on Netflix and is well worth 90 minutes of your time.

So grab a cuppa, head over to Netflix and decide for yourself and if you want to support this documentary then head over to their IMDB page and give them a review!