What would happen if farmland was converted to forest? A new study from Harvard University found that the UK could significantly reduce its carbon dioxide (CO2) emissions by doing so.

The study analyzed two potential scenarios. The first involves turning all pasture and cropland used to produce animal feed into forest. In the second, all pasture is converted to forest and cropland is instead used to grow a wider variety of local fruits and vegetables for human consumption only. According to the Ecologist, the UK imports 90 percent of its produce.

Researchers found that in the first scenario, the UK could offset its CO2 emissions by 12 years. The second scenario sees it offset for nine years. Both scenarios would be able to provide enough protein and calories for every person living in the UK, helping improve food security. The study notes that reforesting land used for farmed animals could also aid the UK in producing plant-based protein like beans and growing more fruit and vegetables. 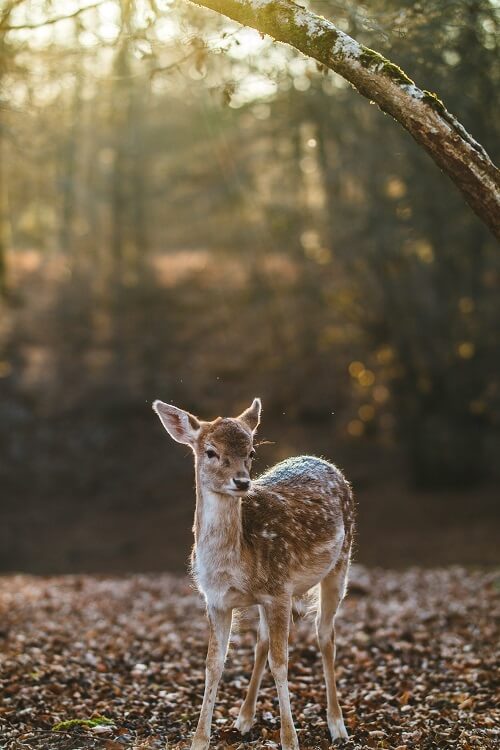 How Reforesting Benefits the Environment

According to a study published in The Lancet earlier this year, animal agriculture is resource-heavy and climate-unfriendly, contributing to greenhouse gas emissions (GHGs), biodiversity loss, and land and water use.

A plant-forward or vegan diet would not only be better for the planet but also help ensure that we can feed the growing human population, which is set to reach 10 billion by 2025. “Even small increases in the consumption of red meat or dairy foods would make this goal difficult or impossible to achieve,” the report states.

In Glenfeshie, a 17,000-hectare estate in the Scottish Highlands, rewilding as proven to be effective. It was purchased by billionaire Anders Holch Povlsen, CEO and owner of retailer chain Bestseller, in 2006. Per The Guardian, he and his partner, Anne, have been acquiring and rewilding land since 1996. Povlsen is currently the largest individual private landowner in the UK, spending £70 million on purchases.

An earlier study from Oxford University shows that if everyone in the world went vegan, land use would be reduced by 75 percent, curtailing climate change and allowing for a more sustainable food system.

Reforesting would help the planet. Both scenarios would allow the UK to meet the targets set by the Paris Agreement. The study emphasizes the need for “radical action, far beyond that currently planned,” in order to reduce GHGs.

The shift toward replacing farmed animal pastures with forests would also provide native wildlife with new homes, allowing populations and ecosystems to flourish.